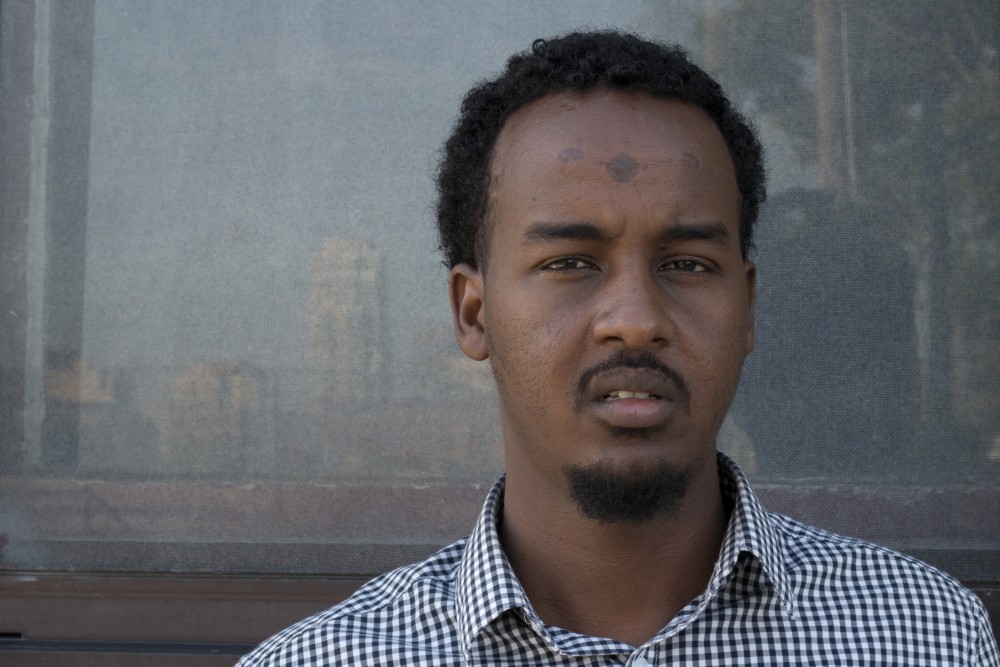 Suud Olat, a contributor to "A Stray" and former Kenyan refugee, poses for a portrait on Tuesday, July 11, 2017 in the Cedar Riverside neighborhood. The 25-year-old, who is also an interpreter at St. Cloud Hospital, hopes that sharing his story through the film will improve the impression of the Somali community in Minneapolis and elsewhere.

Ever since its recent “Scaffold Scandal,” the Walker Art Center has trod carefully around the topic of identity politics.

The release of “A Stray” was a big step in the right direction.

The film, which debuted this year at SXSW, is about a Somali American in Minneapolis who forms an unlikely relationship with a dog — an animal considered impure in the Islamic faith.

A year ago, HBO also tried to make a show about the Somali community in Minneapolis — it was met with protests. “A Stray” was met with applause. The difference was involvement.

“It was just about being around and being visible,” Musa Syeed, the director of “A Stray,” said. “I shared the script with a lot of people, which is really unusual. I felt it was necessary though.”

The Somali community is protective of how they are depicted in the media. Somali teens have seen camera crews filming around soccer fields, only to find the shots were used in reports about terrorism. With “A Stray,” Syeed tried to do something different.

“I believe there should be a multiplicity of voices and perspectives,” Syeed said. “There needs to be a tapestry of stories to represent such a complex thing.”

The film endeavored to show a different side of American identity. Syeed wanted to tell the archetypal Western narrative of “dog and man” from a Muslim’s perspective.

When he was younger, Syeed “couldn’t really relate” to the stories he loved like “Lassie,” because dogs are considered impure in the Muslim faith.

The result is a story about forming a bond with something you aren’t supposed to.

“I wanted to show that differences can remain and we can still find a way to connect,” Syeed said.

Before the screening, Rep. Ilhan Omar, DFL-Minneapolis, spoke to the audience about the importance of narratives in the wake of what she specified to be a “Muslim ban,” not a travel ban.

“We are living through a very hostile time in government,” Omar said. “The arts are the conscience of our society.”

“Rumee,” a film created by Minneapolis Somali Americans, was also screened that night as part of an ongoing series, “Reshaping Our World: Cinema Without Borders.”

“It’s an anthology,” Hamse Warfa, one of the directors of the series, said. The series focuses on showing brief fragments of alternative identities for Somali Americans.

“There was a lot of discussion both inside the community and outside about needing a different perspective than what you see in the media, which is often only coverage involving criminal behavior of a Somali person.”

Warfa, a political activist and social entrepreneur, sees narratives as an integral part of his job.

“I work at the intersection of philanthropy and community, but I see storytelling as an important part of impact making in my work.”

“Rumee,” like “A Stray,” is about the need for positive change.