A long, hard look at Lookbook

The electronic dance duo will be wrapping up their tour with a show in the First Ave. mainroom this Friday. 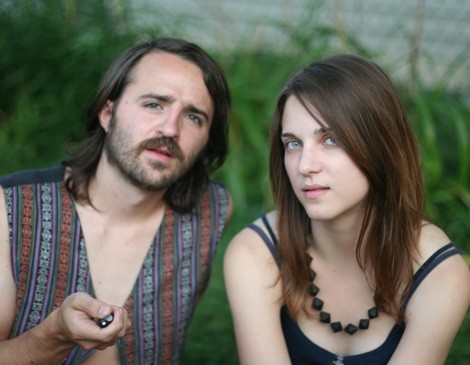 In a city dominated by an ever-burgeoning hip-hop scene and a plethora of lo-fi indie acts, one might expect Lookbook âÄòs âÄô80s-inspired dance-rock to draw snickers and sneers from snarky onlookers. But with a critically acclaimed debut album, a sprawling west-coast tour and a homecoming show this Friday at the First Avenue main room to mark the tourâÄôs end, this statement couldnâÄôt be further off base. âÄúMinneapolis is just so good to us, you know?âÄù Grant Cutler said while sipping coffee in San Diego as he and his bandmate Maggie Morrison take a break from their taxing touring schedule. Formed in 2008, Lookbook are a gutsy collaborative effort between singer Morrison and digital handyman Cutler which has garnered legions of listeners with its flashy electronic dance rock thatâÄôs so unabashedly cheesy it makes Lady GagaâÄôs schtick seem classy. But if this sounds like a knock against the band, itâÄôs not. On their debut LP, âÄúWild At Heart ,âÄù released last September, CutlerâÄôs colossal walls of glossy digital sound paired with MorrisonâÄôs soaring vocals produce a pure, unapologetic homage to the long-forgotten era of glamorous âÄô80s discotheque. While Cutler may have been playing in a punk band before teaming up with Morrison, he insists the shift in styles wasnâÄôt all that jarring given his musical versatility. âÄúSix or seven years ago I got really into electronic music and synthesizers and [expletive],âÄù Cutler said. âÄúBut IâÄôve always liked so many different kinds of music it didnâÄôt seem weird for me to go from one to another.âÄù But Cutler said the pair never had lofty ambitions for the project from the get-go. âÄúIt was, like, six months of just joking around and not really doing anything. Then we kind of figured that we might actually want to make a real band out of this idea, and then we got a show together and it went well,âÄù Cutler said. As Lookbook safely trots under the umbrella of electronic dance-rock, the band doesnâÄôt offer anything unique or different. But thatâÄôs not to say Lookbook is all glam and no guts. Ultimately, the end result is a sleek, finely tuned production that is as respectable as it is cheesy.