Guide to people watching at bars 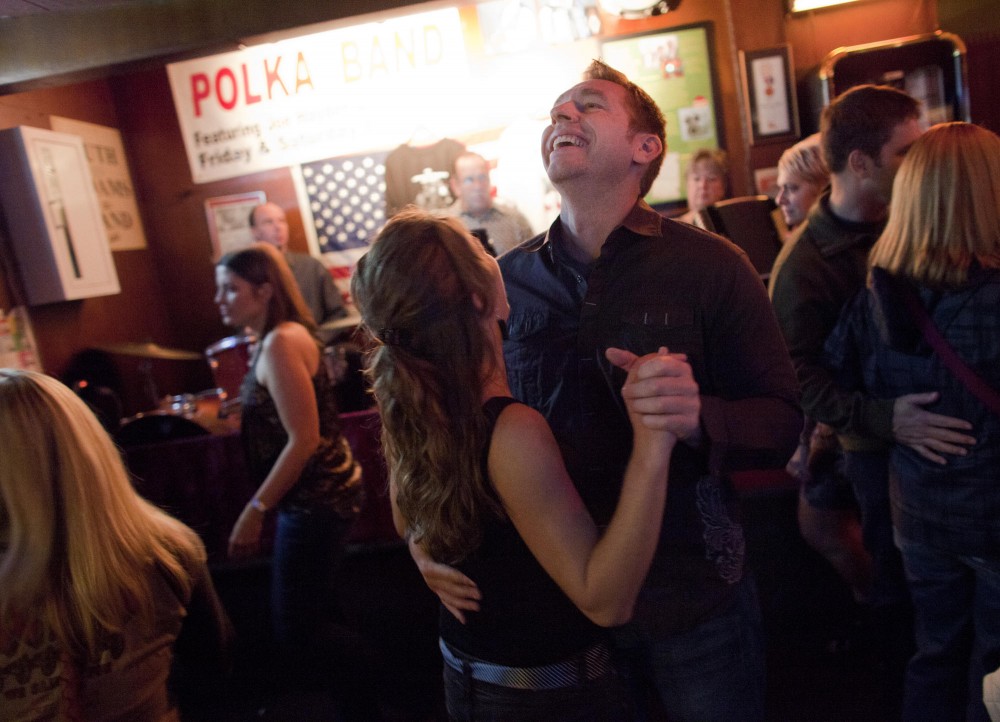 Not every bar hasNorm Peterson-types or a rotating cast of made-for-television personalities for that matter. Fortunately, the Twin CitiesâÄô eclectic music scene and historic pubs will make any student want to go where everyone knows their name or âÄî at the very least âÄî provide some temporary entertainment.

Patrons of NyeâÄôs recognize a clear dichotomy in the 61-year-old bar situated in Northeast Minneapolis: the upscale Polonaise Room is at odds with the old charm of the NyeâÄôs Bar.

Still, this division doesnâÄôt play into the types of crowds NyeâÄôs attracts âÄî the collective hospitality emanating from staff and customers make the rugged dive bar seem familiar even to strangers.

Live music from the WorldâÄôs Most Dangerous Polka Band warms the âÄúoldâÄù side on Fridays and Saturdays, while a piano occupies the âÄúnewâÄù side. Fixtures like these make Minnesota winters bearable.

Loyal regulars frequent both halves, supportingNyeâÄôs for as long as 50 years. These mostly friendly old timers admittedly dominate the bar.

But for thrifty students, Monday is College Night âÄî an opportunity to drink cheaply with longtime patrons. Spending an evening at NyeâÄôs means experiencing the history of the place, alongside heavy boozing.

Like an extended Polish family, NyeâÄôs lineup of classic food matches the old-school vibe. Hearty dishes like cabbage rolls, sauerkraut and Polish sausage add to the timeless dÃ©cor inside. The building itself dates back to 1880.

Old family traditions take the place of standard sports bar themes. ThatâÄôs not to say NyeâÄôs Polonaise doesnâÄôt have Vikings or Twins fans âÄî it just means that it offers genuine devotion, something other than the artificial following a chain might have.

The assortment of alcohol at the Triple Rock doesnâÄôt make the West Bank bar the place to be âÄî itâÄôs the live underground music thatâÄôs attracted hoards of music lovers since the late âÄô90s.

Flocking to the venue for the basic black space and punk aesthetic, music nerds revel in both up-and-coming bands like 4 on the Floor and established acts like Toro y Moi.

The Triple Rock utilizes its small setting with affordable shows and cheap beer. Punk rock lives on in an incredibly close setting that doesnâÄôt hamper the music selection. Even local giants Lifter Puller reunited in 2003 at the club.

Beyond the talent gracing the Triple RockâÄôs stage, the attendees represent a faction of music fans that take independent and local bands seriously.

Possibly the least glamorous of the three bars, the Turf Club makes up for its very banal surroundings with a combination of NyeâÄôs historic prestige and the Triple RockâÄôs eminence in live music.

With Midway Book Store and Ax-Man nearby, the Turf Club seems like an unlikely music joint. If the Triple Rock caters to punk rock, the Turf Club has catered to just about everything. Triple RockâÄôs crowd of followers seems tame compared to the strange sights within the Turf Club.

Take The Clown Lounge for example. Live jazz floats from the creepy basement reminiscent of a David Lynch film. The Monday night venue for âÄúJazz ImplosionâÄù is a peculiar complement to the heavy rock usually pouring out from the back of the Christmas lit main stage.

A true appreciation for cheesiness permeates the people who frequent the Turf Club. Local bands play whatever classic rock or alternative grunge suits their interest at the moment: Trends are irrelevant. The club even hosts B-movie nights courtesy of Trash Film Debauchery where patrons enjoy movies with lackluster, but comedic plotlines.

Once a country-western themed bar, itâÄôs an evolving place that refuses to conform to other saloon standards. Either that or they just donâÄôt care about bar norms or Norms. No oneâÄôs even caught up in usual times for live music sets âÄî guitars and keyboards often emit tunes 24/7.

Mark Mallman probably signifies why the music junkies at the Turf Club represent something unique. The local musician played for 52 hours straight last year, a new level of alcohol-induced insanity.