We The Kings not so regal

Pop-rockers We The Kings are content on their teenybopper path. 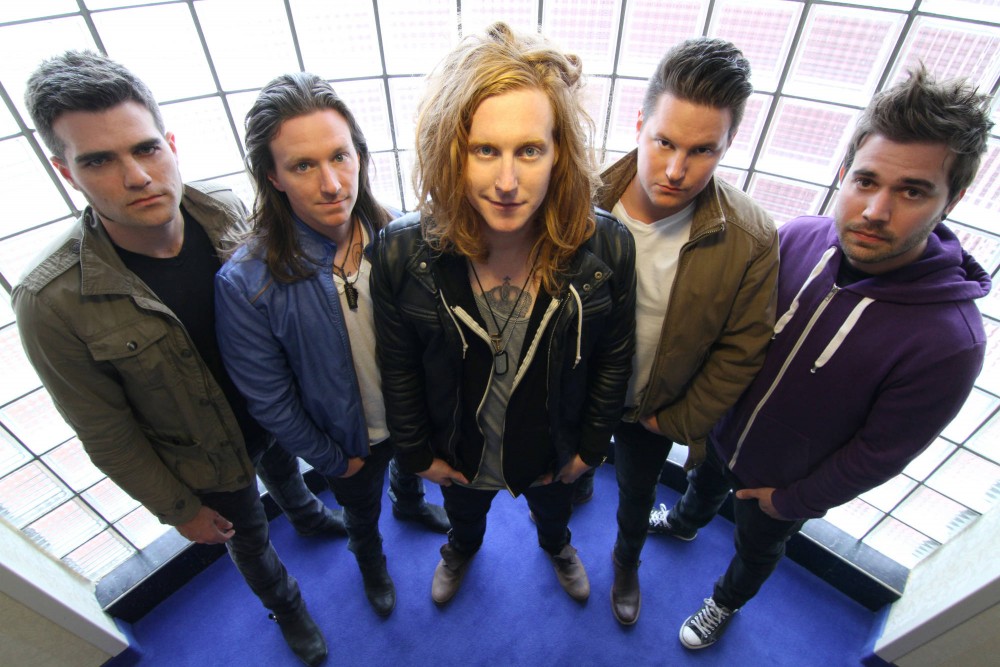 If We The Kings are around, beware a slew of excited teens.

We The Kings are the stereotype of what’s wrong with pop. Their music is banality at its finest — all affected angst, no substance.

Whether they aim to or not, with lyrics chalk full of generic platitudes and romantic tropes, We The Kings’ music still serves their original teen audience — they formed at Florida’s Martha B. King Middle School (hence the name) in an effort to “get girls.”

Travis Clark, the lead singer, knew they’d made it when he heard their breakout single, “Check Yes, Juliet,” on the car radio some five years ago.

“I thought I had the CD playing,” Clark said.

So he enjoys listening to his own repetitive schlock. “Check Yes, Juliet,” with the rain falling outside, the disapproving father and the rocks being tossed at a girl’s window, is the passÃ© song equivalent of John Cusack holding a stereo above his head in “Say Anything.”

But railing on a group for a song off their debut album (albeit their biggest hit to date) when they’re potentially still developing their sound and image is a bit unfair.

At least it would be, if Clark and We The Kings weren’t still putting out the same lame, rehashed Hallmark Valentine’s Day cards.

Take “Say You Like Me,” the second track off of 2011’s “Sunshine State of Mind,” as an example: “I wish my heart was always on her mind/’Cause she’s on mine, like all day, all the time.”

If you don’t agree it’s trouble when the conversational “like” finds its way into a song, the album’s sixth track is even worse. “Sleep With Me”  calls out a girl who’s “the only game in town.” Apparently that’s enough to get Clark’s “heartbeat beating tonight.”

Americans aren’t the only ones subjected to the vapid message of We The Kings.

They’ve made it especially big in Australia, being received “kind of like the Jonas Brothers,” a statement indicative of their generally young, female fans.

They’ve gathered a following over the course of three albums, and are in the process of recording a fourth.

“I will never write the same record twice,” Clark said.

But he might write similar lyrics twice, or three times, or five times — a phenomenon that somehow doesn’t leave a bad taste in the mouths of fans.

Clark says this fourth album’s defining characteristic is that the majority of the tracks feature what they call “gang vocals,” which will give it a more anthemic quality.

Clark prides himself on being the sole songwriter for the group — it allows him to make a song “perfect” in his eyes before presenting it to the rest of the guys.

What: We The Kings