Minnesota lost its first game of the season despite six threes from Destiny Pitts. 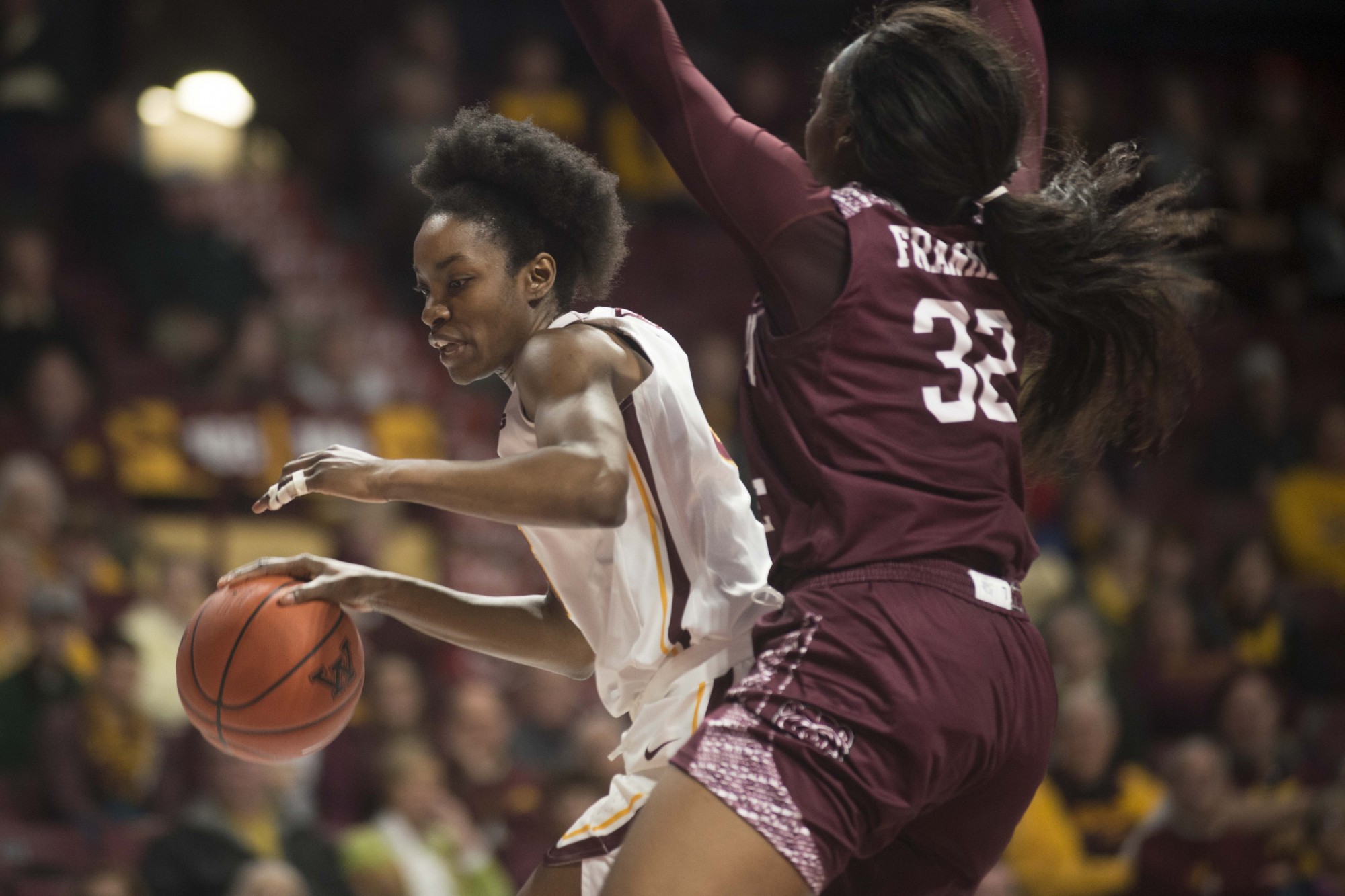 Guard Taiye Bello carries the ball through traffic at Williams Arena on Tuesday, Nov. 5. The Gophers fell to Missouri State 69-77.

The Minnesota women’s basketball team was unable to hold off the Missouri State Lady Bears as the Gophers lost their home and season opener 77-69. Missouri State jumped out to an early lead in the game and never looked back.

Junior forward and dangerous three-point shooter Destiny Pitts led the Gophers with 18 points and six assists. All of Pitts’ points came from behind the arc, as she was six of eight from the three-point line. Senior point guard Jasmine Brunson added 14 points, five assists and two steals.

Because it was the first game of the season, both teams fell victim to sloppy play. Despite winning the game, Missouri State committed 26 turnovers while Minnesota committed 19.

A major turning point in the game came after senior forward Taiye Bello committed two fouls within the first 90 seconds of play and was on the bench until midway through the second quarter. The Gophers struggled without Bello on the floor and were down by 13 points at the end of the first quarter.

“We talk a lot about defending without fouling,” head coach Lindsay Whalen said. “One was an offensive foul on a moving screen, I believe. So just all things we’ll need to keep working on and keep learning from.”

After implementing a full-court press, the Gophers were able to cut Missouri State’s lead to three with about two-and-a-half minutes left in the third quarter thanks to a three-pointer from Pitts. Despite this, Minnesota was never able to complete the comeback.

“Down the stretch they just kind of made the plays you would expect from a team that had been in those situations,” Whalen said. “They made every free throw, they had an answer for every run we had.”

The loss to Missouri State is only the second loss to a nonconference opponent since Whalen took over as the head coach. Minnesota will look to bounce back this Sunday as the Gophers take on the Vermont Catamounts at 2:00 p.m. at Williams Arena.