The pride parade isn’t the only must-attend event this week. 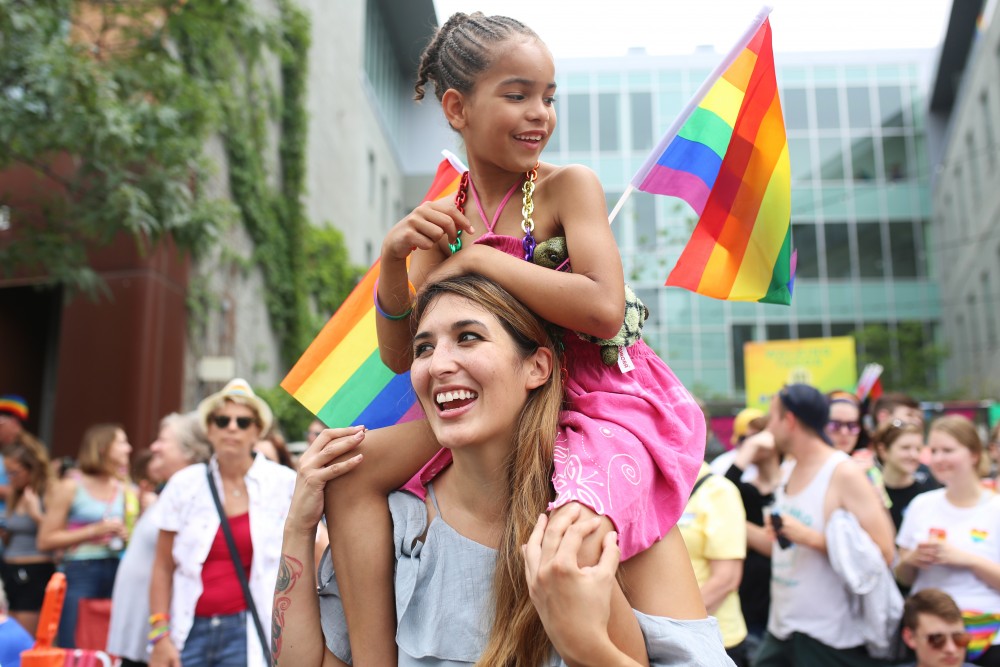 Natalie Deeble and daughter Saniya watch as the Pride Parade marches down Hennepin Ave in Minneapolis on June 24, 2018.

As Pride month comes to a close, what better way to celebrate the LGBTQ community than to attend events that highlight (and financially support) local queer artists in the Twin Cities?

Here’s A&E’s guide to a handful of events happening this week.

Since its start in 1993, the Queer Voices reading series has featured and celebrated  Minnesota-based LGBTQ writers and poets and remains the longest-running curated queer reading series in the United States. This event will feature readings from a group of the 44 queer poetry, fiction and nonfiction writers included in the volume.

Wednesday: SciPride at the Bell Museum

The Bell Museum is celebrating SciPride this Wednesday to recognize the contributions of LGBTQ scientists. Through a handful of Lightning Talks hosted by University students, postdoctoral researchers and research staff, museum-goers can learn about topics ranging from gene-edited tomatoes to climate-smart foraging.

Ever wanted to try drag performance but maybe haven’t because you’re not really sure how it works? This is the event for you. Hosted by Stacy Layne Matthews, a drag queen who appeared on RuPaul’s Drag Race in 2011, the event is designed to be a welcoming and loving environment for drag performers who have never done a paid gig.

Cost: $15 for show ticket and meet and greet with Stacy Layne Matthews after show

The Bryant Lake Bowl Pride Block Party is a free event featuring a handful of punk rock bands and burlesque performers. The event is zero-waste and a percentage of the proceeds generated will be donated to OutFront Minnesota, a statewide LGBTQ advocacy organization.

Queertopia, an annual queer art performance and exhibition, is curated by LGBTQ artists of all races and identities with the intent of highlighting and celebrating queer artists in the Twin Cities. This year’s exhibition addresses a conversation about crisis and  response with care and adaptability in a time of emergency. Queertopia is sponsored by the 20% Theatre Company, which promotes the work of female and transgender performance artists and writers in Minnesota.

Where: In the Heart of the Beast Puppet and Mask Theatre, 1500 East Lake St., Minneapolis

What would Pride weekend be without a drag brunch … for dinner? Because what’s better than sitting in a covered glass patio overlooking the city while drag queens sing and dance around you to Lady Gaga and Madonna? Not much. Better grab your tickets soon, because this is the only time slot that isn’t sold out already!

Cost: about $14 per person, not including entree