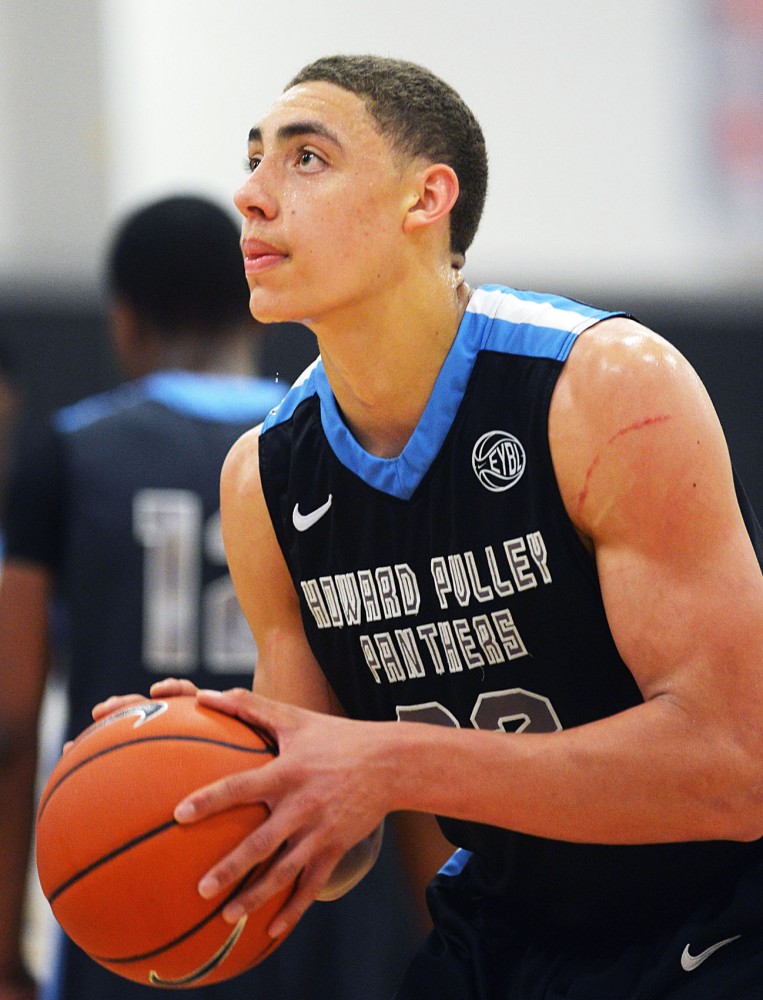 “That’s one of the biggest things for me,” said Travis, a junior at DeLaSalle High School in Minneapolis. “You want to build a relationship with the staff because that’s who you’re going to be with for four years and that’s who’s going to be guiding you.”

For a new Gophers basketball staff hoping to lure the 2014 recruit, one relationship has proven vital.

His legacy carries weight with Travis.

“I think [Johnson] going to DeLaSalle and kind of being a mentor in that aspect of it … is going to be a strong attribute to them [in recruiting me],” Travis said.

“When they see something they like, they go after it,” he said. “Not too much pressure, but you can still tell that they’re very interested.”

If Minnesota lands Travis — the No. 41 recruit in the class of 2014 by Rivals.com — some of the state’s other top talent could follow. Travis is one of Minnesota’s “Big Three” recruits for 2014, along with Apple Valley point guard Tyus Jones (No. 3) and Robbinsdale Cooper guard Rashad Vaughn (No. 6).

Vaughn said he looks at who he’d play with when evaluating colleges.

But Travis didn’t seem concerned with where other recruits commit.

“It doesn’t affect me too much,” he said. “I’m just looking at the school itself and just trying to pick for me. You get caught up in where everyone else is committing and that just causes a whole other set of problems.”

Listed at 6 feet 8 inches, 240 pounds, Travis offers an inside presence Minnesota may lack with the departures of senior forwards Rodney Williams and Trevor Mbakwe. He averaged 20 points and 12 rebounds at last weekend’s Nike Elite Youth Basketball event in Eagan as his AAU team — Howard Pulley — went 5-0.

Travis enjoys a physical style of play — something he would see often in the Big Ten.

“When [the referees] are letting us play and use our physicality … I think that plays into my game,” he said.

Some of Travis’ toughness on the basketball court comes from his experience on the football field. He has several scholarship offers to play football as well, but Travis said the choice of school will come before the choice of sport.

“I think at the end of the day … what you want to get is a good education,” he said, “so that’s what I’m looking for in a school, and a sport comes second.”

Travis said he hopes to narrow his list of colleges to three or four schools in the fall.

“[The Gophers] are pretty high up there — especially being from [Minnesota] and the relationship I’m starting to build with the coaches,” he said. “They’ve got strong interest from me.”