Rhoda and Demry Croft had been co-starters for the first two games of the season. 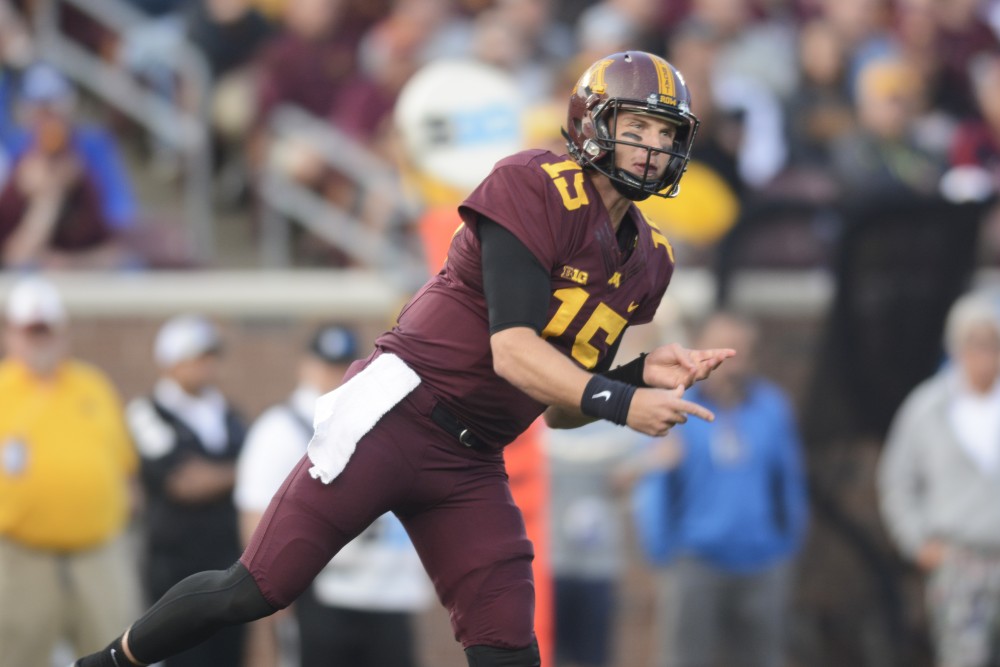 Rhoda shared the starting duties with redshirt sophomore Demry Croft for the first two games of the season.

Head coach P.J. Fleck said in the past he wanted to wait for one of the two to take control of the whole team.

Rhoda completed seven of his eight attempts against Oregon State Saturday, good for 158 yards and one touchdown pass.

Croft fumbled the ball on his first drive against Oregon State, and went to pick it up rather than fall on the ball. Croft sat for most of the game after the fumble.

“One of the reasons why I didn’t play Demry in the second half was because he tried to pick it up,” Fleck told reporters after the game. “It’s a teaching moment.”

Up until this season, Rhoda only had one career start under his belt, which came in the game against Maryland in 2016.

The redshirt senior will have his first solo start of the season this Saturday against Middle Tennessee State at TCF Bank Stadium after being a co-starter with Demry Croft previously.