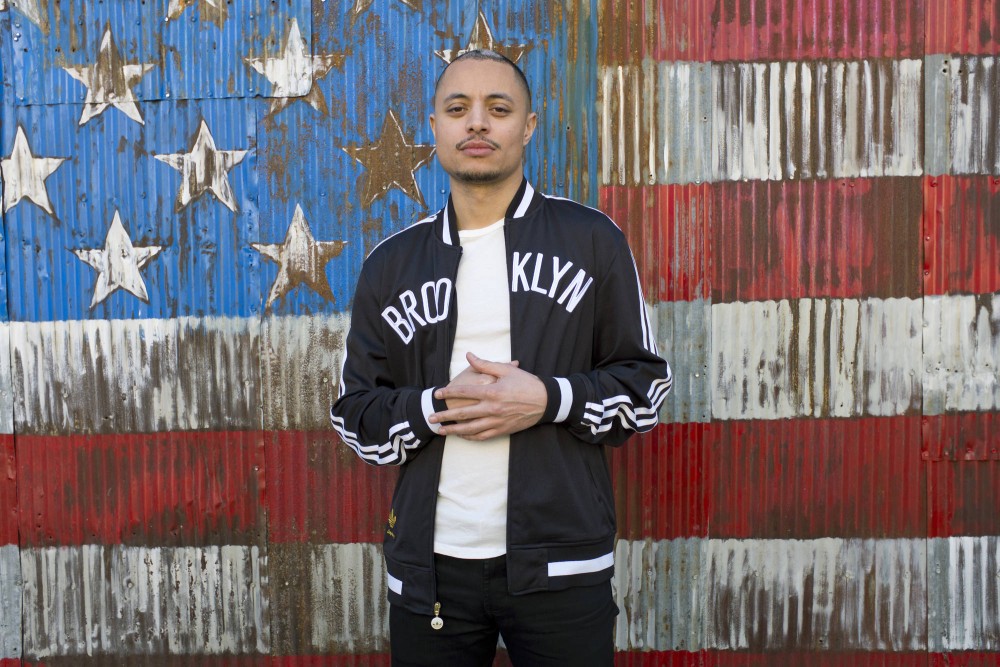 Though considered a jazz vocalist, James rejects the label because he says it narrowly typecasts him and leaves no room for growth or permutations of outside influences.

“The major artists who we consider the creators of jazz got to a point where they stopped using it,” James said.  “Duke Ellington, Miles Davis, John Coltrane — they rejected the term because they felt that it got to a point where it limited them.  It immediately sums up one of two things — pop like Michael BublÃ© or 1950’s bebop.  It’s difficult to use the term and present something new because people say, ‘This isn’t jazz.’”

James’ music is neither.  He channels rich vocal traditions established by Billie Holiday and Nat King Cole and fuses them with hip-hop.

Despite James’ father’s career as a tenor saxophonist, James never gave music a serious consideration until he was a teenager.

“My voice changed when I was 14, and people would say, ‘Why don’t you try singing?’” James said.  “I joined choir because there were a lot of girls in it.”

Though James is not a musician looking for validation, he gleefully admitted this decision proved fruitful.

“I wasn’t tall enough to play basketball, so you have to do something,” James said.

Joining Minneapolis’ South High School’s renowned jazz band further imbued the love of the music in James, setting him on a trajectory that led him to the New School for Jazz and Contemporary Music in New York City.  Though he was only there for one year thanks to a record deal, the school gave James opportunities to play with other star-power talent (alumni include Brad Mehldau, Roy Hargrove and Robert Glasper) and an endless web of connections.

The New School made James realize jazz existed beyond the narrow, media-safe definition of the genre.  It’s not just the dictionary definition of “jazz” James finds pejorative, but the audience’s unchanging perception of the word.

“Depending what country you’re in, jazz has a different meaning,” James said.  “For me, jazz means a high level of artistry and musicianship, and some form of improvisational expression.  It’s splintered off into hundreds of subgenres.  I don’t think there’s any one definitive movement or personage the way it has been historically.”

By that definition, James is a jazz musician.  But labeling him is a fool’s errand, since he draws inspiration from countercultural pop luminaries.  His latest album, “No Beginning No End,” melds the R&B slickness of Bilal with the testimonial power of Frank Ocean and the minimalism of James Blake.

“My favorite Marvin Gaye album is ‘I Want You,’” James said.  “It’s such a full album, and I love Leon Ware’s writing.  [He] came from jazz, and you can hear the complexity.  I love the lush harmonies.”

Beyond his American peers, James draws elements from international music trends.  He’s been surprised by places such as Finland and London, which have excellent, little known jazz scenes.

“They’re aware of the American jazz scene, but they’re also free to do whatever they want,” James said.  “They don’t have the same cultural weight.”

James is also fascinated by the jazz culture in Japan, where it has more youth appeal than other countries.

“Japan has something called club jazz — I’ve actually considered club jazz over there — and it’s more connected to DJ culture and playing the club,” James said.  “You’ll find a lot of musicians working with DJs, working with different setups, and it’s not about long solos and improvisation.  It’s about dancing and making music that grooves hard.”

Making music that grooves hard is James’ strong suit and is what he aims to continue doing on his next album, “While You Were Sleeping,” set to release June 10th on Blue Note.  It differs from the rest of James’ oeuvre because it was written mostly on guitar, which James picked up during a touring lull last year.

“Writing on guitar lends itself more toward rock, singer-songwriter or folk, and it felt refreshing,” James said.  “I wanted to make an album that felt more of its time and rocked a little harder.”

Appropriating these elements furthers James’ crusade, taking him one step closer to the genre-less world he envisions.

“What’s happening now is that people are more into artists and not genres,” James said.  “What I would love is that people would listen to music without thinking about, ‘What is it?’”