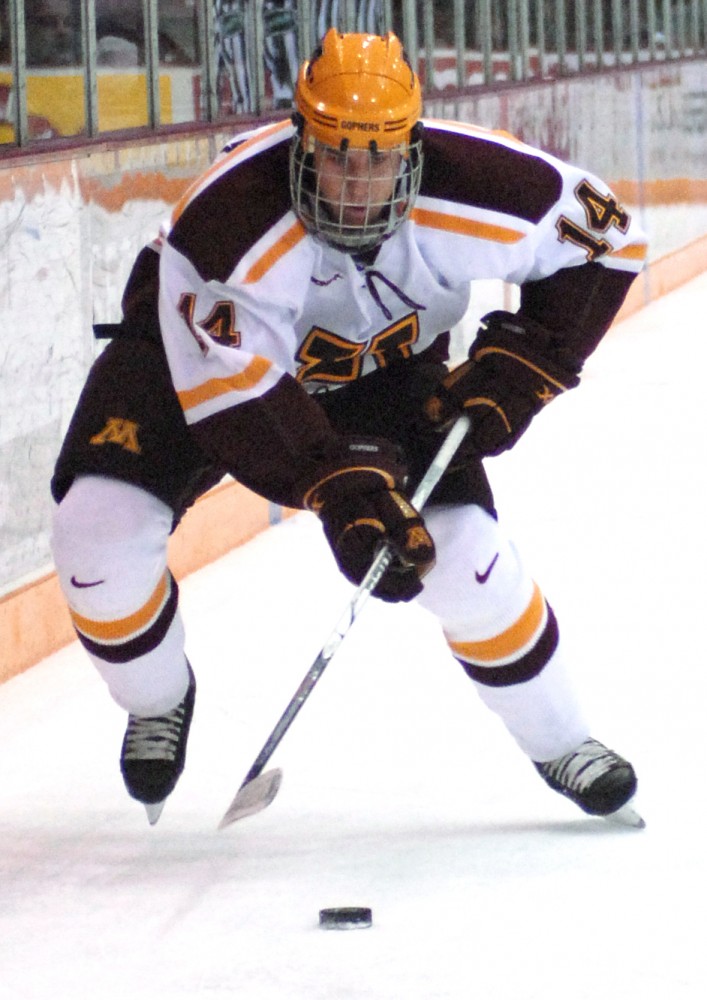 BC is coming to Mariucci Arena this weekend. However, itâÄôs probably not the BC youâÄôre thinking of âÄî the Boston College program that knocked the Minnesota menâÄôs hockey team out of the NCAA tournament last year. Instead the Gophers will open up the 2008-2009 season with an exhibition contest against British Columbia on Friday night at Mariucci Arena. The opener begins at 7 p.m. The Thunderbirds have never played Minnesota but are 0-2 against Western Collegiate Hockey Association teams this season, falling 6-2 to Alaska Anchorage last Saturday and 3-0 to St. Cloud State on Wednesday. The Gophers have seen two members of the British Columbia squad, though. Sophomore forwards Tyler Ruel and Jordan Inglis skated for Wayne State last season in a pair of losses to Minnesota before the Warriors dropped menâÄôs hockey after last year. Minnesota will also have some fresh faces of its own this year, with 12 incoming freshmen, who will be expected to contribute immediately, said senior forward and newly named assistant captain Justin Bostrom. âÄúI think weâÄôre all excited about the freshmen, as we know itâÄôs a big group. ThereâÄôs been a lot of enthusiasm; weâÄôve seen them all summer working hard,âÄù Bostrom said. âÄúWeâÄôve got a lot of guys with a lot of skill; theyâÄôre going to be making a big impact.âÄù FridayâÄôs exhibition game, followed by a simulated game Saturday, will be all the preparation the freshmen will get before jumping right into WCHA play next weekend against St. Cloud State. âÄúIt will be good for them to get their feet wet so to speak,âÄù Gophers coach Don Lucia said. âÄúTheyâÄôre not going to be able to stick a toe in; theyâÄôre going to have to dive right in.âÄù Runners head to UMD With pre-nationals a week away, Gophers womenâÄôs cross country coach Gary Wilson is keeping his top runners on the sidelines for this weekendâÄôs Pine Hills Invitational in Carlton, Minn. Minnesota-Duluth hosts the meet while MinnesotaâÄôs competitors will be mostly those who arenâÄôt running next week at the pre-nationals in Indiana. The Pine Hills Invitational is scheduled to start at 10:45 a.m. on Saturday. The Minnesota menâÄôs cross country team is off for the second straight week. Rowing at the Rock The Minnesota womenâÄôs rowing team is also in action this weekend with the Head of the Rock on Sunday in Rockford, Ill. In a varsity-only competition, Gophers coach Wendy Davis said several of her athletes will be doubling up between the varsity four boats and the varsity eights. A week after sweeping the Head of the Mississippi to begin the fall season , Davis said the team is still getting situated and boats have yet to be permanently filled. Minnesota brought in its best recruiting class in school history to match an already experienced corps of returners. Some of those freshmen will already be competing for the varsity this weekend.