Max and the melancholic monsters

Maurice Sendak's "Where the Wild Things Are" gets a Spike Jonze makeover. 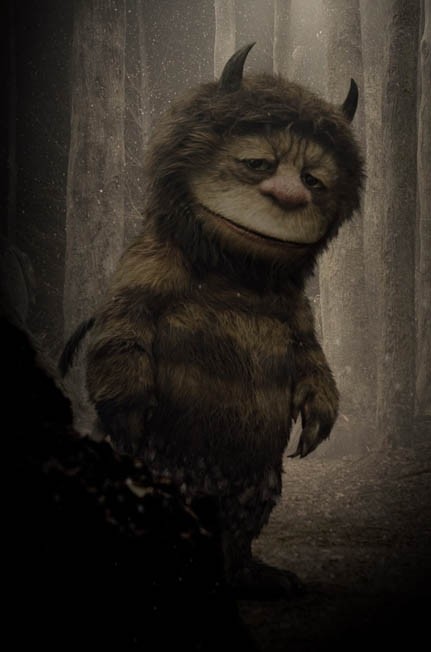 Carol's in no mood for a wild rumpus. PHOTO COURTESY WARNER BROS.

âÄúWhere the Wild Things AreâÄù DIRECTED BY: Spike Jonze STARRING: Max Records, Catherine Keener, James Gandolfini. RATED: PG SHOWING: Area theaters Adapting a beloved classic to the silver screen always presents some risk, but with âÄúWhere the Wild Things AreâÄù it could have been a big problem. The original book consists of just a few short sentences, forcing anyone who attempts to film a feature length adaptation to deviate greatly from the source material, which, history shows (most recently âÄúWatchmenâÄù ), can enrage purists and alienate fans of the original. Fortunately, director Spike Jonze was at the helm, and while his film doesnâÄôt function exactly like Maurice SendakâÄôs original work (how could it?), the liberties taken in expanding the book result in a fascinating exploration of a restless youth and his woebegone beast buddies. The film begins as the book does, with our young hero Max (Max Records) donning his wolf suit, chasing his dog around the house, fork in hand, screaming and causing a ruckus. The story is planted in familiar territory, but quickly grows into something new as we learn that Max not only has divorced parents, but a sister who is growing up and out of childhood games. In this version, Max has a reason for his restlessness, and he transforms from a motiveless wild child to an angsty scamp who just doesnâÄôt know how to cope with frustration and powerlessness. The young Max RecordsâÄô nails the role, exploiting the characterâÄôs loneliness and restless inner turmoil. As Max sails away and meets his monster pals, the family dynamics resurface. Turns out the wild things, who in the book are simple creatures dazzled by MaxâÄôs ability to stare them in the eyes, are a lot more complex than we realized. TheyâÄôre as restless and lonesome as Max, and even more impotent. Their tremendous physical strength amounts to nothing because they have no use for it; it doesn’t help them figure out how to make one another happy. It is remarkable that out of such a simple source, Spike Jonze and writer Dave Eggers were able to construct such a complex yarn. Of course, Eggers knows a thing or two about family drama (Read: âÄúA Heartbreaking Work of Staggering GeniusâÄù), but the attention to character and emotional depth merits high praise. While the book was in essence a story about anger, the film becomes much more about anguish, and we sink into a swamp of sadness and desperate melancholia that permeates all of the charactersâÄô lives. At times, it bogs the story down, but in other spots the gloom provides unrivaled poignancy. JonzeâÄôs direction only furthers the film’s emotional appeal. His stylistic detailing has always been admired, but the totality of his skill is on full display in this film. The camera functions in pathetic fallacy, highlighting MaxâÄôs anxiety with jagged movement when he stomps around, sitting in quiet contemplation as Max talks life with the wild things and tracing every moment of jubilation when the group romps through the forest without a care. Empathy is certainly more accessible with these monsters than those of other films. CGI can oftentimes kill a movie, going against its intended effect by abruptly ripping the audience out of their suspension of disbelief. Not the case with this film; the team from the celebrated Jim Henson’s Creature Shop clearly worked hard to imbue these creatures with an inherent human quality, and in a world that is so fantastic, the CGI blends into the illusion. The outstanding vocal cast also provides a source of emotional depth to the monsters, but James Gandolfini stands above the rest. His performance as Carol is sensational as he wheezes in lamentation, shouts with joy, laughs with his friends and cries out of unrequited love. In short, he displays the entire range of human experience in the short time allotted to him. At times we feel sorry for Carol, at times he terrifies us, but all the while we can associate his pain with our own experience. At times the film falls victim to the gravity of its story and other times it lacks a course, but as a whole, âÄúWhere the Wild Things AreâÄù provides us with a deeply invested portrait of youth and the capricious sensations that come with it. 3.5/5 Stars