Vonnegut can finally rest in peace 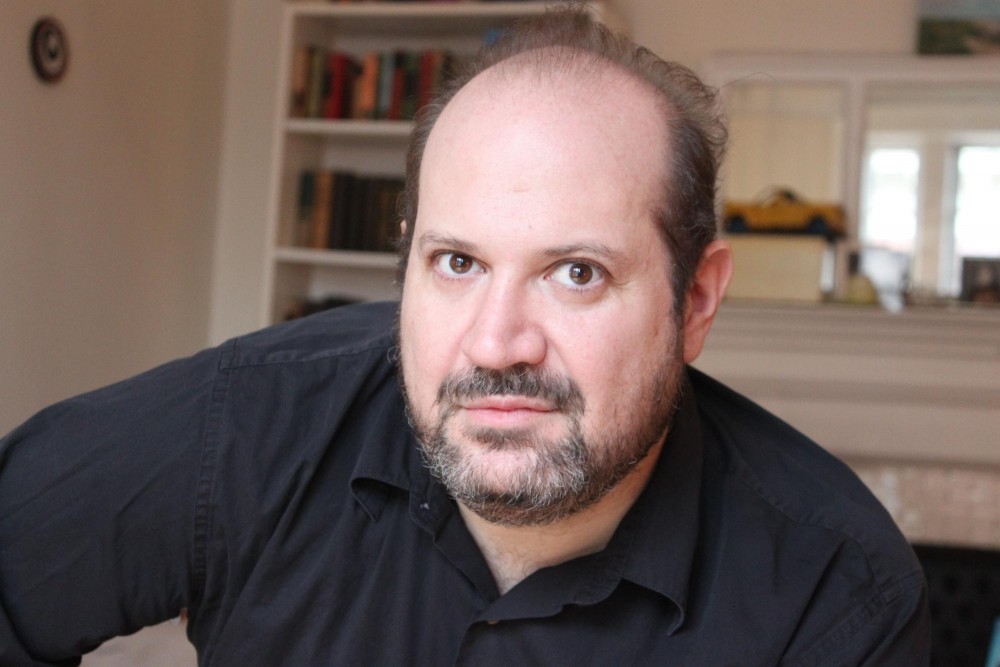 Author of "The Ask" and professor at Columbia University, Sam Lipsyte

For the past couple of decades, literary satire addicts have been aimlessly wandering the shelves of Barnes & Noble, their anxious eyes perusing the titles while they shake and twitch uncontrollably.

Full-fledged withdrawal symptoms have moved in and made themselves at home. They awake at night abruptly, drenched in sweat, stumble out of bed and hysterically snatch their worn copies of âÄúCatâÄôs Cradle.âÄù

Vonnegut slowly starts to flow through their bloodstream; they take a deep breath and let his words gently calm them back to sleep. The addicts have been desperately waiting for a new hero with a witty pen to deconstruct this sad, phony world we call home âÄî while making them lol, of course.

Hyperbole aside, in March of 2010, Sam Lipsyte published his third novel, âÄúThe Ask,âÄù breathing life back into the nearly forgotten satire genre.

The book tells the tale of the paradoxical anti-hero Milo Burke, a recently fired and then re-hired development officer at a mediocre university in New York with a wife and kid to support. HeâÄôs apathetic, self-loathing and past his prime, and heâÄôs fully aware of it. Yet somewhere within his exhausted, futile existence thereâÄôs an undeniable source of honesty that emerges.

After being fired from a job he despised for verbally incinerating the stuck-up daughter of a prolific financial donor to the university, heâÄôs offered the chance to get his job back. All he has to do is get money from a potential heavyweight donor âÄî his filthy rich former college comrade.

The brain-parent of this hilariously insightful novel, Lipsyte, is the author of two prior novels and a collection of short stories.

Oh yeah, he teaches at Columbia University in New York as well. In the premature phases of writing âÄúThe Ask,âÄù Lipsyte knew he wanted to write about a character with his back against the wall, under financial duress, but the novel had yet to find its direction. Then on one fateful day, while sitting in a meeting, it hit him.

âÄúI started to hear the language of fundraising and development. In particular the word âÄòaskâÄô used that way. âÄòWeâÄôre going to make an ask.âÄô It clicked for me in that moment, and thatâÄôs when I realized that was what I wanted to do for the book,âÄù he said.

The direction that it takes leads down a humor-laden path that will have you laughing out loud like the latest viral YouTube video. The comedy isnâÄôt imposed upon the reader, nor does it interfere with the flow of the plot. Rather, it naturally spawns from LipsyteâÄôs pen.

âÄúIâÄôd be lying if I said that humor wasnâÄôt a major part of the novel, but I donâÄôt sit down and say âÄòtoday IâÄôm going to write a comic novel,âÄôâÄù**** he said. âÄúItâÄôs sort of how I often see things, and so it does come out naturally that way.âÄù

Tomorrow, Lipsyte will be coming to Minneapolis for the first time. And heâÄôs excited.

âÄúI grew up listening to bands like The Replacements and HÃ¼sker DÃ¼, so IâÄôve always sort of imagined Minneapolis sitting there listening to the records I had,âÄù he said.

Magers and Quinn Booksellers in Uptown will be hosting the event, and satireâÄôs new savior will be reading excerpts and taking questions. ItâÄôll be just one stop on his tour supporting the novel.

âÄúI think itâÄôs a great opportunity to go out and meet people in other places and share my work. I think itâÄôs kind of an honor,âÄù he said.