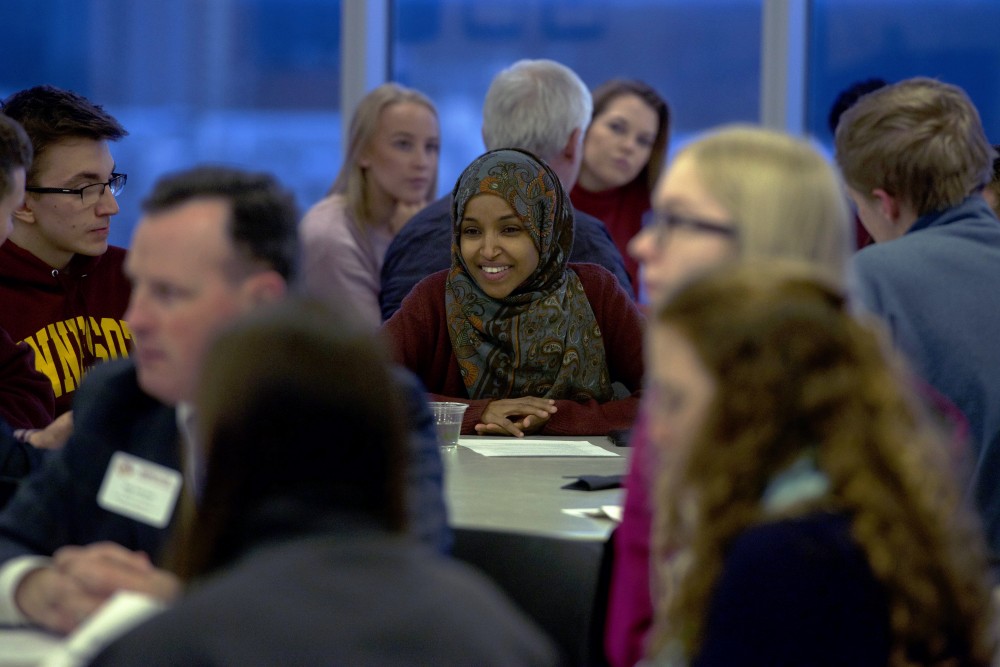 The Minnesota Student Association hosted nine bipartisan state legislators at the TCF Bank Stadium clubhouse for their final forum of the semester.

The event, dubbed “Cookies with Constituents,” was a first for MSA, and let students and legislators discuss key student issues in small group settings. Legislators were urged to support the bills by MSA government relations members.

With help from Rep. Ilhan Omar, DFL-Minneapolis, MSA is working to alter the definition of a lease so students can fully understand rental conditions before committing to them. The legislation would also help clarify when leases end and allow tenants to affordably pursue housing disputes.

Legislation to expand medical amnesty to nonalcoholic drug related incidents is backed by House Speaker Kurt Daudt, R-Crown. A different bill would provide immunity from prosecution for certain alcohol or controlled substance violations for sexual assault victims and anyone assisting them.

MSA is also advocating for money for a Pillsbury Hall renewal and Higher Education Asset Preservation and Replacement funds. The requests add up to $224 million in state funding.

“I think connecting with the people who are going to be leading the future is important, and I wanted to come down and help out,” said Rep. Dario Anselmo, R-Edina.

Small-group discussion also wandered to areas like impacts the federal tax bill recently passed by the Senate might have on the University and grading criteria for PSEO students.

This is the second MSA event this semester where students talked with legislators. The other was held on Election Day, Nov. 7, and hosted Omar and Dziedzic for a question-and-answer session.

“I thought that the last one was fun,” Dziedzic said. “It’s important to connect with all of my constituents and hear their ideas.”

Legislative engagement has been a point of focus this year, said Max Hurst, MSA’s government and legislative affairs director.

“We want to meet with legislators as much as possible so that we can build those relationships. When you can put a face to an issue, I think that’s super helpful in advocacy,” he said.

Hurst says that MSA hopes to make the discussion an annual event.

“We’re excited to provide more opportunities for advocacy and for students to be heard,” he said.