One remedy the study suggests is implementing a rideshare program. 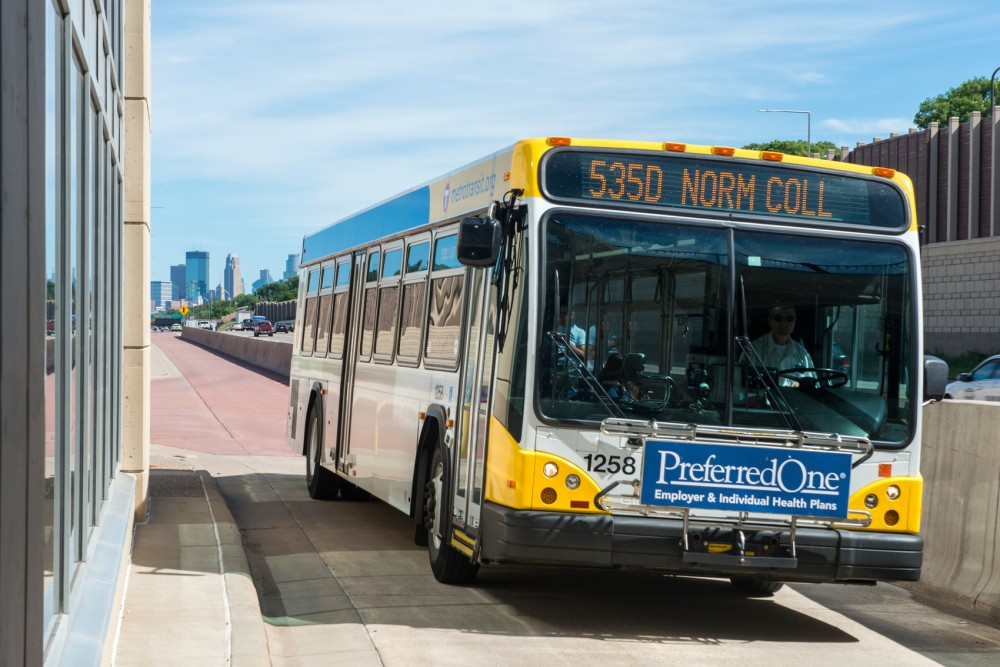 A 535D bus bound for Normandale Community College pulls into the I-35W & 46th Street Station on Tuesday. A new University study finds public transit as the most important link and limitation between job seekers and their quest to find and hold employment, as many positions are far away from citizens homes.

Many qualified job-seekers in the metro area remain unemployed because they can’t find transportation to work, a new study found.

The study, published by the University of Minnesota’s Center for Transportation Studies and released to the public late last month, found urban workers are often qualified for entry-level jobs but have no way of reaching those jobs in the suburbs. Additionally, the study found that urban workers often lack qualifications for jobs close to them — creating what the researchers have coined a “spatial and skill mismatch.”

“So our research is looking to lay out an approach to reconcile those mismatches by coordinating transit planning, job training and job placement services,” said Andrew Guthrie, a research fellow at the University’s Humphrey School of Public Affairs and one of three co-researchers who authored the study.

When qualified applicants get to potential jobs, it puts employers in a bind as well, said Oriane Casale, assistant director of the Labor Market Information Office at the Minnesota Department of Employment and Economic Development.

“If they are missing a car in our current system, the bottom line is that they need to have reliable transportation. If you can provide that with transit, then you are giving them a similar advantage that having a car would have,” said Frank Douma, director of the state and local policy program at the Humphrey School.

With the simulation, the study found that the future transit corridors would help workers from North Minneapolis — where the mismatch is concentrated — reach more jobs.

“Transit plays a role in connecting disadvantaged workers with job opportunities, but it could be even more effective if efforts to get workers to the jobs they need were better coordinated with efforts to give them the skills they need for those jobs,” Guthrie said.

“Getting people quickly and efficiently across town on a light rail line to a transit station within a mile or two of their workplace is great, but then they have to get that last mile or two in — in an often unfriendly suburban street environment,” Guthrie said.

Efforts to curb this transit-less “last-mile,” which Guthrie said is often difficult for traditional buses to navigate reliably, are turning to nonconventional ways of transportation.

“That calls for things like district shuttles, hopefully with some participation on the part of the employer … even car and bike-sharing programs,” Guthrie said. “Even possibly partnerships with ridesharing companies to get that commuter the distance from a transit station to their actual workplace.”

He said that he thinks employers and local governments should play a more critical role in these efforts than they traditionally have because they are the ones who need workers and who chose to locate where they did.

“It’s going to come back to the Met Council because the Met Council kind of does both of those. They do transportation planning, and they also have a role in economic planning,” Casale said. “Because if [transportation is] not there, employers are not going to be able to find the workers they need, period, and end of conversation. That’s where we’re at right now.”