About 20 percent of Jewish students on campus reported they felt their group was respected in 2018, compared to about 42 percent in national surveys. 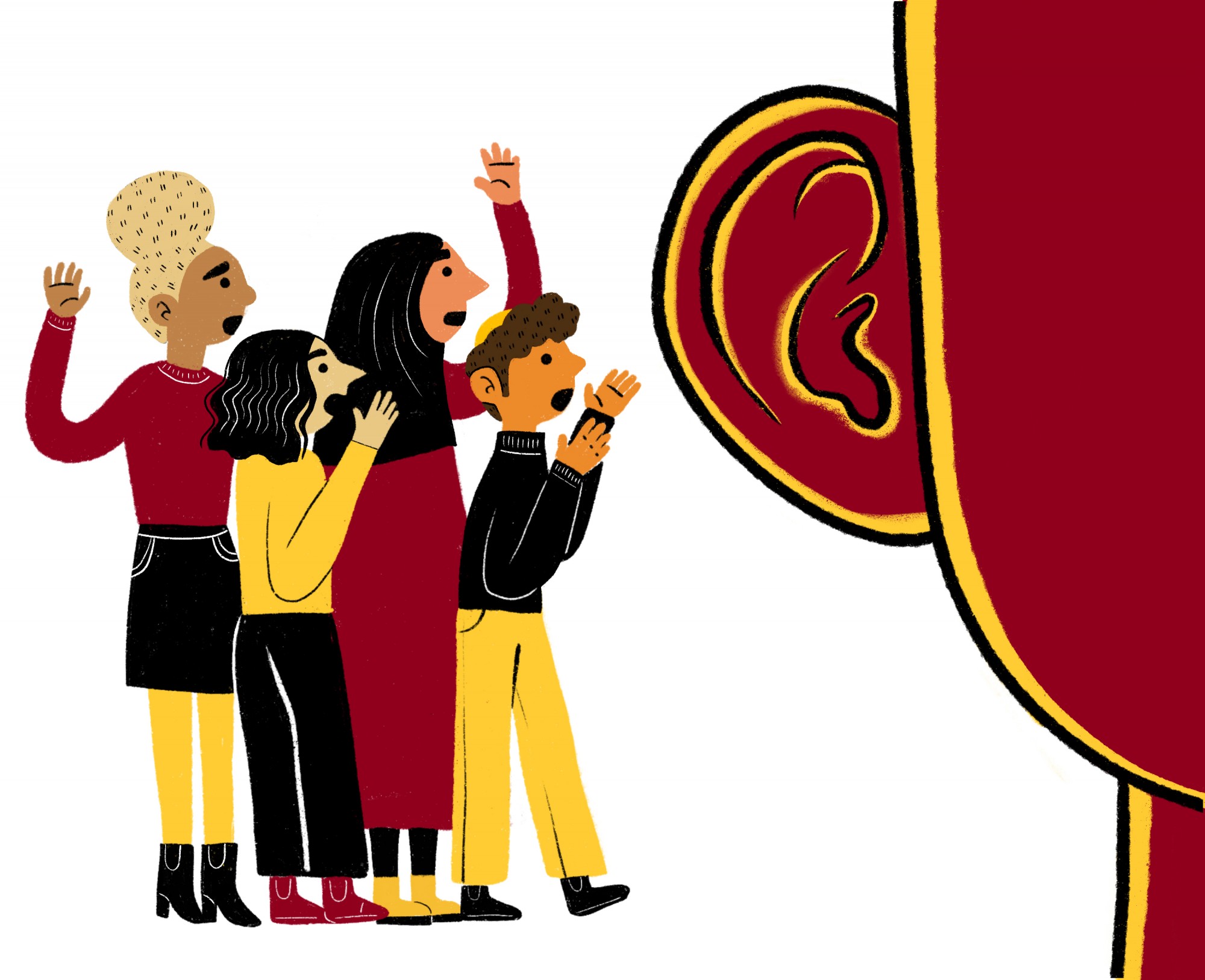 Last month, several swastikas and the phrase “white power” were graffitied in a bathroom stall at the University of Minnesota Law School.

Law School Dean Garry Jenkins was quick to condemn the vandalism in a statement:

“We were – and continue to be – angered by the hateful, anti-Semitic language and imagery that was found in our building last month. It was despicable and has no place on our campus or in our community.”

The several anti-Semitic incidents on campus in recent years can do more than make students feel unwelcome, making them feel unsafe. About 20 percent of Jewish students on campus reported they felt their group was respected in 2018, compared to about 42 percent in national surveys, according to figures presented to the Board of Regents last month.

“In my six years as the Hillel director on campus I have yet to experience more than a six month period without an anti-Semitic or anti-Israel incident,” said Benjie Kaplan, Minnesota Hillel’s executive director, in an email to the Minnesota Daily. “I can only assume these types of incidents are a large part of what led to these statistics.”

Some say the “appallingly low” numbers are an indicator of ways Jewish students are constantly reminded they are not part of the majority culture.

“Not only do we feel scared, hurt … but then we have to take time out of our already busy schedules to address the issue when students who are not impacted continue to be unimpacted,” said Meredith Gingold, vice president of the Jewish Law Student Association, in an email.

In 2017, a swastika and depiction of a concentration camp was drawn inside a Jewish student’s dorm room. Last year, anti-Semitic vandalism was found in another residence hall and fliers promoting white supremacist and Nazi sentiments were found on campus.

“A swastika sends a message that we support those who murdered six million Jews,” said Natan Paradise, associate director of the University’s Center for Jewish Studies. “It’s a threat … a death threat.”

On college campuses across the country, 54 percent of Jewish students reported experiencing or witnessing anti-Semitism, according to a report published in 2015 by Trinity College. For public universities in the Midwest, this figure is higher — 65 percent. The report says findings indicate anti-Semitism is a nationwide problem on college campuses.

After anti-Semitic incidents occur, the University’s response is often to condemn the messages in a statement or campus-wide email. While a clear and strong rebuke is good, some say the University needs to be more proactive in sending welcoming messages to Jewish students.

“What anti-Semites want to tell Jewish students is you are not welcome here,” said Rabbi Yitzi Steiner, co-director of Chabad’s University branch. “The way for the University to combat that is to say that’s not true, we do welcome you here.”

Steiner said the recent opening of the first fully kosher restaurant on campus, House of Hummus in Coffman Union, is a way for the University to send welcoming messages to Jewish students.

A problem for many students is that the academic calendar is structured around the Christian calendar. Paradise said this often requires non-Christian students to choose between their religious obligations and their schoolwork.

“Most of the students are not Muslim, they’re not Jewish, so it doesn’t affect them,” Paradise said. “But we need to do a better job of thinking about those needs because if you want students to feel welcome here and feel like they belong, you can’t be asking them to make these choices.”

In the fall semester there are several Jewish holidays, many of which are celebrated on days that cause Jewish students to choose between being fully observing Jews and keeping up with their classes.

Instructors are told to consult the calendar of holidays and religious observances when creating their syllabus, but Paradise said this often doesn’t happen. While an absence for religious reasons is considered excused under University policy, making arrangements to complete missed work can be difficult for some students.

“I’ve actually stopped asking for accommodation, because it’s so much of a hassle to explain why,” Shapiro said. “It’s very frustrating to have to explain, year after year, why it is important.”

Shapiro said it would be easier if she could just tell a professor she needed to miss class for a Jewish holiday and they understood the significance without more explanation.

“Students should never be asked to check their whole identity at the door in order to feel comfortable here at the University,” Paradise said. “You should be able to have all your identities as a student and as a Jew or Muslim or whatever, fully present.”

Correction: a previous version of this article misspelled a source’s last name. It is Shapiro.