For whom Bell tolls

W. Kamau Bell relishes the opportunity to get back to his stand-up roots after a whirlwind premiere season of his FX show, “Totally Biased with W. Kamau Bell.” 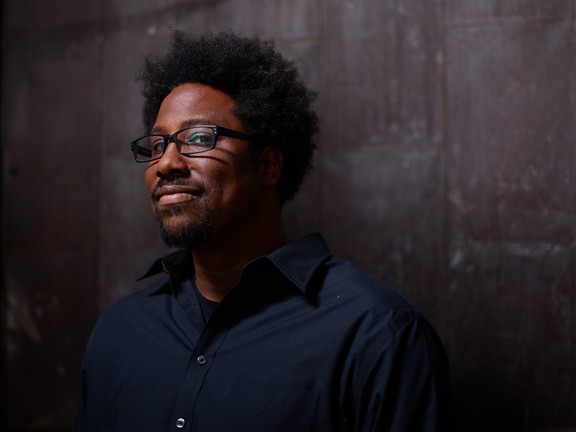 W. Kamau Bell is glad he can stop talking about Mitt Romney.

Stand-up comedian and late night television host W. Kamau Bell wants everyone to just get along.

So much so that if you bring a friend of a different race to his show at The Cedar this weekend, you get in 2-for-1.

“For me, when I get a crowd that is diverse along all lines — gender, sexuality, race, age — it’s just a better crowd,” Bell said. “There can’t be as much groupthink in a crowd like that.”

He needs variety to maintain the poignancy of his multi-faceted message of peace, societal equality and comedy.

Born into a tumultuous time of racial upheaval and militancy, Bell was inadvertently immersed in racial issues at an early age, but he avoided involvement, focusing instead on comic books and Bruce Lee. His mother was an intellectual who edited textbooks and filled the house with African art. When Bell takes the stage, race and social issues naturally seep out.

Bell’s been called a political comedian, an idea he somewhat rejects.

“People labeled me as political because I was talking about [Barack Obama] running for president [in 2007],” Bell said. “I’m not a guy who talks about politics if there’s nothing that interests me in politics.”

He’s a nerdy Gil Scott-Heron merged with Chris Rock and Mos Def, with a touch of Brian Williams for good measure.

Bell seems destined to stay on his trajectory of racial political observation now that his FX show, “Totally Biased with W. Kamau Bell,” has been renewed for a second season. The show, still tweaking its formula, is “The Daily Show” without any attempt at balance.

On the show and on stage, Bell can express observations and tell jokes that other people cannot. By virtue of his almost teddy-bear appearance and convivial delivery, his cutting remarks seem somehow more innocent than they really are.

Bell wants to see the revolution televised and thinks that it can happen.

“I’m fighting the revolution with jokes, which is probably the worst way to fight anything,” Bell said. “I can be the campfire for the revolution.”