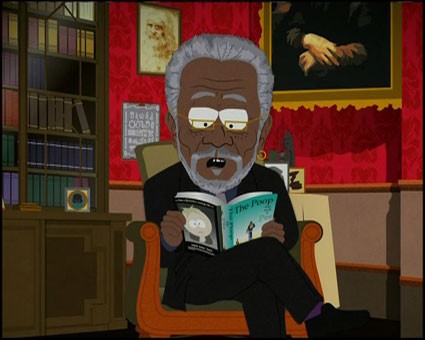 WHY ARE WE HERE?

James Murphy of LCD Soundsystem is touring to promote âÄúThis is Happening.âÄù The music is fun enough to bop around to, and a panda costume is optional. Dance pop is always a good thing to fill your ears on a Saturday night.

The transition Blonde Redhead made from no-wave to indie pop is obvious and worth checking out. They are getting old, so check them out while theyâÄôre still touring. Pantha Du Prince (a.k.a. Hendrik Weber) is bound to confuse the audience with minimalist techno âÄî which is good, unlike most techno.

Elton John and Leon Russell just released âÄúThe UnionâÄù on Oct. 19 and they can still wail on the piano and into the mic. This album also features Brian Wilson, Neil Young, Booker T and others. ItâÄôs smooth, sexy and oh-so-Sir-Elton-John.

âÄúFirst Life with David AttenboroughâÄù on The Discovery Channel looks into evolution throughout the history of the world. You will learn about exotic locations and see a massive millipede. COOL, HUH?

The Star Tribune Sunday comics rule in several ways. A) They include comics that are actually funny, e.g. âÄúGet FuzzyâÄú and âÄúPearls Before Swine,âÄù B) They have games and jokes on one page âÄî and who doesnâÄôt enjoy a good olâÄô fashioned connect the dots? C) The Sunday comics usually have stories separate from the week, so keeping up isnâÄôt necessary.

Surly Darkness is being released Oct. 23 and you will have to fight to get it. ItâÄôs boozy, hoppy and has a hint of chocolatey malts. This Russian Imperial Stout has an alcohol content of 10.30 percent, so watch how much you drink, hombre.

The Isles Bun & Coffee has the best cinnamon rolls and Puppy Dog Tails in town. The rolls come with as much frosting as you can possibly consume, and prepare yourself to get a couple boxes to bring home, because youâÄôre gonna want another one in the morning.

This photo blog is raw, intense, beautiful and very addictive. Many pictures are risquÃ©, but they are also very beautiful and professionally done. Still, this is not for the weak hearted or easily offended. http://beforenovember.tumblr.com/