Fast food is commonly found in conjunction with youth athletics. 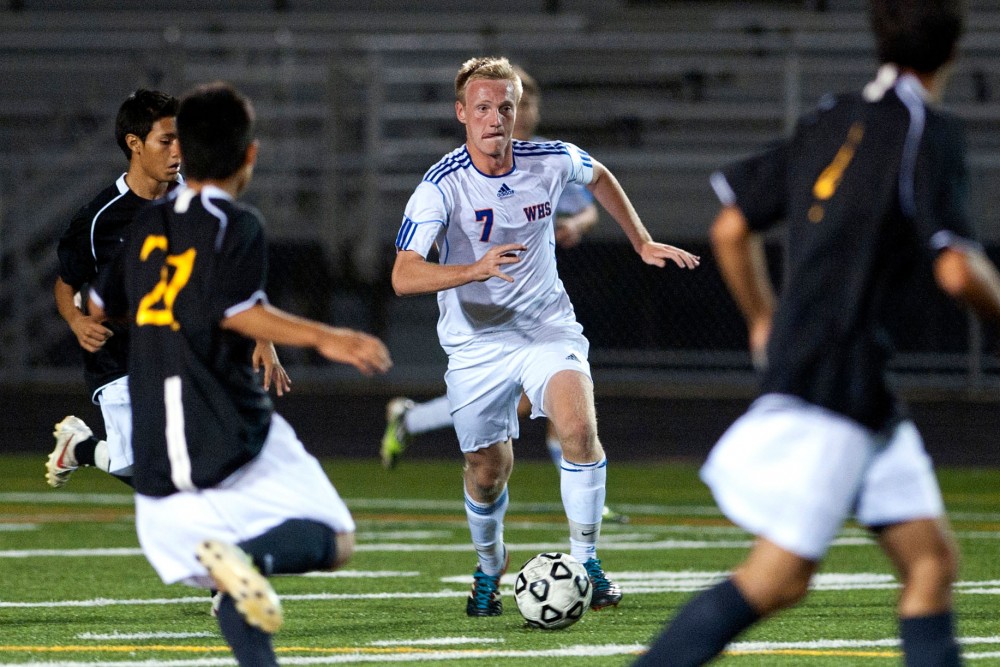 Washburn senior Ben Simpson dribbles through De La Salle's defense Saturday evening at Washburn High School in Minneapolis. Simpson said eating healthy is challenging, but he still tries his best to do so.

At the conclusion of his son’s morning football practice, Toben Nelson watched players scarf down the day’s snack: doughnuts and soda.

“That just seemed really out of whack to me,” the University of Minnesota assistant professor said, adding that junk food after every game “seemed to be the norm.”

His firsthand experience with the issue sparked an interest in doing research on the weight and eating habits of child-athletes.

Megan Thomas conducted the study under Nelson’s guidance while she was completing her master’s degree in public health at the University.

Thomas, now a dietician at Hennepin County Medical Center, grew up playing sports and agreed it was an environment where junk food was easy to find.

“When I started doing traveling sports, fast food was the first place we stopped,” she said. “I’m sure that I was consuming way more than I was expending and not even thinking about it.”

Thomas held eight focus group discussions with parents of young basketball players between 6 and 13 years old. Of the 60 parents, about half were from Minneapolis, and the remainder was from Bloomington.

Across the board, parents told Thomas their children were consuming unhealthy snacks, sugar-sweetened beverages and fast food in conjunction with youth sports.

Nelson completed a similar study released last year which showed youth-athletes are more likely to consume fruits, vegetables and milk but are also more likely to eat fast food and just as likely to be overweight.

“[Parents] definitely acknowledged it was an area that could be improved upon,” Thomas said.

Washburn High School senior Ben Simpson, who plays for the school’s soccer team, said eating healthy can be difficult when games end as late as 9 or 10 p.m. and options are limited.

With playing soccer six days a week, Simpson said eating healthy is a challenge, but he still makes the effort to eat nutritious food.

“Before and after games I think they’ve been very conscious of what they eat,” Bentson said.

Brian Connelly, chair of the school’s booster club, said the concession stand — which sells items like candy, pizza and soft drinks — is not a good option for athletes but is geared more toward making audience members at games happy.

“And healthy food doesn’t do that,” Connelly said.

The research results prompted Nelson and other University researchers to conduct further studies on child-athletes’ health.

The Minnesota Obesity Center recently funded University research on youth-athletes’ caloric intake on active days and nonactive days, Nelson said, as well as research on data collection of what type of food is available at sporting events.

Researchers on both projects are looking to write and publish the findings of both studies as data collection is finished, Nelson said.

He has also considered replacing concession stand junk food with healthier options at sporting events to see if vendors still make a profit.

After that, the father of two is hoping to get funding to survey parent populations on the issue of child-athletes’ eating behaviors.

“I think going forward there will be more awareness on nutrition and how kids are eating in conjunction with sports.”