‘Gophers Got Talent’ auditions promise a night of diverse performance

College of Liberal Arts students brought their best songs, jokes and instruments for a chance to perform in CLA Student Board’s annual event. 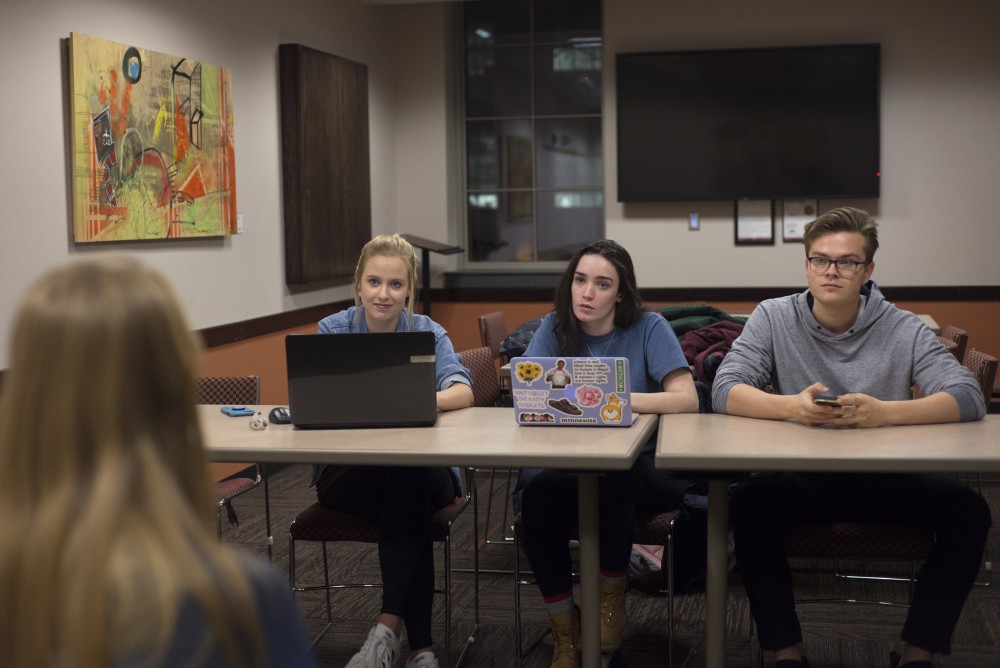 Members of the CLA Student Board judge auditions for the Gopher's Got Talent talent show in Cyrus Northrop Auditorium on Thursday, Nov. 17.

The College of Liberal Arts held auditions last week for the CLA Student Board’s annual “Gophers Got Talent” show,  formerly called “Concert in The Whole.” Out of the more than 40 students who tried out, only 15 will be chosen to perform at the event in December.

CLA Student Board Events Officer Natasha Sohni has been a member since she arrived at the University of Minnesota. The political science and economics sophomore sang in “Concert in The Whole” last year and judged this year’s auditions.

Sohni and a small group of judges welcomed singers, dancers, comedians, jugglers, musicians and performers of all kinds to audition for a spot in the show.

“We just had someone come in who played the penny whistle,” Sohni said. “It was so random.” They scored the acts on a scale of one through five and recorded feedback and comments to send to all participants, regardless of whether or not they are chosen to perform.

“We rarely rate people below a three but… we’ve had some people in the past,” Sohni said.

Junior music therapy major Imani Waters auditioned for a spot in the lineup by singing “Get It Together” by Drake.

“I sing a lot, so I try to get as much exposure and perform at as many events as I can,” Waters said.

Waters sings in two bands: “Joe Davis & the Poetic Diaspora,” and “Traiveon and Candi.” Thursday was the first time she had ever auditioned for “Gophers Got Talent.”

Physiology sophomore Jeremy Nuque performed a short comedy skit for the judges. He first became interested in comedy when he was just a kid.

“I actually started when I was watching Gabriel Iglesias way back in the fifth grade,” Nuque said.

“Dane Cook has been a really big influence on me, and Bill Burr. I kind of like the raw style. He doesn’t give a — he doesn’t really care. He kind of says what’s on his mind and I like that. He’s real with people and he’s not sugarcoating anything,” Nuque said. “I take little bits and pieces that I really like from [other comedians], add it to my stuff with my own flavor and hopefully people like it.”

The night will consist of MC’s, performances and an ongoing raffle. Winners will receive prizes donated from the University Bookstore.

So, mark your calendars. “Gophers Got Talent,” will take place Dec. 4 from 7-10 p.m. at the Whole Music Club in Coffman Memorial Union.