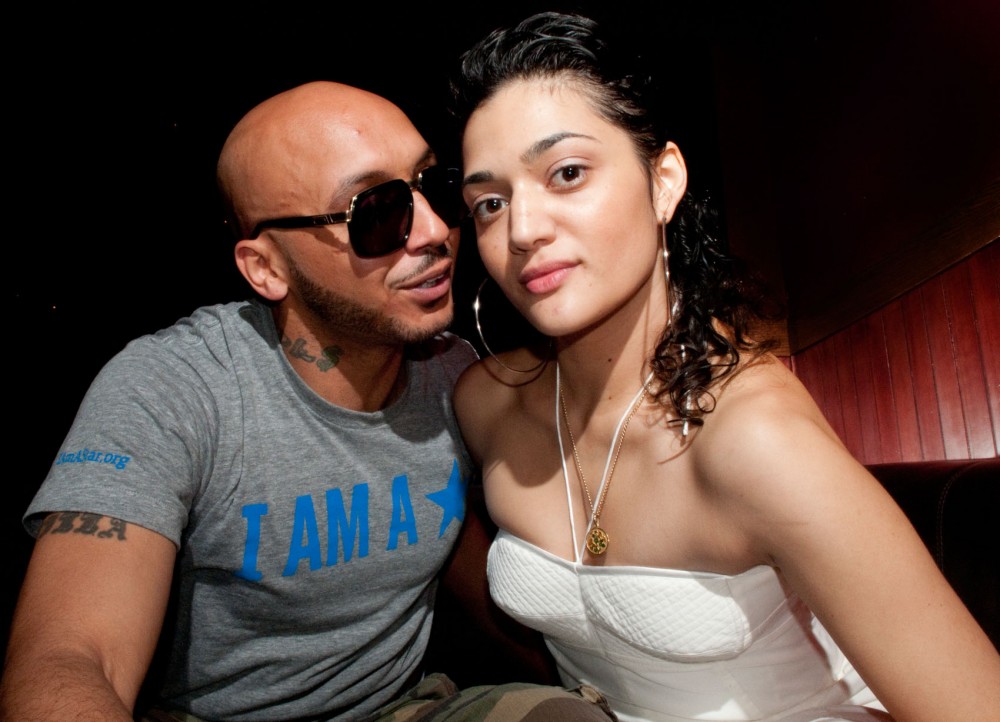 Muja Messiah and Maria Isa collaborate as the rap duo Villa Rosa. "It’s not about the local scene. It’s about representing what we know here, what we learn here and who we are, and taking that to other borders and boundaries, and getting stamps on the passport," Messiah said.

They joke around and laugh. They riff on each other. They talk each other up and bring each other back down. They jump in on each others’ sentences. In other words, Maria Isa and Muja Messiah have chemistry.

It’s not just when they’re talking to each other. You can feel it in their music. Together, Isa and Messiah are Villa Rosa. They’ve been collaborating together since 2008, when they discovered how easy it was to be together. They both rap, and they both write. Isa sings.

In September 2011, they released their first album, “Blue Diamond Island.” Isa described it as a journey around the world, and it is. The local power players rap and sing in English and Spanish about actual issues. Fast food, relationships, poverty — nothing is sacred, and everything matters.

Most characteristic of their overall style and spirit is the song “Blindfolded,” in which they sample Nina Simone’s “Baltimore” and channel Marvin Gaye.

All of their songs have messages, they say, even if they aren’t always speaking to a certain movement or audience. That’s not to say that they don’t have a sense of humor or fun. They play around musically and lyrically, adjusting their style radically to match the subject matter. For example, their song “Uma Thurman,” about high school, has a schoolyard chant feel to it.

And their voices fit together like pieces of a puzzle. On the track, “Leader of the Pack,” Isa’s honey voice drizzles over Messiah’s assertive verse. It’s a jaunty heart-warmer, with lines like, “With friends like these, who needs an entourage?”

During the day, Isa is a youth-worker at nonprofits, teaching classes like songwriting and Bomba and drumming. She recently emceed the PeaceJam conference in south Minneapolis, which brought together a Nobel Peace Prize laureate with young people of the Twin Cities. Community and speaking out for oppressed people is integral to her work, her music and her collaborations.

“I guess activism is a big part of us meeting. I like [Messiah] being outgoing as a rapper and talking about not just the conditions of our environment, but the political issues that are happening in this country and outside of it,” Isa said.

Both fixtures of the Minneapolis music scene, Isa and Messiah have known each other for longer than they’ve been collaborating. But they’ve existed in different worlds — Messiah’s being the world of the rappers, emcees and deejays. Isa, with her large array of sonic interests ranging from reggae to pop, throws live music into the mix.

“Trying to bridge the demographics of both circles is what Villa Rosa is,” she said.

They’re both still working on projects individually, but they say that working together as Villa Rosa has upped their solo games.

“And when we come together, it’s like a dominant force. I’m not scared to say that either. I would have been too humble to say that, maybe. But now I’m just kind of like, we’re hungry to share what we have, and what we feel is a voice for other people who may not have that opportunity,” Isa said.