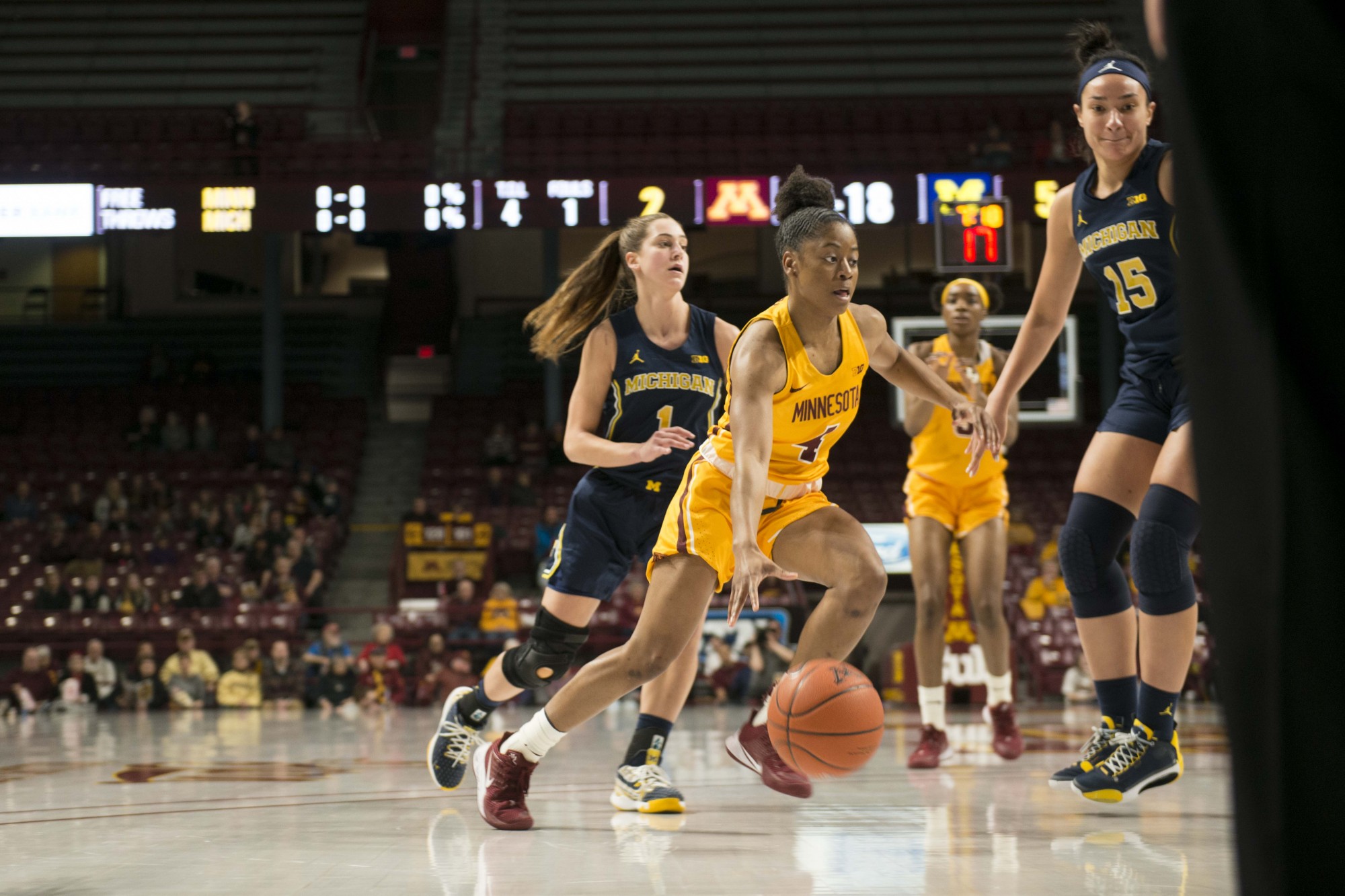 It started to warm up outside in the Twin Cities, but the Minnesota women’s basketball team went cold offensively, falling 66-54 to Michigan State.

Both teams came out of the gate struggling to find points Monday night. It was not until midway through the second quarter that Michigan State separated themselves from Minnesota with a 9-0 run. Minnesota quickly fought back before halftime and only trailed by four points.

But the shooting woes caught up to Minnesota, especially in the fourth quarter when the Gophers shot 18.2 percent from the floor. Despite hanging around in the second half, the Gophers ultimately could not put together a necessary run to pull ahead and get the win. Minnesota led at two different points in the first half and trailed all the way through the second.

The Gophers shot just 29 percent from the floor on 69 attempts, their worst shooting performance of the season thus far. This is the second straight game Minnesota was done in by their shooting woes as they shot only 31.1 percent last Thursday in a 99-76 loss at Ohio State.

The Gophers’ poor shooting extended to the 3-point line as well, even though it has previously been a strength this season. Minnesota shot 21.7 percent from behind the arc with sharpshooters like redshirt junior guard Gadiva Hubbard going 2-6 and freshman guard Sara Scalia missing all three of her 3-point attempts.

In her first time playing in her home state as a college player, freshman guard Jasmine Powell led the Gophers with 15 points and added four rebounds.

The Spartans beat the Gophers with two young guards of their own. Sophomore Nia Clouden finished with a game-high 16 points and 10 rebounds while dishing out three assists. Freshman Julia Ayrault added 14 points and five rebounds.

Minnesota had a scare early in the second quarter when senior forward Taiye Bello hit the floor hard after taking a shoulder to her face. Bello did return but did not look the same offensively, only making a free throw after going down. She finished with five points on 2-10 shooting and led the Gophers with eight rebounds.

The Gophers needed a victory in East Lansing, Michigan to help their chances of making the NCAA Tournament. The loss makes earning a berth more challenging as all three of their last games are against ranked opponents. Minnesota will return home to play No. 24 Indiana on Saturday.