Your religion teacher was right. It can cause blindness. 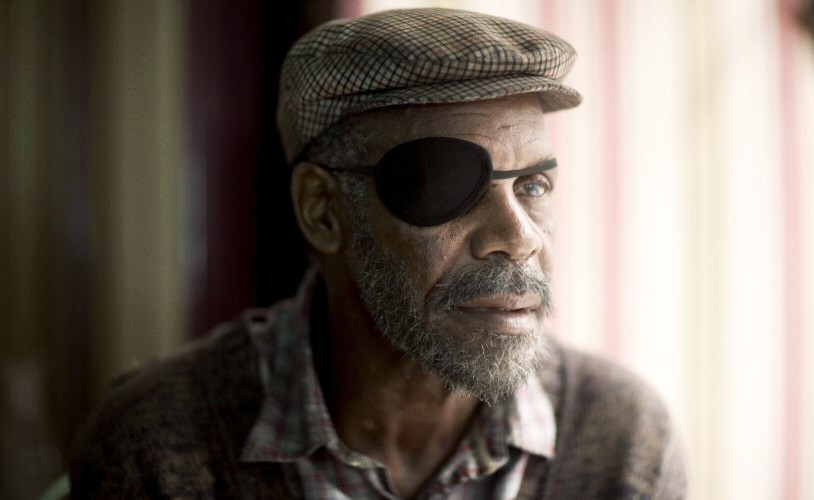 âÄúBlindnessâÄù DIRECTED BY: Fernando Meirelles STARRING: Julianne Moore, Mark Ruffalo RATED:R SHOWING AT: Area theaters Movies are never as good as books. ItâÄôs sad, but true. Every once in a while, though, a movie can come really close. Sometimes a movie can illuminate things to an audience through a shifted light, different from that of any literary device found in a novel. Sometimes movies can take a book and expand its ideas to show us something through a universal lens. Occasionally this works, but oftentimes it doesnâÄôt. Case in point being Fernando MeirellesâÄô new movie âÄúBlindness,âÄù which is certainly not as good as Nobel Prize-winning author Jose SaramagoâÄôs 1995 novel from which it was adapted. The question is: Does it use filmâÄôs unique power to move us visually? âÄúBlindnessâÄù opens in cosmopolitan traffic in an ambiguously European city. A man suddenly loses his eyesight while at a stoplight. He panics and pandemonium ensues. As the story progresses, we quickly learn that every person this man comes in contact with is infected. Hundreds of citizens become blind virtually overnight. The government, terrified, quarantines the contaminated peoples in an abandoned mental hospital. Julianne MooreâÄôs character, the wife of an eye doctor who has been infected, is somehow immune to the disease. She poses as one of the blind to be with her husband in the compound. The film centers on this new situation and the extreme difficulties of adapting to life without sight. The compound for the quarantine acts as a microcosm of society. Clever, right? Meirelles is anything but an amateur. The choice to have the film adaptation be directed by the Brazilian auteur was undoubtedly an astute one. MeirellesâÄô 2002 masterpiece âÄúCity Of God,âÄù also an adaptation of a novel, won dozens of prizes worldwide and was nominated for four Academy Awards. MeirellesâÄô 2005 film âÄúThe Constant Gardener,âÄù again based on a novel, was also nominated for four Oscars and this time took one home. The choice to enlist Cesar Charlone as cinematographer and Daniel Rezende as editor âÄî both veterans of the âÄúCity Of GodâÄù production team âÄî shows that Meirelles wanted to use an in-house team for âÄúBlindness.âÄù So does it work? At times, yes. The tri-facto of cinematic brilliance that is these three men does not disappoint in âÄúBlindness.âÄù The film looks striking; in its whiteness it is stunningly clean to the point of immaculate. On the basis of sheer ability to aesthetically please, âÄúBlindnessâÄù delivers in all respects. Where it falls short is in its delivery of the story. âÄúBlindnessâÄù is a bleak histoire about the fragility of civilization and the capacity of human beings. The film is, at times, uncomfortable, almost to the point of pain. There are moments where it is graphically disturbing. That isnâÄôt necessarily good or bad, itâÄôs just the story, and itâÄôs a sad one. Meirelles doesnâÄôt sugar-coat it for us. While at times rough, at least itâÄôs honest. Where the film becomes muddled and fails in many respects is with plot and character development. âÄúBlindnessâÄù has such an amazing premise that the possibilities seem endless, yet this film seems to, at times, get caught up in its own epic subject matter. Not enough attention is given to the people we are supposed to be attached to. The characters are detached, vague and, at times, downright sloppy. The passage of time becomes obscured and difficult to understand. In light of these problems, though, the film remains engrossing, even compelling. âÄúBlindness,âÄù does have the power to move, but merely at surface level. The complexities and themes of this story undoubtedly have to be cut short to keep the run time down. In the end, the film falls victim to the all-too-familiar âÄúYeah, but the book was way betterâÄù curse. Meirelles is a genius, but perhaps some things are better left to the page.