Celtic rock hooligans Flogging Molly stated that this year will mark the end of their trademark Green 17 Tour. 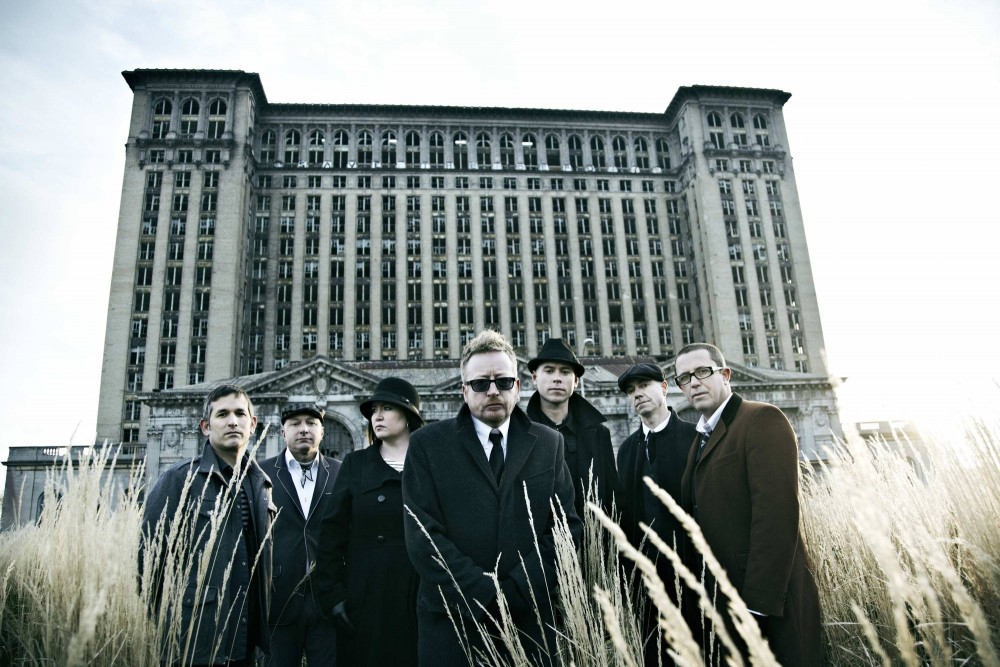 Flogging Molly may look tough, but they're in it for the love of the craft.

Bob Schmidt may be one of the few prominent mandolin players out there, but he never anticipated having his name on a signature Fender model.

“Kids will come up to me after shows and ask for me to sign them,” the Flogging Molly member said. “It’s surreal.”

Surreal is an appropriate word to describe Flogging Molly, an Irish rock outfit that’s been clogging and shanty-ing since 1997. Their live sets conjure comparisons to 2004-era Green Day, swashbuckling pirates and Irish pub crawlers all at once.

Schmidt said the band’s commitment to their style is what’s kept them going. The group has managed to garner an international fan base — much to their surprise.

“If we wanted to make labels happy, we wouldn’t have settled on Irish music,” Schmidt said.

They’ve been connected to their cultural sound ever since they began their career by playing weekly Monday night gigs at Molly Malone’s in Los Angeles.

“People wanted to pigeonhole us, call it a gimmick or use that as a negative label,” Schmidt said. “I don’t understand it. It hasn’t bothered us much.”

It inspired the advent of their Green 17 Tour. The national venture originally took place over the first 16 days of March, leading up to a special St. Patrick’s Day show. As the years went on, the 17 shows expanded to 28. This year is the 10th and final iteration of the Green 17, spanning 27 cities and moving well past St. Patrick’s Day.

The band decided to abandon this particular tour purely for scheduling reasons. They also found that the Green 17 called for certain fan favorites that didn’t allow them to play as much new material.

Guitarist Dennis Casey said that while the tradition is coming to a close, he doesn’t believe fans should expect anything radical for the future.

“Most people seem to be worried about us never coming around again, which is not the case,” he said. “We always joke that every day is St. Patrick’s Day in Flogging Molly, but we don’t do anything differently.”

The change will help them vary their spring schedule.

“When you tour all these cities in the name of travel, we don’t expect fans to pay money for tickets if we come through a second time to support a new record in the same year, you know?” Schmidt said.

The band has always been conscious of finances. Flogging Molly’s lead vocalist and guitarist Dave King grew up in tenement housing in Dublin. This inspired him to angle his creative work toward the working class.

Songs like “Life in a Tenement Square” show this through a somber lens: “Now politicians they dwell / in that forgotten hell / our misery’s been turned into muse.”

With King’s broken, honest wail, this side of Flogging Molly’s catalog proves that they can emote as well as throw a raging party.

Schmidt said the band feels obligated to leave a legacy they can be proud of. With the Green 17 behind them and a new album on the way, Schmidt feels optimistic about the future.

“This is a turning point for us,” he said. “We’re indebted to our fans to make something big and to put them first.”