Recently opened restaurant The Butcher Block aims to dazzle with flesh, but does their wing gimmick pass the test? 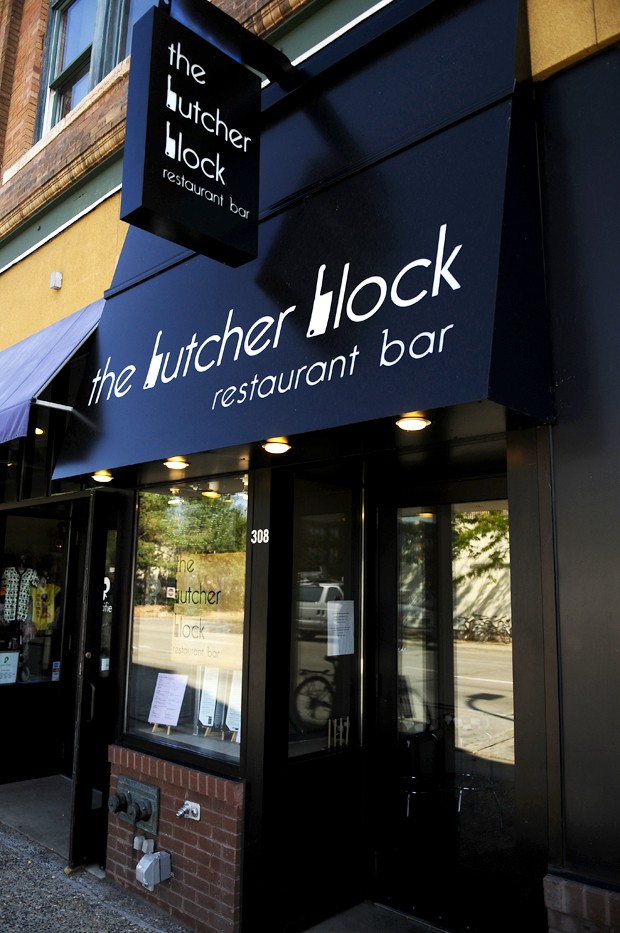 The Butcher Block WHERE: 308 Hennepin Ave. E. PRICE: $14 – 17 Hot-shot chefs? Check. Prime location? Check. A menu that throws carbs to the wind in favor of organic, grass-fed flesh from all sorts of creatures? A definite check. New Northeast eatery The Butcher Block has this formula down, and it is by all accounts a winning one. Does the restaurant deliver on its menu of traditional Italian dishes and gimmick of 29 âÄî yes, 29 âÄî different flavors of wings? Overwhelmingly, yes, but thereâÄôs certainly room for improvement. The Butcher Block is the brainchild of two former I Nonni (a popular Mendota Heights Italian joint) chefs: Filippo Caffari and Darin Koch . For Caffari, who cut the teeth/the carcasses of countless animals as a master butcher in Rome for almost 20 years, opening a place devoted primarily to carnal pleasures (literally) seems logical. With Koch, Caffari is attempting to brand The Butcher Block as a grass-fed, sustainable, organic locale with deep, traditional Italian roots. The angle is enduring but any way you put lipstick on this pig, itâÄôs still going to end up gutted, grilled, garnished and on your plate. With a location in one of NortheastâÄôs most thriving haunts (across the street from SurdykâÄôs ), Caffari and Koch appear to have all the logistical pieces in place. The Butcher BlockâÄôs interior is clean, minimal and sparse. With an exposed brick wall, neutral paint tones, wooden tables and floors and speckles of black and white photography, it treads the line between boring and hip admirably, but the end result is classy. The menu, no surprise, is heavy on all things formally four legged. Sporting appetizers that span the spectrum from octopus to french fries, an obligatory salad selection, homemade pastas, meat-centric entrees and a very Italian, very rich dessert section, The Butcher Block exudes traditional class, but meals top out at a reasonable $17. Lest we forget, the wings. The 29 flavors range from the classic (BBQ, buffalo) to the obscure (Harissa Hungarian paprika, cranberry chili). Keeping its proximity to the University in mind, thereâÄôs a late-night, bargain sandwich/burger menu, but is a $10 sandwich ever truly a bargain? Topped off with a stellar selection of beer/wines and unusual liquors (the organic blanco tequila drinks like a cocktail on its own), the menu is as fleshed out as its offerings. Considering meatâÄôs their No. 1 boast and a Roman master butcher calls the shop home, The Butcher Block better have amazing meat. In most regards they succeed, but not every cut is prime. How âÄòbout the wings? Considering wings are bar food, the fact theyâÄôre being served at a (relatively) swank Italian place raises the stakes. Texturally, though, they fall flat. ItâÄôs the same sinewy, tendon-y experience one gets at any pub. As for the sauce adventuring, the mango curry yogurt coating is subtle and manages to be both chalky and creamy at the same time. The blackberry red wine glaze is sweet to a fault. ItâÄôd be outstanding on ice cream, but the contrast with the chicken proves vast. All said, theyâÄôre average wings with an overload on pretense The Butcher BlockâÄôs main offering, the Grigliata Mista (grilled meats), is a carnivoreâÄôs playground. Featuring dual lamb chops, a strip steak, pork and a de-boned chicken thigh/leg, the serving is ample and enough to make a vegan suffer a nervous breakdown. Grilled potato slices topped with a stupendous cream sauce, asparagus and scallions come standard, too. The lamb is a textural overload, with a swirling of fat and tender meat and a delayed kick of seasoning that make it the plateâÄôs best. The chicken is grilled perfectly and more than accounts for the lack of juiciness in the wings. Unfortunately, the steak is wholly forgettable, while the pork is as moist as the chicken and just as flavorful. The Butcher Block is trying to do a lot. With an attempt at doing boxed lunches, the wing gimmick and the late-night menu, itâÄôs clear that the focus from what they need, consistently amazing meat, is sometimes lost. That said, the restaurant is also high on talent and potential. As is, the Butcher Block ranks as a âÄúrecommended,âÄù but it wouldnâÄôt be surprising to see that raised much higher once it drops some wings and gets some footing.