Minnesota earned the No. 7 seed in the bracket. 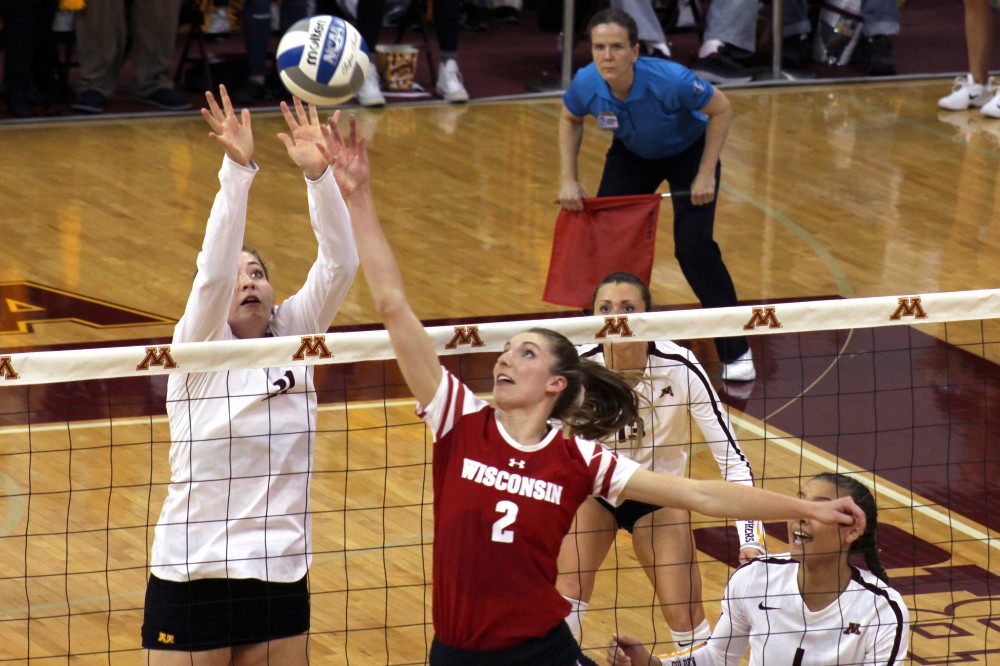 Middle Blocker Regan Pittman hits the ball at the volleyball game against the UW-Madison Badgers at the Maturi Pavilion on Oct 21, 2017.

Minnesota (26-5) will play the University of North Dakota (30-7) in its first game of the NCAA tournament, the Division I Women’s Volleyball committee announced Sunday.

“We’re excited to get going,” head coach Hugh McCutcheon told reporters. “It’s a difficult year. They’re a lot of good teams out there, but we certainly feel like we’ve been treated well. We think we’re in a good spot.”

The Gophers claimed the No. 7 overall seed in the bracket. They play the Fighting Hawks at the Maturi Pavilion on Friday at 7 p.m. If Minnesota defeats UND, the Gophers also play their second round game at home. That match is on Saturday at 6 p.m.

“I think it should be a really exciting matchup,” middle blocker Molly Lohman told reporters. “It’s a good first round for us.”

Seven other Big Ten teams heard their name called during the selection show on Sunday, with Penn State picked as the No. 1 seed in the bracket. The Nittany Lions defeated the Gophers in the teams’ final match of the regular season.

The Gophers are coming off two consecutive Final Four appearances with no national championships to show for it. A season ago, Stanford knocked Minnesota out of the Final Four. Texas defeated the team the year before that.