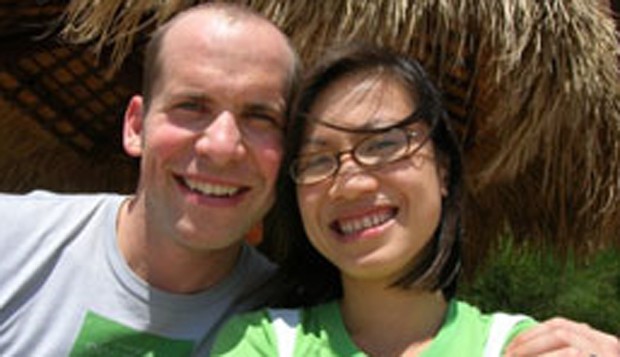 A former University of Minnesota graduate student has been detained for missing an immigration hearing earlier this year and could now be deported at any time, according to federal court documents. On Aug. 13, Hoa Nguyen, 29, failed to attend an immigration hearing regarding her visa status, an appointment she said she had mistakenly thought was scheduled for Aug. 23, according to court documents. The next day four U.S. Immigration and Customs Enforcement officers showed up at her front door to arrest her for having an expired visa. Nguyen, a Vietnam native who resides in Minneapolis, has been in the Sherburne County Jail since her arrest nearly eight weeks ago and faces deportation any day without notice. âÄúThe punishment weâÄôre receiving doesnâÄôt fit any of our actions,âÄù NguyenâÄôs husband Dan Hanson, of Minneapolis, said. Last fall, Nguyen took a break from her studies at the University, where she studied French literature. She was unaware that her decision not to enroll in classes would result in the termination of her student visa. She came to the United States ten years ago on a student visa to study at Luther College where she earned her bachelorâÄôs degree and met her husband. In February, Nguyen and her husband were returning home after their wedding ceremony in Vietnam when they were stopped by airport immigration officers who informed them that, unbeknownst to them, NguyenâÄôs student visa status had expired the previous October. Court documents state the couple was paroled back into the country on the condition they resolve NguyenâÄôs status, which they intended to do, Hanson said. The couple knew NguyenâÄôs status needed to be updated from that of a student to an immigrant married to a U.S. citizen, but were unaware of how time sensitive the issue really was, he said. âÄúWeâÄôre trying to legally comply with our countryâÄôs immigration laws,âÄù Hanson said. The notification Nguyen received outlining her court hearing stated that failure to make the specified appearance would result in her being considered an illegal immigrant and she could be removed from the country as a result. Two months after NguyenâÄôs arrest and after unsuccessfully attempting to reopen the case, Hanson says his wifeâÄôs deportation seems imminent, and could range anywhere from two to six years. According to court documents, only under âÄútruly exceptional situationsâÄù will cases be reopened, and NguyenâÄôs case doesnâÄôt meet that qualification. But Hanson said it comes down to differences of that definition. âÄúIf exceptional circumstances arenâÄôt breaking up a family, what are?âÄù he asked. Nguyen motioned to have her case reopened, citing several reasons including her marriage to a U.S. citizen, payment of income taxes, educational achievements and having no prior criminal record as factors to support her request, according to court documents, but her appeal was ultimately denied.