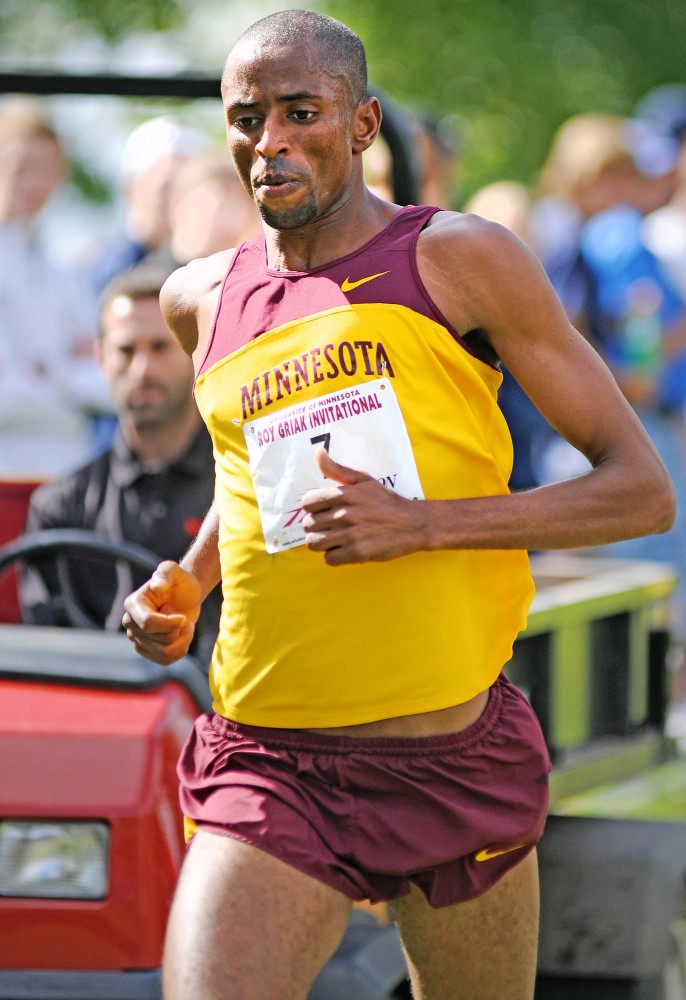 The Gophers menâÄôs cross country team wrapped up its season Monday at the NCAA championships in Terre Haute, Ind., with a 16th-place finish in the 31-team field.

âÄúI think both of us would have been happier if he was a little higher,âÄù menâÄôs head coach Steve Plasencia said. âÄúHe got out a little bit [further] back than we would have envisioned and from that point on, he pretty much stayed in that position.

âÄúI donâÄôt know if he felt super today, but obviously heâÄôs meant a lot to Minnesota cross country and to get another All-American award is a great thing.âÄù

Lawi Lalang out of Arizona won the 10-kilometer race with a time of 28 minutes, 44 seconds.

He finished 13 seconds before the next-closest finisher.

Mead and the Gophers had already experienced LalangâÄôs dominance first-hand when they faced him at the Roy Griak Invitational on Sept. 24.

Lalang obliterated the course record at the Griak three months ago when he finished the 8K course in 23 minutes, 16 seconds.

Despite Lalang winning the race, Wisconsin won the NCAA championship with an overall team score of 97. The Badgers knocked off two-time defending champion Oklahoma State to win the title.

Plasencia said the race went out really fast as he expected, but was overall satisfied with his teamâÄôs finish.

This marked the final race in the illustrious career of Mead and he will leave a substantial gap on the teamâÄôs roster next season.

Outside of Mead, the Gophers return their second through fifth runners next season, including Gagnon.

MinnesotaâÄôs womenâÄôs cross country team concluded its season with a 27th place finish at the NCAA championships on Monday.

Steph Price was unable to repeat as an All-American and finished 61st overall with a time of 20 minutes, 43 seconds.  She was 21 spots and less than 14 seconds off her second All-America selection.

âÄúI think the kids were a lot more disappointed in themselves than I was in them because I wasnâÄôt disappointed at all,âÄù womenâÄôs head coach Gary Wilson said. âÄúWeâÄôve been holding things together with bubblegum and scotch tape just emotionally in the last month.âÄù

The Gophers have faced an obstacle-ridden season this year but have been a team predicated on resilience.

When Kelli Budd, who was expected to be on the scoring roster, went down with mono early in the year, someone stepped up.

When Missa Varpness struggled to find her form from a year ago, someone stepped up.

Even when Maggie Bollig got sick with the stomach flu two days before the Big Ten championships, someone stepped up.

That whoâÄôs-up-next attitude led Minnesota to an at-large selection for the NCAA championships.

Sheila Reid from Villanova won the 6K race in a finish determined by 0.6 seconds.

Georgetown captured the national title with an overall team score of 162, beating out Washington by 8 points.

Although the Gophers finished 27th in a 31-team field, Wilson said he tried to make his team aware of the big picture.

âÄúI said, âÄòThere are over 300 kids that are sitting home watching this meet so you got to be proud of yourself in terms of hanging in there and staying tough,âÄôâÄù Wilson said. âÄúI thought if we could be in the top-25 thatâÄôd be a great day and we were 27th so thatâÄôs just the way it is.âÄù

Price, who was in her final season of eligibility, has run her last collegiate cross country race. The rest of the top-five finishers consisted of three sophomores wand one freshman, so the future of the program looks bright.

âÄúItâÄôs a very good, young group. Now theyâÄôve got a couple years under their belt,âÄù Wilson said. âÄúI said, âÄòNow letâÄôs make the step âÄ¦ and try to build on this and go to the next year.âÄôâÄù