The Gophers blew a 16-point lead and lost by 21 points to the Hawkeyes. 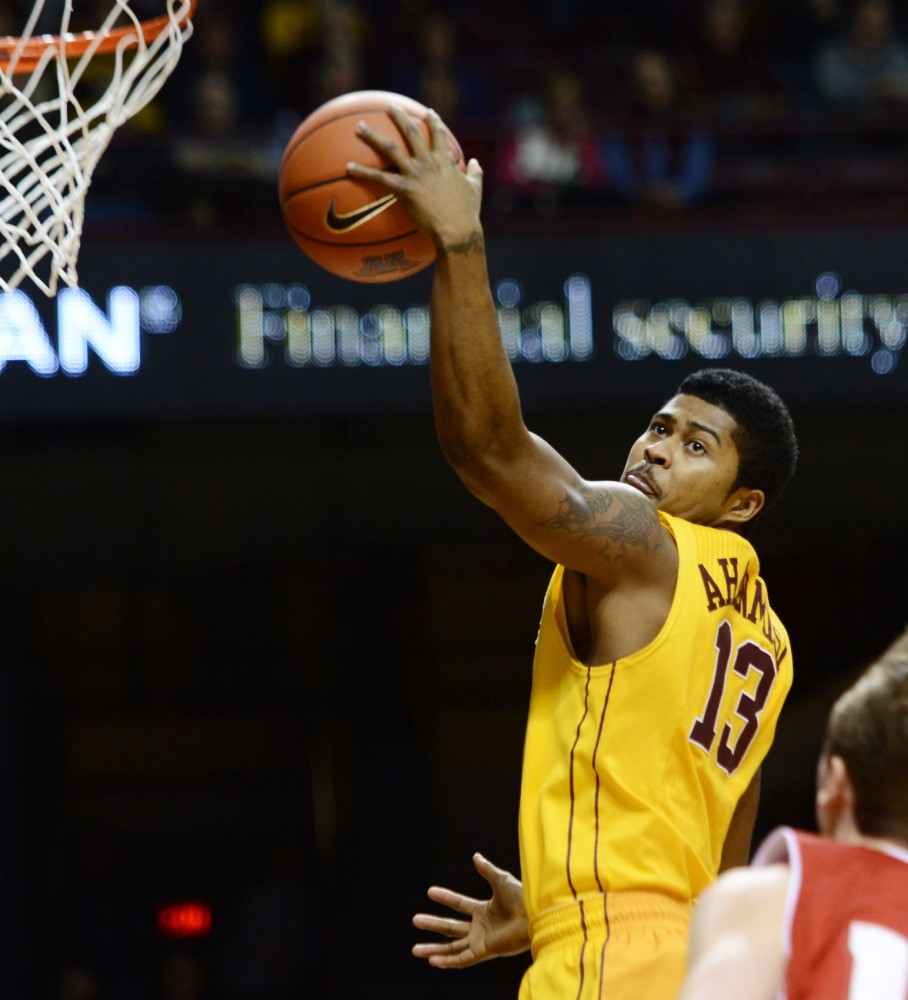 IOWA CITY, Iowa — In some ways, the Gophers’ 72-51 loss at Iowa on Sunday resembles their rollercoaster year.

The Gophers jumped out to a 21-5 lead in the first seven minutes at the Carver-Hawkeye Arena in Iowa City, Iowa, much like their 15-1 record to start this season.

Minnesota looked poised to build on its emotional overtime victory against No. 20 Wisconsin at Williams Arena on Thursday.

But the Hawkeyes ran off a 67-30 run to end the game, capitalizing on the Gophers’ turnovers, poor shot selection and struggles against a zone defense.

“It’s about as disappointing a loss as I’ve had,” coach Tubby Smith said.

The Gophers had 22 second-half points, a letdown much like their 3-7 record across the past 10 games.

“We were up by 16,” Smith said, shrugging his shoulders emphatically.

Andre and Austin Hollins followed it up with a three-pointer each, but midway through the first half, Minnesota relapsed into its own bad habits.

The Gophers accumulated six turnovers in a little more than two minutes in the first half as the Hawkeyes ran the floor, beating Minnesota at its own game.

Once Minnesota’s lead vanished, so did the Gophers’ energy.

“Our intensity fell off a bit,” Austin Hollins said. “That’s something we can’t have. No team is going to lay down when you get up on them.”

Minnesota had four field goals and eight turnovers in the 13 1/2 minutes leading up to halftime.

Iowa switched to a zone defense early in the first half, stifling the Gophers’ post play and forcing errant shots on the perimeter.

“It changed the complexion of the game,” Iowa coach Fran McCaffery said about his defense. “Rarely are you down 15 and win by 20. It didn’t feel like a 20-point win.”

The Hawkeyes’ 61-percent shooting in the second half made it tough for a possible comeback.

“We knew that they were going to do it,” Mbakwe said of Iowa’s zone. “They forced us to take perimeter shots, and we took a lot of shot clock violations.”

Minnesota’s 17 turnovers were the most it’s committed since a Jan. 12 loss at Indiana.

Austin Hollins led Minnesota with four turnovers, his most since the loss at Indiana.

His backcourt partner, Andre Hollins, got into early foul trouble and shot 1-for-8 in 19 minutes. Andre Hollins followed up one of his best games against the Badgers, in which he scored 21 points and zero turnovers, with one of his worst.

“[Hollins] is having trouble defending people off the dribble,” Smith said. “There was very little defense being played once Iowa came back.”

After starting the game 6-for-9 from the field, the Gophers shot 29 percent the rest of the game.

With Andre Hollins on the bench, reserve guards Maverick Ahanmisi and Julian Welch faltered in running plays, often passing the ball around the arc until lobbing up a shot.

“It was like a hot potato,” Smith said. “Just pass it to somebody else.”

After the game, Mbakwe answered critics who might say Thursday’s win over Wisconsin was a flash in the pan followed by a letdown to Iowa.

“It’s not a fluke,” Mbakwe said. “If [some fans] want to jump off the boat, that’s unfortunate for them. We still believe. [Iowa] is not 20 points better than us.”

Rodney Williams was held out of most of the game because of a lingering left shoulder injury, Smith said.