COGS and other graduate student councils disagreed in a meeting last week on what to do with funds that are usually distributed among seven groups. 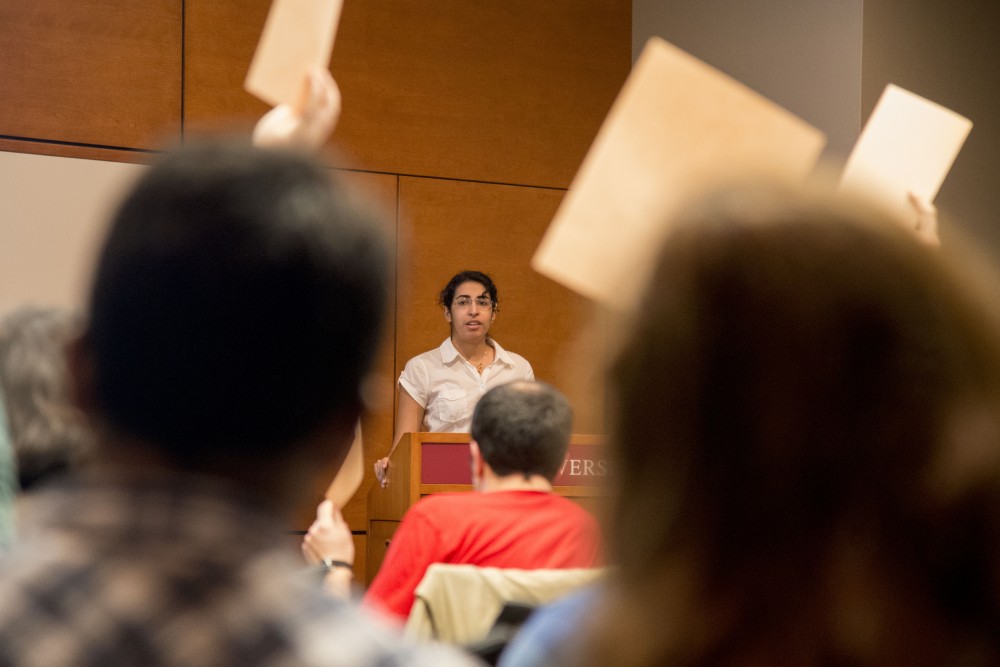 A graduate student council fund that distributes thousands of dollars each fall was withheld this year, creating tension after some groups claimed they had no say in the change.

The Council of Graduate Students (COGS) typically distributes the funds to constituent college councils for operating costs, but this year they might try a new system because of inequity concerns. Some councils, like Graduate and Professional Students in Education and Human Development (GradSEHD), said they were left out of the decision-making process and believe students will suffer as a result.

Tensions between GradSEHD and COGS about the withheld funding came to a head at a series of meetings Friday. The councils arrived at an agreement in which COGS will vote on giving GradSEHD a third of their expected portion and the other six councils, so far, receive nothing.

If their nearly $2,000 portion of the pass-through fund is withheld this year, as many as 10 groups will be affected, she said.

“We [would] have less funding to help develop our community-service projects, [and] … less to give towards creating student well-being events,” Levine said.

In September, COGS members proposed to withhold the money and funnel it into existing community-building grants.

COGS Speaker Jonathan Borowsky said COGS executive board members think pass-through is unfair for colleges that don’t have graduate councils, but these other grants are accessible to all graduate students.

According to spring 2016 enrollment data, about 52 percent of the University’s 12,070 graduate students were represented by a council that received this money.

The money is collected by the University and given to COGS specifically for pass-through. It’s then divided among constituent graduate councils based on student enrollment by college.

GradSEHD requested $6,500 from the fund for this school year — about half of their annual operating budget, said GradSEHD President Jeremiah Dean. The money goes to providing travel grants to students.

Dean said that in mid-September they hadn’t received the money and learned COGS executives voted to withhold pass-through earlier in the semester, Dean said.

“The fact that they’re doing this is quite audacious,” he said. “We didn’t know we were going to get sucker-punched like this.”

“There was no transparency in this. We found out about it … through the grapevine,” she said.

MSC wasn’t involved in the changes either, Levine said.

“We were given the opportunity to get involved … but it was more of a post-decision courtesy,” Levine said.

Borowsky said they verbally informed councils of the change at the beginning of the semester, but he regrets the way the situation was handled.

“As soon as we started talking about this, we should’ve reached out,” he said.

Two of the seven councils impacted by the change, the University Pharmacy College Board and the Veterinary Medicine Student Council, declined to comment.

At two tense meetings Friday, the groups agreed the system should be reworked but clashed over the process.

Dean wondered why the decision couldn’t wait until next year.

“Why is everyone on the COGS exec board … so adamantly opposed to distributing pass-through this year and … working on an agreement to how this can be worked out for next year?” he asked at the meeting.

Borowsky said COGS is also considering returning the money to the student services fee fund or giving it back to students in the form of a rebate.

Each graduate student would receive about $1.21 if the rebate idea goes through.

Talks are still ongoing and a discussion was scheduled for the COGS General Assembly meeting Monday, but was tabled until November.

“It’s still absurd that we’re going to have to negotiate for money that should be given to us,” Dean said.