Review: Giving a voice to your night terrors

In debut album “When We All Fall Asleep Where Do We Go?," Billie Eilish matures, haunts. 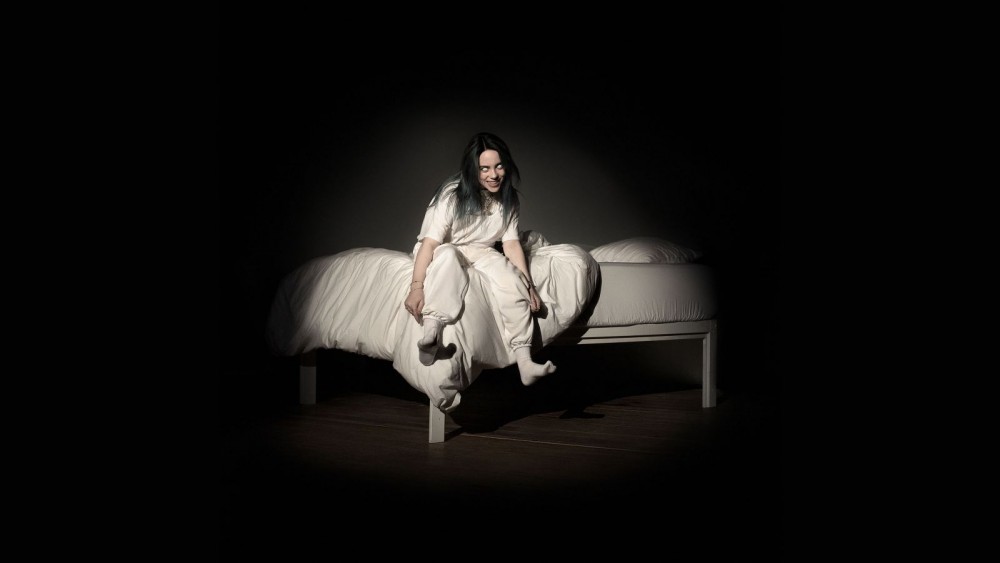 “I have taken out my Invisalign and this is the album,” Billie Eilish announces giddily in the first song of her debut record “When We All Fall Asleep, Where Do We Go?”

On the record, released Friday, 17-year-old Eilish seems determined to set herself apart from other up-and-coming pop artists.

In her Instagram posts, the singer often wears a scowl, her lids always caught mid-eye-roll for the camera.

Her voice is unique and haunted, an articulate whisper set over simple electronic melodies.

“I do what I want when I’m wanting to / My soul? So cynical,” she states matter-of-factly in the second song on her album, “bad guy.”

First famous for her song “Ocean Eyes,” Eilish’s new album displays none of the naivete pop-centric melodies present in some of her earlier work.

While “Ocean Eyes” laments on an ex’s gaze and the artist’s desire for reconciliation, Eilish opts to tell a different story of teenage experience in the album — one that isn’t overly romantic.

With a breathy voice, she addresses drug abuse, mental health and suicide in tones similar to a broken music box. Eilish isn’t afraid to be moody, depressed and raw.

Full of jagged electronic shudders, soulful hums and haunting ballads, Eilish’s music is reminiscent of night terrors and the unpredictable fear that accompanies them.

On “bury a friend,” she captures both a longing for and fear of death. With skin-crawling sound effects, she asks the audience open-ended questions and muses about her own sanity.

“It’s probably somethin’ that shouldn’t be said out loud / Honestly, I thought that I would be dead by now,” she sings. “Wow.”

The artist draws upon well-known references to accent her work, which works with varying success.

In perhaps the most bizarre of mashups, “my strange addiction” samples quotes from “The Office.”

Pairing the toe-tapping beat of Michael Scott’s “The Scarn” with lyrics about a toxic relationship is not only daring, but kinda revolutionary.

The novelty of hearing Michael Scott and Billie Eilish on the same track, however, is more distracting than it is rewarding.

As Eilish advances through the album, her songs become more self-reflective and pensive, losing some of their heated pulse and fervor.

The third-to-last song, “listen before i go,” is a beautiful piano ballad with an apologetic apathy toward death.

“If you need me, wanna see me / Better hurry ’cause I’m leavin’ soon,” she serenades softly. “Sorry can’t save me now / Sorry I don’t know how / Sorry there’s no way out.”

Police sirens at the end suggest the worst.

In her final song, a two-minute hymn called “goodbye,” Eilish begs for the audience to “Please, please / Don’t leave me be” and ends with a less confident assertion: “I’m the bad guy.”

With thought-provoking lyrics and haunting resonance, Eilish establishes herself as a force to be reckoned with. She challenges the mantra of positivity that can too-often overtake the genre of pop.

After all, what do night terrors dream of?