Music collection to fund U scholarship

The sale included tens of thousands of vinyl records and 6,000 CDs. 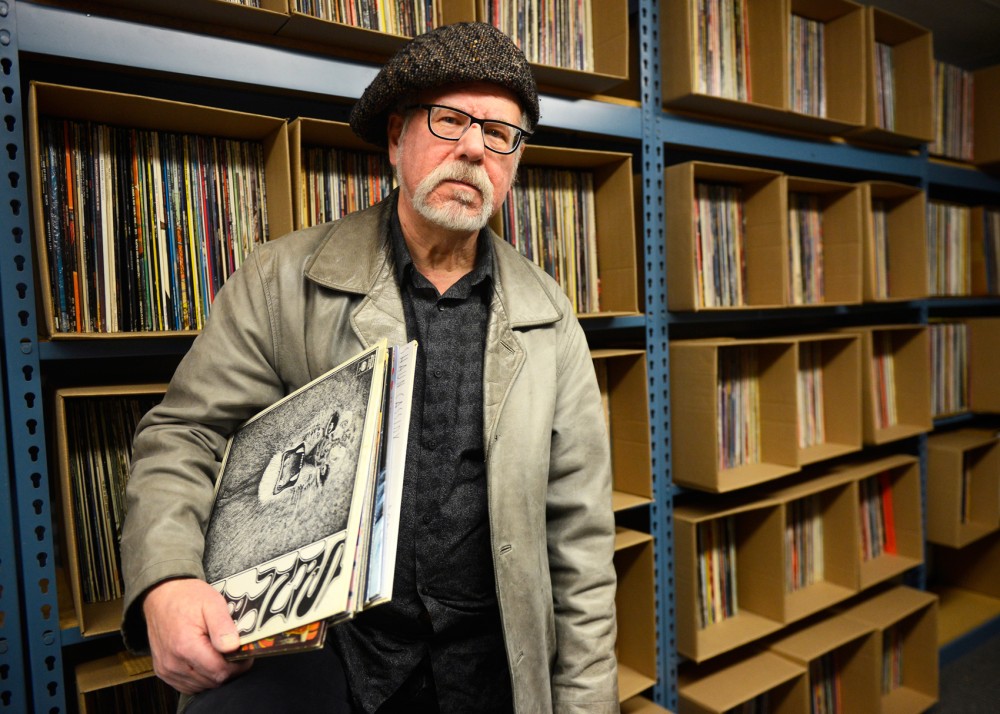 by Hannah Weikel
After decades of collecting music, a local critic is giving philanthropy a spin.
Jon Bream, the Star Tribune’s music critic since 1974, sold part of his collection, totaling 22,000 vinyl records and 6,000 CDs, and is using the profits to start a scholarship for arts criticism at the University of Minnesota.
Bream said he hopes the school will finalize the fund this week, allowing the Jon Bream Scholarship for Arts Criticism to accept applications in January and name the first recipient for next school year.
The School of Journalism and Mass Communication will select one journalism student to receive the scholarship and be mentored by Bream each academic year, he said.
“We will work on what the recipient wants to work on,” Bream said. “There are no rules. It will be flexible and change with each recipient.”
Bream said he will help the students by going to shows or movies with them and providing advice.
Mentorships are uncommon for scholarships, and Bream’s may be the only one of its kind in the College of Liberal Arts, University of Minnesota Foundation Vice President of Marketing and Communications Sarah Youngerman said.
“There’s more value in a mentorship than just money for tuition,” Bream said. “I have more to offer in expertise than just in cash.”
He said he wants the recipients to be mostly women and minorities, as those groups are underrepresented in arts criticism.
“Donors can be very specific in their gift agreement about the attributes and qualities they would like to see in the students,”
Youngerman said. “It is then up to the awarding unit to make the best match between a donor’s interest and the scholarship recipient pool they are able to choose from.”
The journalism school will match the scholarship fund, and Bream will work to raise more money for it, he said.
Scholarship money made up $51 million of the $196 million  donated to the University last fiscal year, Youngerman said.
“I wanted to give back to the University of Minnesota,” Bream said. “That’s where I got my start — at the Minnesota Daily. This scholarship is a good way to continue the legacy.”
A vision in vinyl
Bream’s records had been housed in the Star Tribune’s offices since 1991. When the newspaper moved to a new building in Downtown Minneapolis, Bream agreed not to bring along his collection of records and CDs.
He said at first he was unsure what to do with the music, accumulated since his music criticism career started at the Minnesota Daily in 1971.
“It seemed selfish to sit on a big collection and not share it,” Bream said. “I wanted to do something worthwhile.”
Collectors from across the country made offers on Bream’s collection before he decided to sell to local collector and Mill City Sound owner Rob Sheeley in March.
Not only did Sheeley make the highest offer, he also let Bream save some of his most sentimental records after the sale, Bream said. Both men declined to comment on the final price.
“I also knew that Jon was setting up a scholarship, which I thought was such a cool idea,” Sheeley said. “So my goal was to try and maximize the value as best I could for him.”
Sheeley said he paid half of the collection’s resale value. He is selling the music piecemeal, and a third has sold since August, largely to millennials.
Delete Image
Align Left
Align Center
Align Right
Align Left
Align Center
Delete Heading