PPERRIA had already requested the designation be denied. 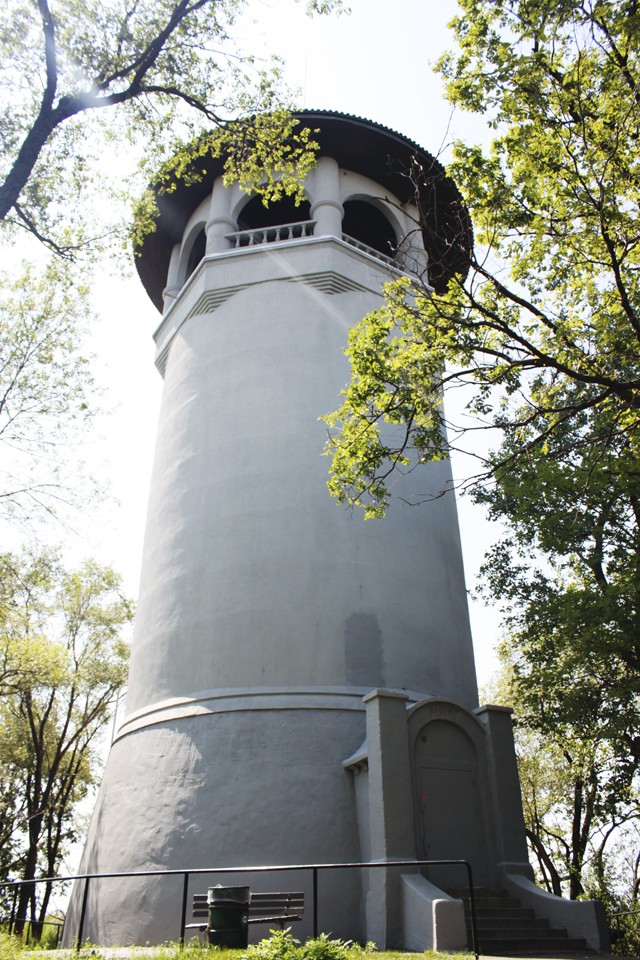 Prospect Park Water Tower, more commonly known as the “Witch’s Hat Tower”, was built in 1913. The structure is listed on the National Register of Historic Places, along with the Malcolm Willey House, also located in the Prospect Park area.

The Prospect Park East River Road Improvement Association (PPERRIA)requested that the council deny the neighborhood’s designation, as many residents found the protective guidelines too restrictive.

Ward 2 City Councilmember Cam Gordon, nominated the neighborhood for designation in 2008, and the application has been under review ever since.

PPERRIA requested the original nomination after the city permitted the demolition of two properties in the neighborhood that may have been considered historical under a pending national historical designation application, Joe Ring, chairman of PPERRIA’s historic designation committee, said.

Residents also wanted to protect the neighborhood from unwanted development stemming from the incoming Central Corridor Light-Rail Transit line and from its proximity to the University of Minnesota, he said.

However, when the neighborhood was placed under interim protection while the application was being considered, many residents found the review process required for home improvements costly and time-consuming, Ring said.

There were also instances in the neighborhood where applications to renovate homes for safety reasons, such as replacing windows with lead-based paint and making homes handicap accessible, were initially denied by the city’s Heritage Preservation Commission, Ring said.

“I am a preservationist,” Ring said. “But when the goals of preservation supersede the health and safety of the community, that’s where I draw the line.”

Interim protection has many of the same regulations as full local designation, Gordon said, so residents “got a taste of what it would be like” to be a historical district — and many residents weren’t happy with the extent of the regulations.

Prospect Park resident Becky Sun wanted to add a free-standing garage to her property last year and had to apply to the HPC to complete the project, a process that delayed construction at least four months and cost hundreds of dollars, she said.

“I thought it was going to be pretty easy, but it seemed like there was always some problem with the design,” Sun said. “There was constant back and forth.”

Eventually Sun was given permission to go ahead with her project but said she thought the process was “over the top.”

“In the end, most people who went through the process got to do what they wanted to do,” Gordon said, “but the delay, the extra cost and the worry of ‘Maybe this won’t go through’ caused some people to think, ‘Maybe this is too much.’ “

In March 2010, the HPC voted to extend the interim protection to continue studying the area, but PPERRIA successfully appealed the extension.

PPERRIA is also exploring a less stringent type of preservation called a conservation district, which would protect the area’s historical landmarks
while still allowing residents to make changes to their properties and have input on protection rules.

“A conservation district is more about preserving the character and feel of the neighborhood,” McClurg said. “It allows for more changes to occur.”

Prospect Park is a neighborhood characterized by its eclectic architecture and layout, McClurg said, making it more difficult to fit in the traditional mold of historical designation but a good candidate for a conservation district.

McClurg and Donofrio are working to find out the different ways cities employ conservation districts and how the residents and cities feel about the effectiveness of the protection, they said.

There are at least 50 conservation districts nationally, McClurg said, and many more cities that have ordinances in place for the creation of districts but haven’t used them yet.

Minneapolis would still have to pass an ordinance to make the conservation district possible, Gordon said, and he said he plans to introduce an ordinance within the year to get the process started.

Ring said he hopes a conservation district will allow the neighborhood to strike a balance between protection and necessary renovations.

“What we’re looking for is more local community participation,” Ring said. “We want to work from the bottom up and find that common ground.”