The school is recovering following a decline in enrollment after the 2008 recession. 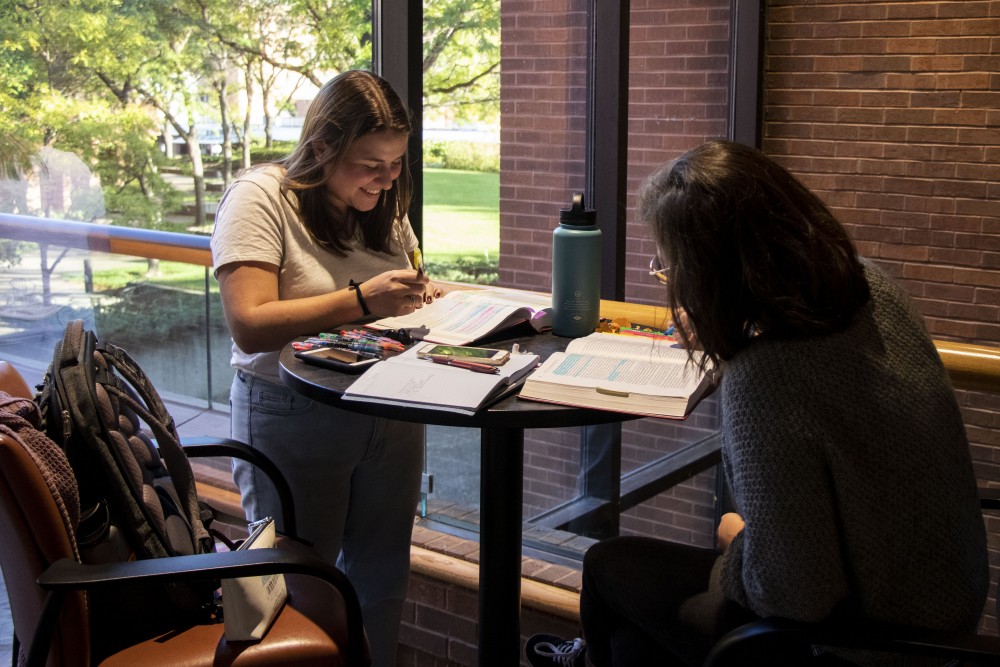 This fall, the University of Minnesota Law School saw its largest entering juris doctorate class in eight years. The school is recovering after a decline in enrollment following the 2008 recession.

Reasons why enrollment is bouncing back at the law school range from a strong economy, the school’s high ranking and the current political climate, according to students and those in the industry.

Coined the “Trump bump,” many speculate the rise in law school enrollment across the country can be, in part, attributed to the political climate. The idea is that some students, upset about actions by President Donald Trump, feel motivated to create change.

While there is no way to prove the “Trump bump” theory, it has been widely discussed.

“The current political climate has caused some people to be so angry about the way things are going in society and politically,” said Dave Killoran, CEO of PowerScore, a company that helps students prepare for exams such as the LSAT. “One of the strong ways to make an impact is to go to law school, become a lawyer and fight for what [you] believe in.”

Law schools are reporting that in applications, students are indicating that law school is a political vent for them, Killoran said.

“It is a good way to get involved and be able to make changes,” said Tori Seaver, an entering University Law School J.D. student.

While there is speculation about the “Trump Bump” theory, University Law School Dean Garry Jenkins said that on a national level, law school applications declined last year. This decline indicates that the political climate may not have been the largest force affecting applications.

“I’m not sure if the ‘Trump Bump’ is true anymore,” he said.

The University’s Law School is ranked as the 20th best law school in the country this year, according to a report by U.S. News.

The school has one of the best programs for human rights law, according to Annika Cushnyr, an entering J.D. student. It is a big reason why she decided to go to the University’s Law School.

Dan Remington, a second-year law student, said he chose the University partly because of the school’s high employment statistics.

At the Law School, over nine out of 10 students graduated last year with full-time, long-term, J.D.-required and advantaged jobs.

Jenkins said he thinks the high employment rate is due to an improved job market and the work of the school’s career services.

Following the 2008 recession, enrollment numbers at the Law School dropped. The entering J.D. class in 2015 had 174 students, a low over the past decade.

During the time of low enrollment, the school did not lower their standards to let more students in, which could affect their prestige and national ranking.

Low enrollment contributed to financial shortcomings in the school, causing a deficit.

The school is on a three-year plan to pull itself out of the budget deficit and is currently on track to meet its goal.

The past few years, enrollment numbers at the Law School have been returning to where they were before the recession.

Remington said he thinks more people are going to law school because the market is doing well. While it was dampened for a long time, things are looking good now and employment numbers are up, he said.

While enrollment is up now, Killoran said that within a few years they could go back down again.
The number of people interested in law school fluctuates over time.