The Northstar Apartments at Siebert Field will see 80 new bedrooms with an upcoming expansion. 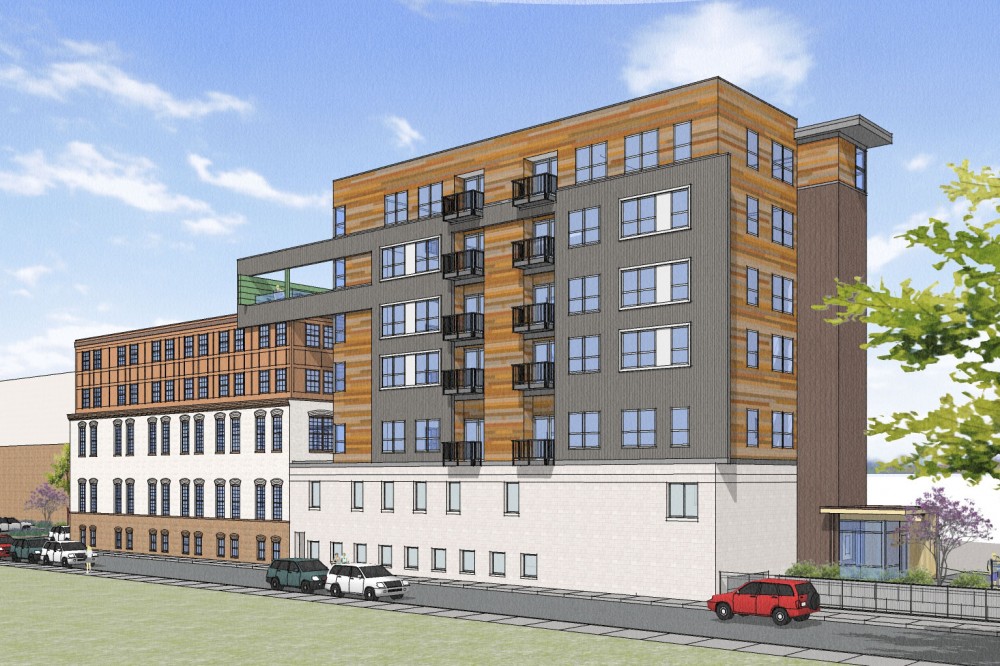 A five-story addition to apartments near Dinkytown will double the original structure’s size and capacity.

The Northstar Apartments at Siebert Field is set to start construction on a five-story addition by the end of this fall. The addition, approved by the Planning Commission in August, will add 20 dwelling units totaling 80 new bedrooms. The increased units in the area help to increase needed housing, community members say.

“It’s a very convenient location … it has some nice views from the units over the field,” said Benjamin Metzdorff, an architect with Collaborative Design Group on the project.

The addition will be located on top of an existing two-story parking garage, bringing the building to seven stories at its highest point. The new units will connect to the current apartments housed in the repurposed brick warehouse.

With the addition, the apartment building will have a total of 43 units and 158 bedrooms. Long-term bike parking spaces will be added to accommodate the increased density.

An increase in housing will help alleviate a citywide need, said Edward Goetz, director of the University of Minnesota’s Center for Urban and Regional Affairs, which works with local communities on issues like housing.

“The city of Minneapolis has a housing shortage … There are going to have to be multiple responses to sort of solve that,” he said. “That includes expanding on existing housing, it means densifying certain neighborhoods by putting more units in and it means new productions as well. I think we have to go about it in all different manners.”

Students said adding more units in the area might help decrease rents and cater to those who may not be able to afford luxury apartments.

“I feel like adding more options would be nice, because there’s lots of different students with different price ranges on campus,” said Kaylyn Anderson, a University student and nearby resident.

Grant Badger, who has lived in the Northstar Apartments at Siebert Field for two years, said he would not mind increased units in his building.

“If there’s more, I feel like that’d bring down the cost of living over here a little bit,” he said.

The apartments are intended for students, Metzdorff said. The building’s extra space above the parking garage presented a unique opportunity to grow, he said.

“I think that’s increasingly how we are going to have to think about meeting the housing needs of this area, by repurposing properties for housing,” Goetz said.

The project will likely be completed by fall of 2020, Metzdorff said.