Some students and faculty accuse the department of being too Eurocentric. 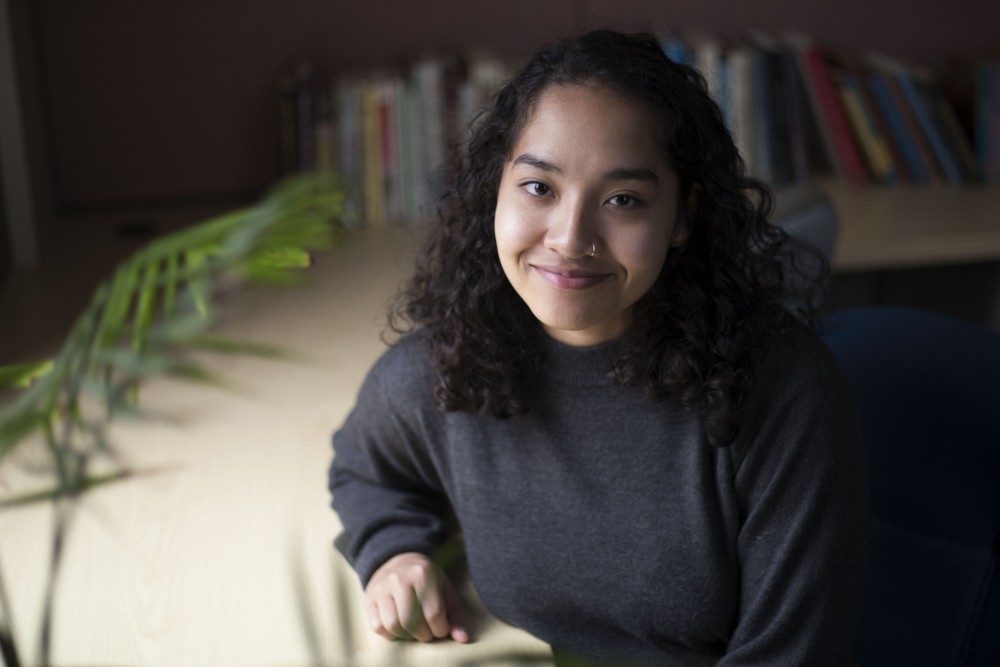 Sophomore Jennie Harris, a sociology and gender, women and sexuality studies double major, poses for a portrait at the University's english department in Lind Hall on Tuesday, April 2. Harris said her english courses were too Eurocentric, so she changed her major to a minor.

Jennie Harris contemplated being an English major when she started at the University of Minnesota.

However, after speaking with fellow students of color and taking a few English department courses, she decided on an English minor instead of a major. She felt there wasn’t a strong enough focus on marginalized voices in the English department.

The English department formed a committee this spring to work on issues of equity, diversity and inclusion. This is part of a three-year plan that is required of all College of Liberal Arts departments. According to department head Andrew Elfenbein, the committee includes tenured and tenure-track faculty, staff and graduate students.

“The English department takes issues of diversity, equity and inclusion extremely seriously,” Elfenbein said. “Our mission statement is that we ‘enlarge our understanding of the human condition and the power of the creative imagination.’ It is impossible to achieve this mission without acknowledging the enormous diversity of the writers and speakers of English.”

The committee has until next year to help design portions of the department’s three-year plan to focus on diversity. However, Harris said she wanted to see a more fundamental change.

“I’m not the only one who has ever been deterred from a major because they felt the curriculum didn’t include them,” she said. “You can look at this as both what those of the majority lose, but also what people of color miss out on in terms of understanding their own histories.”

The University is not the only school to reexamine its English department. Last year, following an online petition, Yale University diversified its curriculum. It no longer required English majors to take a course on traditional poets from England. Elfenbein said he hoped the newly created committee will better serve students who care about matters of diversity.

English professor and head of the committee Qadri Ismail was critical of the department’s inability to progress.

“This discipline [of studying English literature] emerged 200 years ago, wholly white and largely male. However, as a consequence of feminism and antiracism, this discipline has fundamentally changed in the last 20 years,” Ismail said. “The department has been reluctant to change.”

There has been debate among faculty as to how Eurocentric English department courses are. Elfenbein said that of the 10 required courses for the English major, only two specifically involve Europe: Shakespeare and the British Literature survey. However, Ismail said Eurocentric teachings exist in every class and can limit what students are exposed to.

“We don’t have to be teaching Shakespeare, a dead white author, as the only required one,” Ismail said.

Elfenbein added that diverse perspectives are brought in through guest speakers and lecturers. Lizeth Rios, a fourth-year English major, said while she appreciated these events, specific courses centered on marginalized voices had to be sought out.

“Through my electives, I decided to take Introduction to Chicana/o Literature, which led me to doing the Chicana/o minor,” she said. “It is still up to the student to decide what courses they want to take. [However], … there is no push for students to take these classes.”

Harris said that because diverse perspectives are not integrated into core curriculum, students often have to seek it out themselves.

“My experience is as much of the human experience as everybody else’s is. It should be taught too,” Harris said.