The Gophers lost to NC State 4-3 in their home opener. 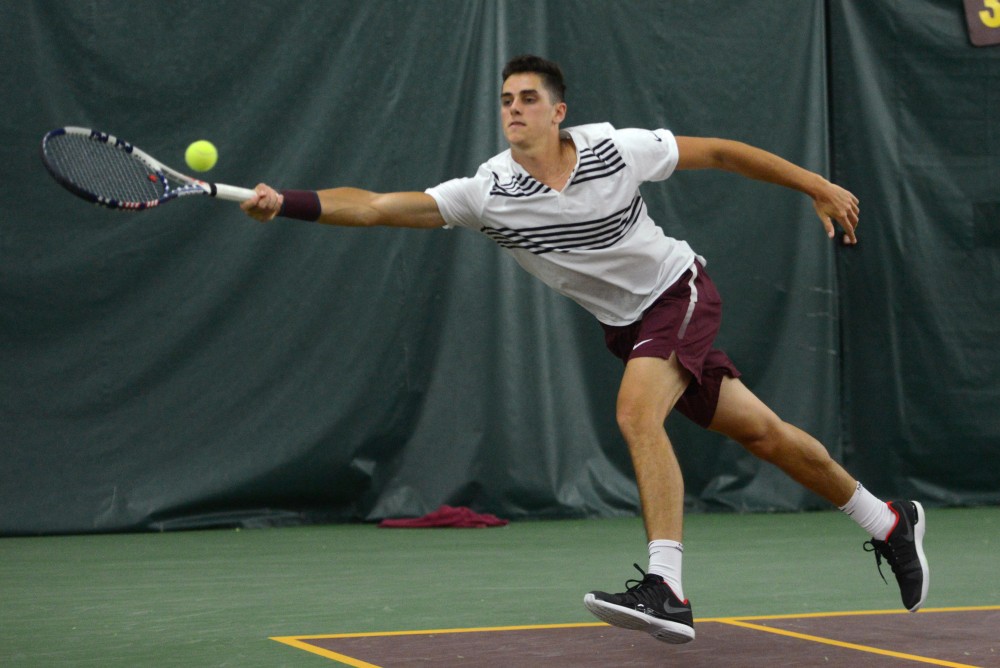 Senior Felix Corwin lunges for the ball during his doubles match against NC State on Saturday, Jan. 20.

With the dual tied 3-3, fans at Baseline Tennis Center shifted their attention to the final match of the day.

Minnesota’s No. 35 Stefan Milicevic went up against No. 16 Alexis Galarneau of NC State in the No. 1 singles spot. The two went toe-to-toe, but ultimately Milicevic was defeated in three sets, as the Gophers lost the dual 4-3 on Saturday at Baseline Tennis Center.

“We know we have a really good team and deep team, but we have a lot to work on to get better,” said head coach Geoff Young. “[NC State] are a good team and they competed well.”

The Gophers started the day by winning the doubles team point after the No. 26 ranked doubles pairing of Matic Spec and Felix Corwin beat Igor Saveljic and his brother Ivan from NC State. The second win in doubles came from the Marino Alapeza and Milicevic pairing in a close match. However, Minnesota could not build on the momentum from doubles as they went 2-4 in the singles matches.

Milicevic had a 4-2 lead in the third set, but Galarneau came storming back to beat Milicevic 6-3, 3-6, 7-5. Milicevic dropped the first set and won the second set to force the deciding third set.

“I’ve been a emotional player my whole career,” Spec said. “It is a team sport, you’ve got to be loud and got to be supportive of your teammates.”

In doubles competition, Corwin and Spec won their match 6-2. Their opponent, the Saveljic brothers, were 9-1 on the season before dropping their match against the Minnesota duo. The other two doubles matches were tight.

“It was a great match, we battled our hearts out, there were such small margins,” Corwin said. “You can only hope that later on in the season you get those bounces to go our way.”