Review: Father John Misty’s album feels important — but is it? 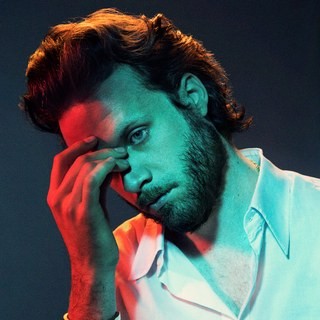 Father John Misty has been classified as “indie-rock,” but Tillman’s voice fits into a genre all its own. With an aged ruggedness and smooth transitions, his voice seems to be from another era.

“God’s Favorite Customer” has 10 tracks and a duration of 38 minutes. Each song appears to reveal an intimate story of its own — if you can decipher it.

Standout single “Mr. Tillman” tells the story of a man checking out of a hotel — or perhaps a psychiatric clinic. The character partakes in, shall we say, odd mannerisms.

“Don’t move your mattress in the rain if you sleep on the balcony,” the first verse hums.

But Tillman explains away this confusion in the chorus. “Oh baby, don’t be alarmed this is just my vibe,” he sings.

As complex as Tillman’s tales appear, you cannot deny the intoxicating allure of his vocals.

Due to its brutal honesty, “God’s Favorite Customer” has been described as John Lennon-esque. Comparisons can also be made between Tillman and Bob Dylan, storytelling ability-wise.

For example, “Disappointing Diamonds Are the Rarest of Them All,” tells the story of inescapable love and heartbreak through hauntingly visceral metaphors.

“Like a carcass left out in the heat / This love is bursting out of me,” Tillman sings.

Similar to his three previous albums, “God’s Favorite Customer” is primarily about Tillman — the troubled narcissist that he is.

But the album is also about love.

Not the cliché, head-over-heels love that refreshes your outlook on life, et cetera. This is about the utter adoration you can feel for another person, and the pain that inevitably follows.

Six years since his debut and four albums later, Tillman knows we are putty in his hands.