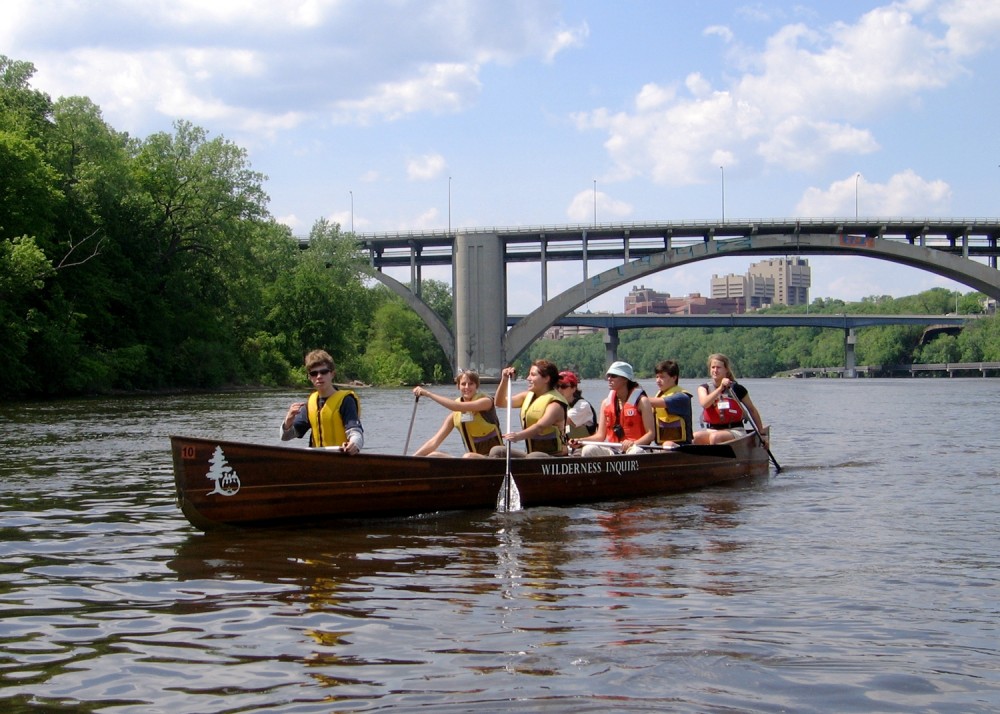 âÄúMinnesotaâÄôs National Park LegacyâÄù WHEN: Oct. 6, 6:30 p.m. WHERE: Channel TPT2 Minnesota doesnâÄôt have Yellowstone . It doesnâÄôt have the Grand Canyon , the Great Smoky Mountains or the Grand Tetons . But in a new documentary by Twin Cities Public Television (TPT), the impact of MinnesotaâÄôs national parks is nonetheless spectacular. The film, âÄúMinnesotaâÄôs National Park Legacy, âÄú is inspired by the new Ken Burns documentary âÄúThe National Parks: AmericaâÄôs Best Idea âÄú and will premiere on television after the first installment of BurnsâÄô film early next month. Though âÄúMinnesotaâÄôs National Park LegacyâÄù lacks the fantastic budget, the immaculate HD pans, the celebrity narration and the accompanying coffee table book, the documentary captures what makes MinnesotaâÄôs parks important: the people behind them. âÄúThe idea for filming came from the parks,âÄù explained the filmâÄôs writer, director and producer, Steve Spencer. According to Spencer, many states have been making their own documentaries in anticipation of the Burns release. In the film, each of the national parks, monuments and scenic trails in our fair state are introduced to the audience one by one. For each park, a different story is unfurled not only through the land but through portraits of the people involved in each park. TPT begun filming the documentary last June and finished earlier this August . The film is centered on interviews with various members of the community explaining their roles in the parks. âÄúThe focus of the film was the stewardship and community involvement,âÄù said Spencer. âÄúThere is a reason the first person you hear from in each segment is a member of the community. We really wanted to emphasize community.âÄù There are many communities around the state that contribute to the national parks. Aside from the staff of professional and volunteer park rangers, who have been called the governmentâÄôs most popular bureaucrats, the parks also engage local volunteer groups and native communities in many different capacities. Both Pipestone and Grand Portage are unique in their shared ownership of the land with the Dakota and Ojibwe tribes, giving the sites a living cultural history. The Minnesota leg of the North Country Trail, which will run a total of 4,600 miles from North Dakota to New York , is being established almost entirely though the work of a volunteer force. Partnerships have always been a part of what the National Park Service does, according to Paul Labovitz, superintendent of the Mississippi National River and Recreation Area , whose park relies on groups to help keep the river clean and accessible. âÄúWe have to convince people to be responsible and to take care of the river.âÄù At the filmâÄôs premiere last week at the Bell Museum, a few hundred of the people involved in the film were present to view the finished product. Among the crowd, a few ranger hats bobbed, one belonging to Chris Stein, superintendent of the St. Croix National Scenic Riverway . âÄúOnly Congress can establish national parks,âÄù said Stein just before introducing the film. âÄúActually, only God can establish them,âÄù he added. And he might be right, but itâÄôs only the ordinary folk that can preserve them. âÄúTwelve thousand years ago, the Mississippi River flowed here,âÄù said Ranger John Weinburg of the St. Croix National Scenic Riverway, âÄúand hopefully, in 100,500 or even 1,000 years, somebody will visit and it will look the same.âÄù