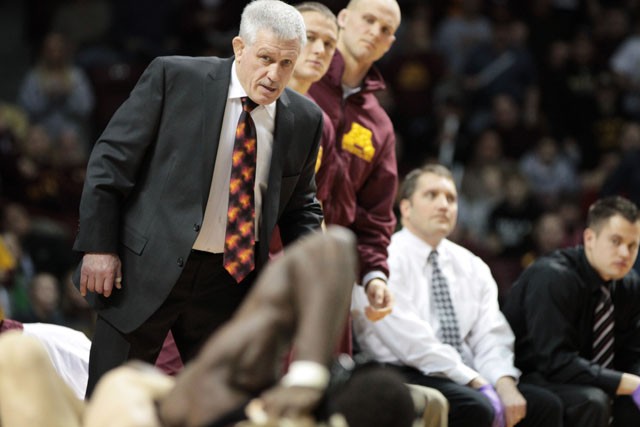 Assistant commissioner Scott Chipman issued a release that said some of RobinsonâÄôs post-match comments were in violation of the Agreement, presumably those from a Q&A with Robinson posted by the Daily Collegian âÄî Penn StateâÄôs student newspaper âÄî following an 18-18 tie in which Robinson said:

Robinson was referring to Penn StateâÄôs Frank Molinaro (149-pounds), who took injury time during his match with Danny Zilverberg on his way to an eventual 6-5 win. The Nittany LionsâÄô coaches and medical staff came out to check on Molinaro, but gave him no actual treatment.