After a victory Friday in the rain, Minnesota struggled in the second half and lost to DePaul. 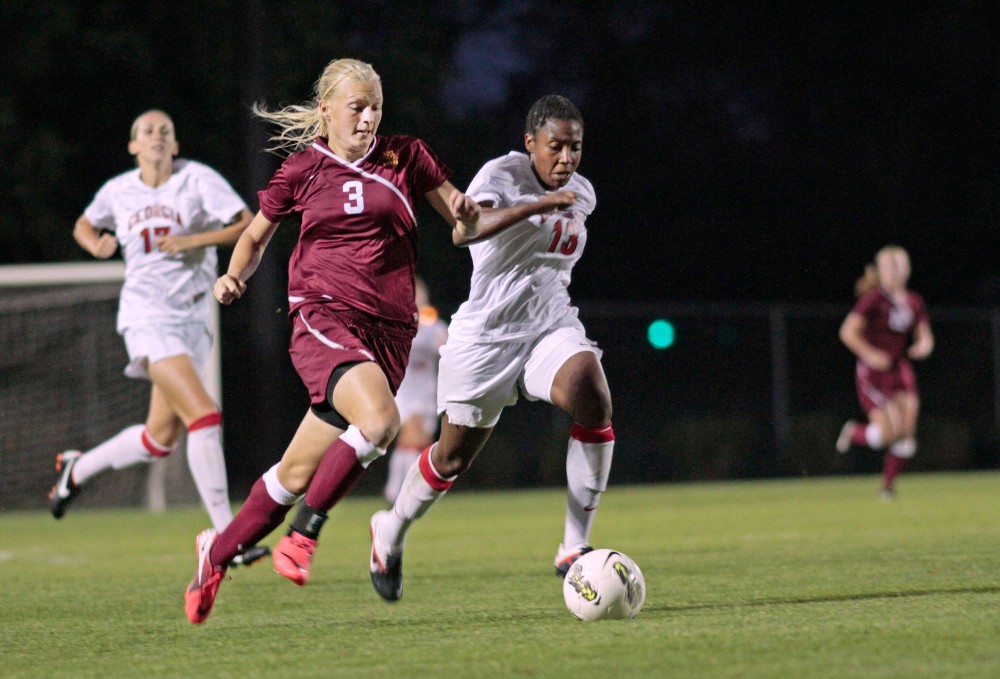 The Gophers soccer team split a weekend series in Illinois this weekend against Illinois State and DePaul.

Minnesota (3-5) defeated the Redbirds (3-3) on Friday âÄî which snapped a two-game losing streak âÄî but fell to the Blue Demons (2-5) on Sunday.

Friday night the Gophers won 1-0 as both teams endured a wet field and rainy conditions.

The lone goal of the match was scored on a breakaway by Minnesota freshman Taylor Uhl in the 79th minute. Uhl is the leading scorer for the Gophers this year with five goals.

After the goal the Gophers held off the Redbirds attack for the final 20 minutes to seal the victory.

âÄúAfter taking the lead, it took a whole team effort to keep Illinois State from penetrating through our defense,âÄù junior Nicole Baier said in a release.

The sloppy conditions led to a lack of scoring chances âÄî only three shots were put on target by each team.

âÄú[Friday] was a tough match to play with it downpouring for most of the game,âÄù said head coach Mikki Denney Wright in a release. âÄúBut I am proud of the team for grinding out a victory in these conditions. We controlled the play of the match and really put together a dominating performance.âÄù

The weather was more forgiving Sunday when Minnesota took on DePaul under partly cloudy skies and 70-degree temperatures.

Minnesota took advantage of the improved conditions with two legitimate scoring chances in the first half, one came when Shari Eckstrom hit the post in the 24th minute.

The second resulted in the first goal of the match when Josie Solie housed a Baier corner kick in the 37th minute.

The Gophers vastly outplayed DePaul in the first half, posting seven shots with two on goal compared to the Blue DemonsâÄô two shots, neither of which was on target.

DePaul scored the winning goal in the 99th minute in overtime when Sarah Gorden beat a defender and put the ball past Parkhill.