Minnesota finished with the best vault score in the NCAA this season. 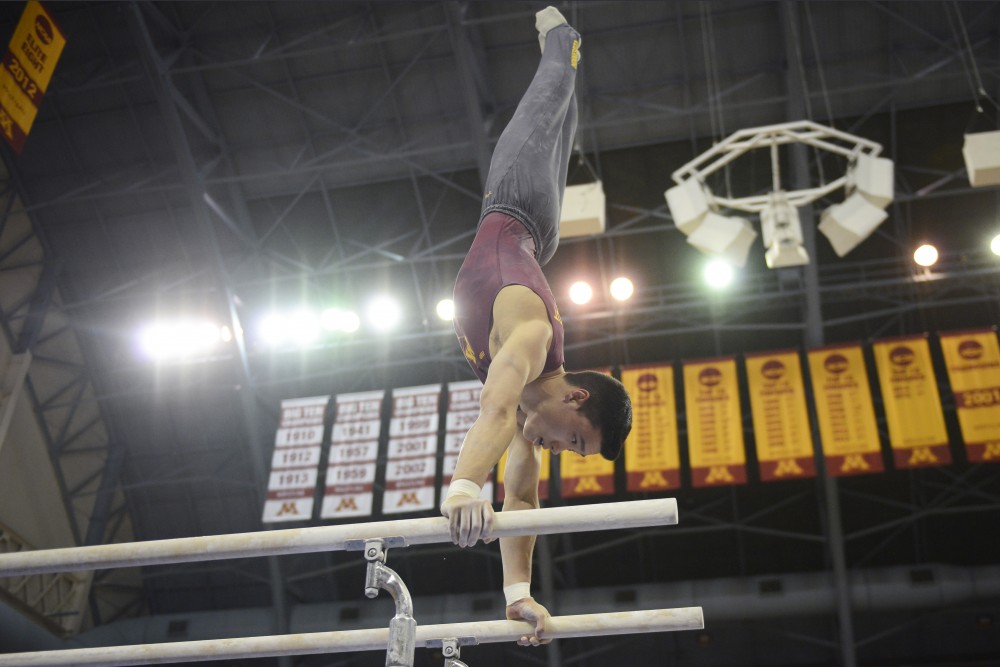 Justin Karstadt competes on the parallel bars against Penn State at the Sports Pavilion on Jan. 23, 2016.

After losing the Windy City Invitational, Minnesota (2-1, 2-1 Big Ten) looked for its first victory in an away meet on Saturday.

They won and in the process, the Gophers posted the second-highest score in the NCAA, including the best vault score.

“To put ourselves in the realm of the top scores in the country was satisfying for us,” Burns said.

Burns said he wanted his team to carry the energy from its meet against Iowa last week to Colorado Springs.

“That’s never an easy thing to do because the energy we had last week was due to our home crowd,” Burns said. “You got to stay together as a team. You got to stay engaged and focused and tap in to your teammates because that’s where your energy is going to come from.”

“They were able to fight through some tough spots and kept getting better as the event wore on,” Burns said. “It was our last event of the day. To have a great performance to finish the day was satisfying. You always want to finish the meet to the end.”

Minnesota will host Illinois (4-0, 3-0 Big Ten) on Saturday at 2:30 p.m. Burns said he wants the team to improve their scores and not miss routines against their undefeated opponent.

“We’re going to need everybody to bring their A-game on Saturday,” Burns said. “Illinois is a tough team and they’ll be a good challenge for us.”