Minnesota returns a cast of a familiar characters following a historic 2019 season. 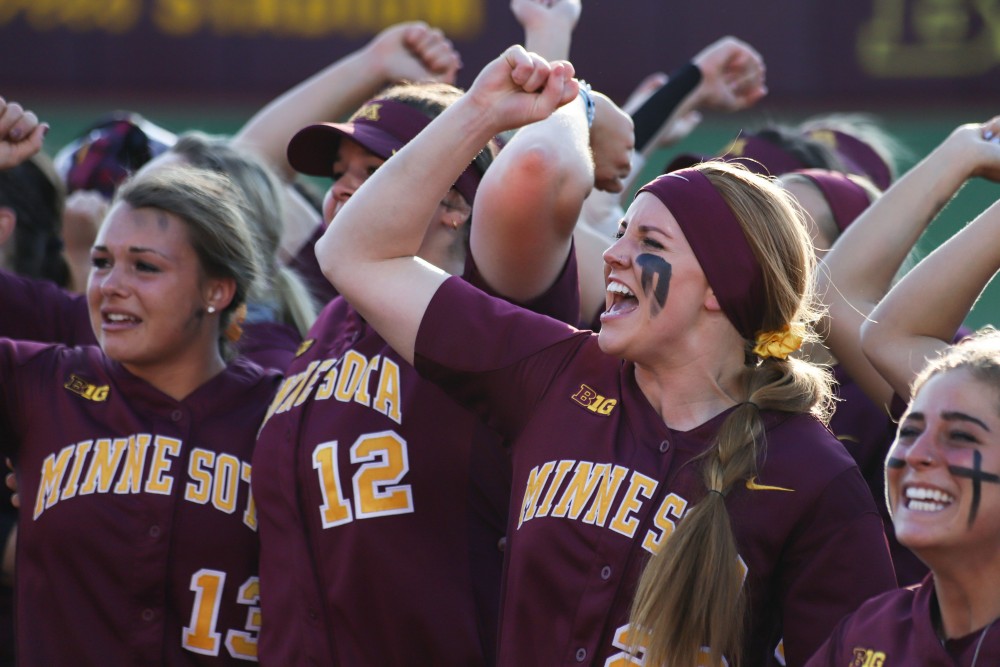 Members of the Gopher softball team celebrate after winning the NCAA Super Regional against Louisiana State at Jane Sage Cowles Stadium on Saturday, May 25.

The Gophers softball team is set to return to the field with high expectations, coming off their first-ever appearance in the Women’s College World Series in 2019.

Last season, the Gophers proved they could compete with any team in the country, finishing the season with a 46-14 record and closing the year as the No. 8 team in the nation. A loss to Washington put an end to the Gophers’ historic run and with last season in the rear-view mirror, Minnesota is set to embark on its 2020 campaign ready to get after it.

“We got back on campus being able to celebrate some of the success of the previous season, which was a historic season, a special season,” head coach Jamie Trachsel said. “But at this stage, we’re kind of getting ramped up to get our journey started with this new group and this new team as we accept the challenge of our opportunities in front of us.”

Minnesota will open the season ranked No. 8 and will have its first chance to compete on Friday when it takes on North Carolina State and Missouri State. It may be a new team and a new year, but the Gophers roster will look relatively familiar with a number of returners, including pitcher Amber Fiser, designated player Natalie DenHartog, infielder Hope Brandner and infielder MaKenna Partain, who were all named to the Softball America 2020 top-100 list.

The Gophers will, however, be forced to begin the season without Brandner, who hit .354 last season and had a team-high 19 home runs. Brandner has not been medically cleared to play and her status moving forward is unknown.

Fiser, along with making the top-100 list, also made USA Softball’s top-50 Collegiate Player of the Year Watch List. Fiser has 666 strikeouts and a 1.50 ERA for her career, and finished with a 1.27 ERA and a 31-9 record last season. The Gophers’ ace fueled the team’s historic run, and her dominance on the mound will be needed during the team’s challenging 2020 schedule.

Along with their strong returning core, the Gophers have also added six freshman to the roster: Sydney Strelow, Olivia Peterson, Delanie Cox, Kianna Jones, Ava Dueck and Shyann Beddow, as well as a pair of transfers in Brooke Vander Heide and Autumn Pease. Trachsel is pleased with the progress they’ve made throughout practices.

“They’re getting better,” she said. “We talked about getting better every day, better by inches, and that being our focus. When you add up enough of those days you can really see and feel the difference.”

With their 2019 season behind them and expectations rising in their upcoming campaign, the Gophers have a new goal: meet them.