Sun Gods to Gamma Rays emphasize feelings over thinking theoretically about music — close your eyes and get ready to sway, kids. 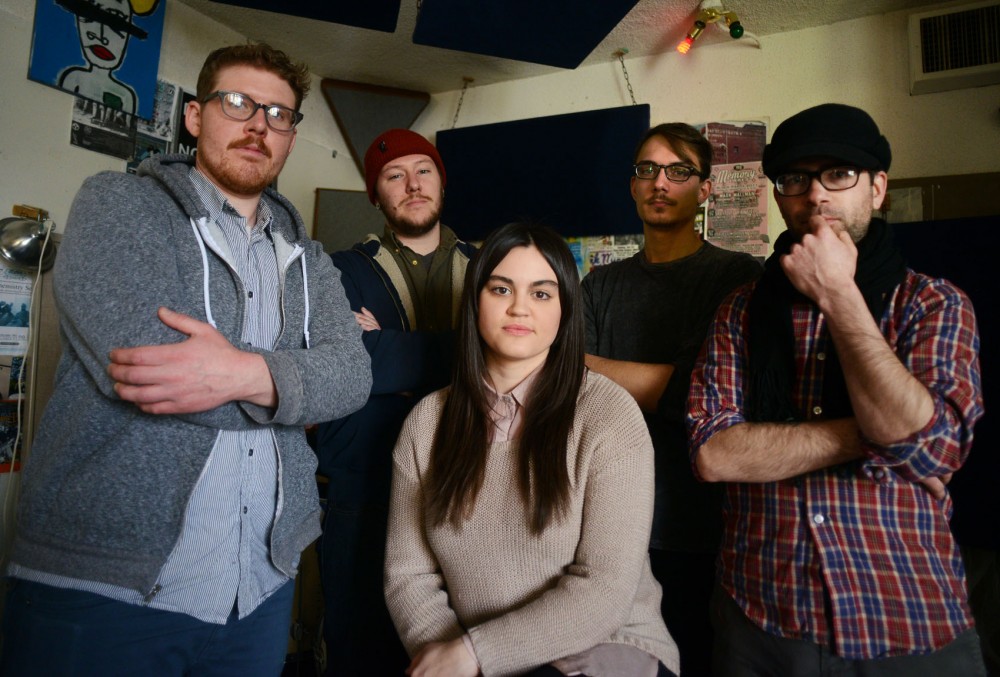 Bartosz Lampart finally got his way.

The 18-year-old high school exchange student from Warsaw, Poland, caught his favorite band, Minneapolis outfit Sun Gods to Gamma Rays, at one of their only shows he could get into underage.

“I remember hearing them in the car with my host family and trying so hard to write the lyrics down,” he said. “I fell in love instantly.”

He’d been waiting for months. As show time drew closer, Lampart thought of the first time he’d heard the “cosmic ensemble” play their ethereal blend of dreamy rock with splashes of drone and jazz.

When Lampart became active on the group’s Facebook page and approached them for a quick autograph session after their set, the band was totally surprised.

“He was the first person that really dug us that none of us knew at all,” said Peter Bregman, the band’s resident Rhodes piano player.

Even though Sun Gods to Gamma Rays received positive press for their EP, “The Water, The Wave” late last year, they’re still finding their balance as a band.

Once the outfit discovered their styles meshed well, they started crafting the band’s now-signature aesthetic.

It’s fitting, because the song from which “The Water, The Wave” gets its title swells into a rhythmic suite with a runtime of 7:15. Each pulse of the bass paired with Kocka’s fragile coo is as hypnotic as it is comforting.

“I don’t know what it is about our rhythm that ends up working,” he said. “But somehow, each of us will lay something down, and it all starts coming together out of nowhere.”

Their sound comes from feeling the groove rather than textbook music knowledge, Kocka said, and her most recent lyrics have been influenced by how words sound more than their meaning.

This instinctual take on music is embraced by all members of the band.

“We’re all in touch with how we feel every day,” she said. “Sometimes I’ll come to rehearsal and feel like a total tool, and that’ll really affect what happens there.”

Kocka’s father, Steve Kocka, said his daughter has always been in tune with her emotions. The apple doesn’t fall far from the tree, because when he played in his band The Battle Creek Boys in the ’70s, he said he worked the same way.

“There’s always been music in the house,” he said. “Brianna was doing stuff in ninth grade that I didn’t grasp until I was much older.”

That sort of quick development continued in her work with Sun Gods to Gamma Rays.

“We’ve been writing faster and faster as we move forward,” Bregman said.

The band speculated they’ll release a full-length record in fall 2014.

“We only have three new songs, so I’m hesitant to draw any conclusions, but we’re starting to groove more,” Brianna Kocka said. “It feels dance-ish.”

However, they’re more focused on getting prepared for their second appearance at the Mid West Music Fest in April and refining their sound.

“Being in a band is like being in a polygamous relationship,” she said. “And it’s awesome.”