The decision drew swift concern from students, many of whom say they will not take the class. 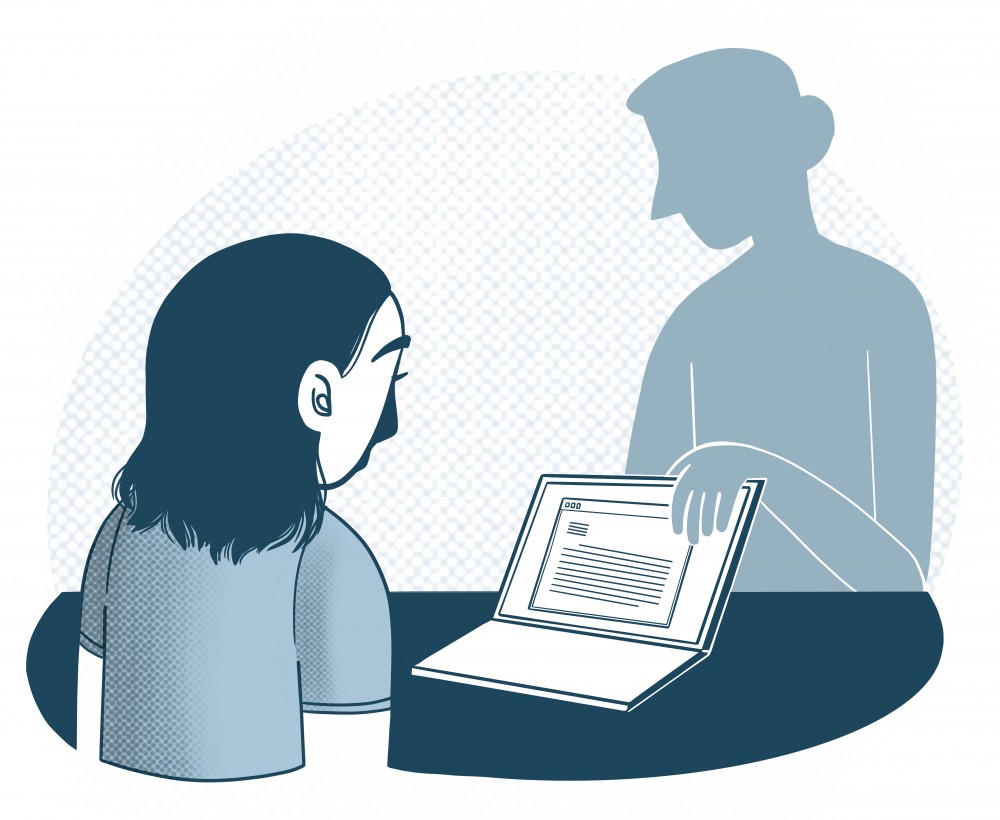 A professor disciplined for alleged sexual harassment by the Humphrey School of Public Affairs is slated to be the sole instructor teaching the only human rights capstone class next spring, leading some students to say they will not take the class at all.

James Ron, a former co-director of the Master of Human Rights program, was disciplined by Humphrey Dean Laura Bloomberg late last year following a University of Minnesota investigation that found he “more likely than not” violated University sexual harassment policy.

Students were notified of the teaching arrangements for capstone classes via email on Sept. 23. The email indicated Ron would be leading the only core human rights capstone class at Humphrey, prompting several students to raise concerns about having to take a course with him.

In response, Humphrey Associate Dean Carissa Slotterback sent another email to human rights students less than an hour after the initial announcement was made.

“My apologies if my email created alarm and I am grateful for the quick feedback you provided,” Slotterback said in the email. “I want to assure you that [no] MHR or other student will be required to take a course with Dr. Ron.”

Bloomberg declined an interview with the Minnesota Daily, saying questions around ensuring students feel safe and supported were addressed in a Sept. 6 interview.

Capstone courses are a central part of Humphrey curriculum, offering students a chance to gain real-world experience by working for an external organization, according to the email sent to students. Instructors work with students on project management, client coordination and accessing background information among other subjects.

Part of Ron’s discipline prohibits him from advising Humphrey school students and supervising student research for two years. After human rights student Karen Chonofsky emailed administration to ask how being a capstone instructor would not fall under these restrictions, Slotterback replied that the restrictions do not apply in this case because the capstone is a class.

“I think they are misconstruing what a capstone is,” Chonofsky said. “Past students have told me that you work really closely with your capstone instructor, a lot more closely then you would as an adviser/advisee relationship.”

Chonofsky said no matter what the capstone is, even if it is focused on her exact career goals, she will not take it with Ron.

Students expressed concern to Humphrey administration in May about Ron teaching the class, said Katie Burke, a second year in the human rights program who has led student conversations about the sexual harassment allegation.

“This is hugely concerning for students who are in the human rights program or would have done a human rights project, as they have to choose between working with him or being unable to do a project in their field of study,” Burke said in an email.

Humphrey administration confirmed that no students would be required to take a class with Ron, and the school is working with other capstone instructors to provide opportunities for human rights related projects. Students can register for any capstone course, regardless of their degree program.

According to emails from administration to students, Humphrey administration anticipated students would not want to take a course with Ron. One class he is currently teaching this fall has seven students enrolled and 22 open seats, according to Schedule Builder, a University class registration tool.

“Given the history in the past year of the administration and how they have interacted with us, I don’t see a lot of reason for me to believe that they are really looking out for the students,” said Sarah Allis, a Master of Human Rights student.

Allis had been attending Humphrey part-time, but quit her job this fall to attend full-time and graduate in the spring. She said she will “absolutely not” take the human rights capstone with Ron.

The way Humphrey has dealt with the situation has changed how she looks at the school, Allis says.