American Indians reconnect with their roots through food 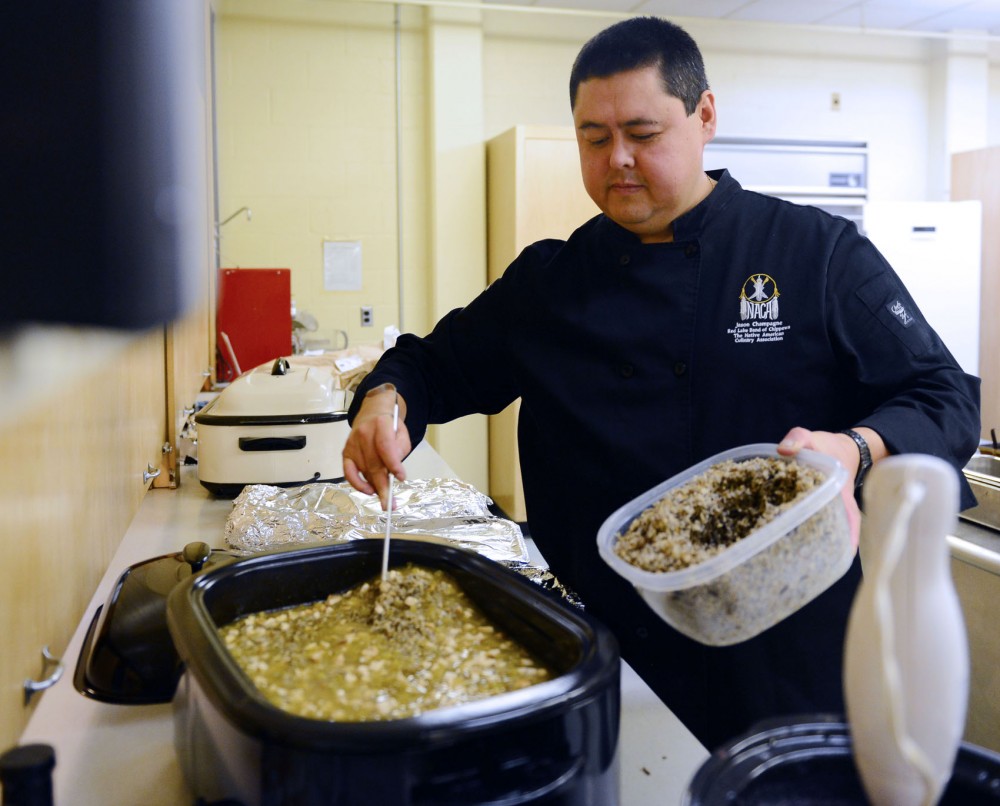 On October 3, 1863, in the midst of the Civil War, President Abraham Lincoln proclaimed that the last Thursday of every November would be set aside for “a day of Thanksgiving and praise to our beneficent Father who dwelleth in the heavens.”

Sarah Josepha Hale, an editor for American Ladies Magazine, pressured Lincoln into issuing the proclamation, believing it could eliminate tensions between the North and South. In 1941, Thanksgiving was declared a national holiday.

So what’s the deal with the so-called “first Thanksgiving” commonly depicted in grade school pageantry? Versions of the real story vary wildly.

In an interview with “Indian Country,” Ramona Peters, the Mashpee Wampanoag
tribe’s tribal historic preservation officer, said the truth is that the 90 Wampanoag Indians who came to Plymouth in 1621 were actually responding to shots fired by colonists.

After being told the shots were fired in celebration of the harvest, the Wampanoags decided to stay three days to ensure the story was true, she said. Inevitably, they ended up sharing meals.

The Thanksgiving story commonly told in schools is “a beautiful myth for the nation,” said Jean O’Brien, department chair of American Indian Studies at the University of Minnesota. “It erases a long and very complicated history of conflict.”

As a result, many Native American families came up with new ways of approaching the holiday.

“There have been lots of protests against Thanksgiving as a reminder that the narrative doesn’t hold for Indians,” O’Brien said. “Having said that, I’d say that most Indian families spend [Thanksgiving] getting together for a big family meal.”

Since his 3-year-old daughter was born, Clint Carroll, a University assistant professor of American Indian Studies, has made an effort to prepare at least one traditional Cherokee dish for Thanksgiving.

Carroll said he believes this tactile experience is important, especially for those who aren’t connected with the land or soil on a daily basis.

Heid Erdrich, a poet and member of the Turtle Mountain Band of Chippewa Indians, said her family gathers in North Dakota for a meal involving more than 100 dishes.

“We spend a lot of time talking about how we cooked and where we gathered the foods from,” she said.

Last Friday, Erdrich released her new cookbook “Original Local: Indigenous Foods, Stories, and Recipes from the Upper Midwest,” which she wrote in response to a lack of awareness about indigenous foods in the local foods movement.

Erdrich said most of what we consider American food was actually created by Native Americans.

In recent years, a number of projects and organizations promoting the revitalization of indigenous foods and agricultural practices have popped up across the country, including the Decolonizing Diet Project, which was started by Martin Reinhardt of Northern Michigan University.

Reinhardt said he got the idea for the project when he realized that the foods served at an annual university tribal foods feast called First Nations Food Taster probably wouldn’t be considered indigenous.

“I got a little bit interested in that area, and eventually the question turned itself around in my head: Would I be able to eat today the way my ancestors did back then?” he said.

For one year, Reinhardt and a group of about 25 people ate exclusively pre-colonial foods, including those native to the land and those introduced by Native Americans.

Reinhardt said the diet improved both his health and his connection to food.

“It awakened something in me that I’d only known through gatherings and traditional ceremonies,” he said.

The list of foods included in those categories is surprisingly long.

“Two-thirds of all food we eat in the world today comes from the Western Hemisphere,” O’Brien said.

This includes most of what’s traditionally eaten during Thanksgiving: potatoes, cranberries, corn, squash, pumpkins and turkeys.

“People have this idea that Indians were hunters, but the overwhelming majority of Native Americans were agriculturalists in a serious way,” O’Brien said.

Sammie Ardito Rivera is the outreach and education coordinator for Dream of Wild Health, a 10-acre, native-owned, native-grown farm in Hugo, Minn. Rivera said she had always been told her ancestors were hunters and gatherers.

“I’m Ojibwa, [and] I didn’t even realize that my community had strong agricultural ties until much later in life,” she said.

Dream of Wild Health was founded to address this issue, giving local Native Americans a way to reconnect with the land and indigenous foods. The farm focuses on youth programming, food access and seed saving, which Rivera called the “pre-colonial part of the program.”

In recent years, seed saving has been complicated by corporations like Monsanto, which put restrictions on seed saving and patenting. In turn, Dream of Wild Health had to make special efforts to protect its seeds.

“It’s not that we are interested in making a profit off of our culture,” Rivera said. “We just don’t want to put it into that capitalist process.”

For many Native American families, Thanksgiving is an opportunity to reclaim and eliminate a national myth.

“I want the whole country to rededicate Thanksgiving to indigenous foods and leave off the myth that it was some sort of pilgrims-and-Indians thing, because I think we all know that isn’t true,” Erdrich said.

The idea of thanksgiving days existed long before President Lincoln’s proclamation, O’Brien said. But they wouldn’t just be called on the fourth Thursday of November.

Reinhardt, founder of the Decolonizing Diet Project, said that although his friends and family think otherwise, neither he nor his wife believe in celebrating Thanksgiving as a national holiday.

“We believe that it’s thanksgiving every day,” he said. “We should always be thankful for what we have and especially [for] the food that sustains us.”