Some council members raised concerns over the curfew's effect on community members trying to protect homes and businesses. 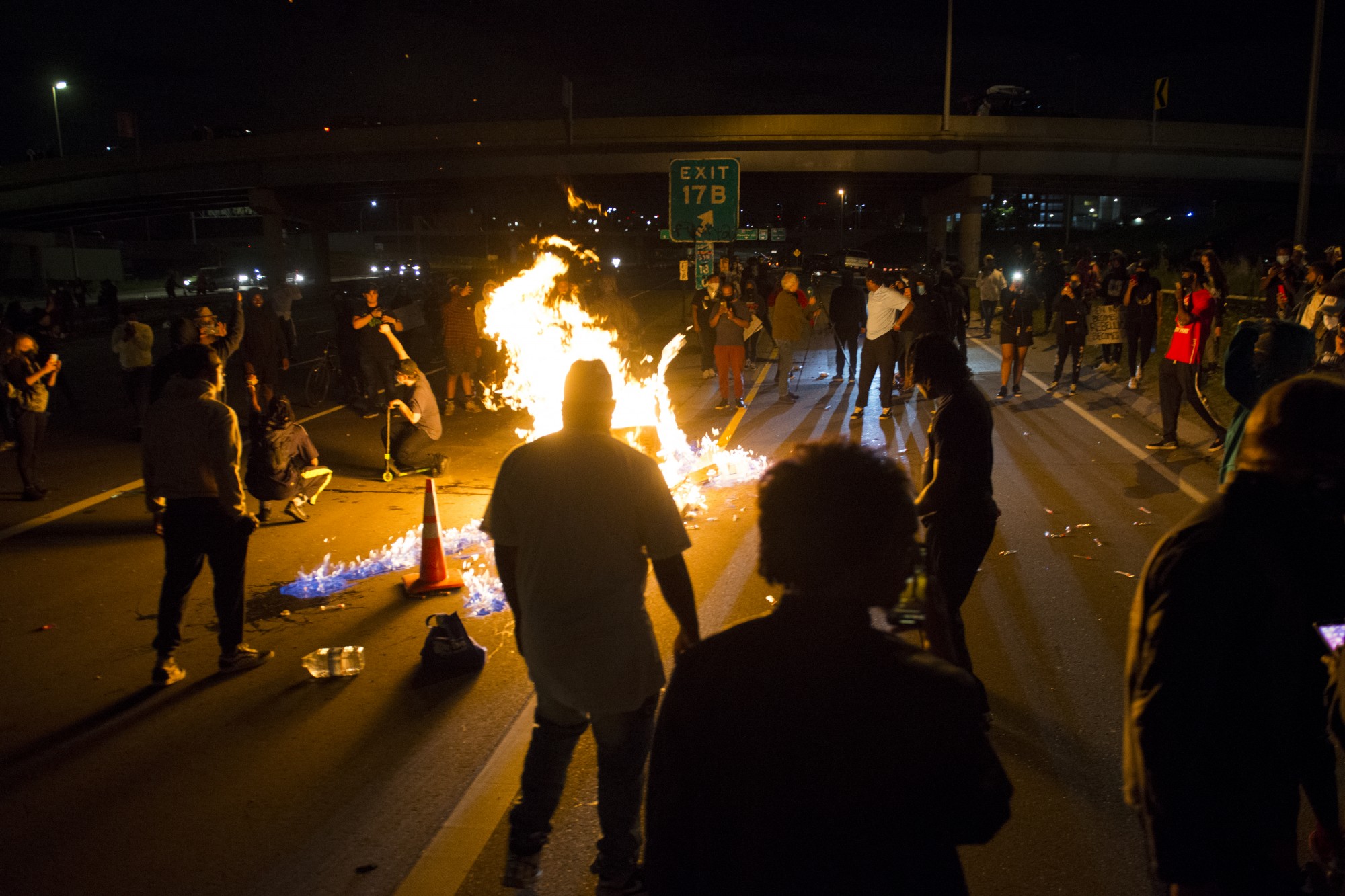 Protestors attempt to block traffic and light a fire on Interstate 35W on Friday, May 29.

The Minneapolis City Council met with local and state leaders Saturday to discuss ongoing protests and riots affecting the city after a then-police officer kneeled on George Floyd’s neck, killing him.

Council members ratified two measures put into place by Mayor Jacob Frey in recent days: a local state of emergency and a citywide curfew. Council members said these actions would help protect the city from outsiders instigating violence and property damage, but some raised concerns over the effect on the local community.

Frey urged Minneapolis residents to abide by the 8 p.m. curfew in effect Saturday night. He said people from outside the city have taken advantage of protests to cause damage, loot businesses and start fires.

“There are so many outside influences that are using peaceful community protestors as prey,” Frey said. “We are asking everyone to stay home.”

But council members Phillipe Cunningham and Jeremiah Ellison raised concerns over a curfew’s effect on community members looking to protect homes and businesses from rioters. Cunningham noted community watch volunteers would technically be violating the order.

Minnesota Department of Public Safety Commissioner John Harrington said rallies and protests during the daytime are safest. Arrest records show individuals from states including Arkansas, Iowa, Illinois and Missouri have been involved in looting and rioting in the city, he said.

“We recognize that in a world that while you’re having a protest, while you have your sign while you’re trying to speak, if someone is throwing molotov cocktails or is setting fire to a car, your right to protest is being severely curtailed,” Harrington said.

Harrington said the state will bring in more resources to help fight fires. Around 2,500 National Guard members will also be deployed for Saturday night’s protests.

Harrington noted that the 2nd Precinct, which includes University of Minnesota neighborhoods of Southeast Como, Marcy-Holmes and Prospect Park, had the least amount of protests and rioting of the city’s five precincts.