Angus Flanagan earned a fifth-place finish in the tournament. 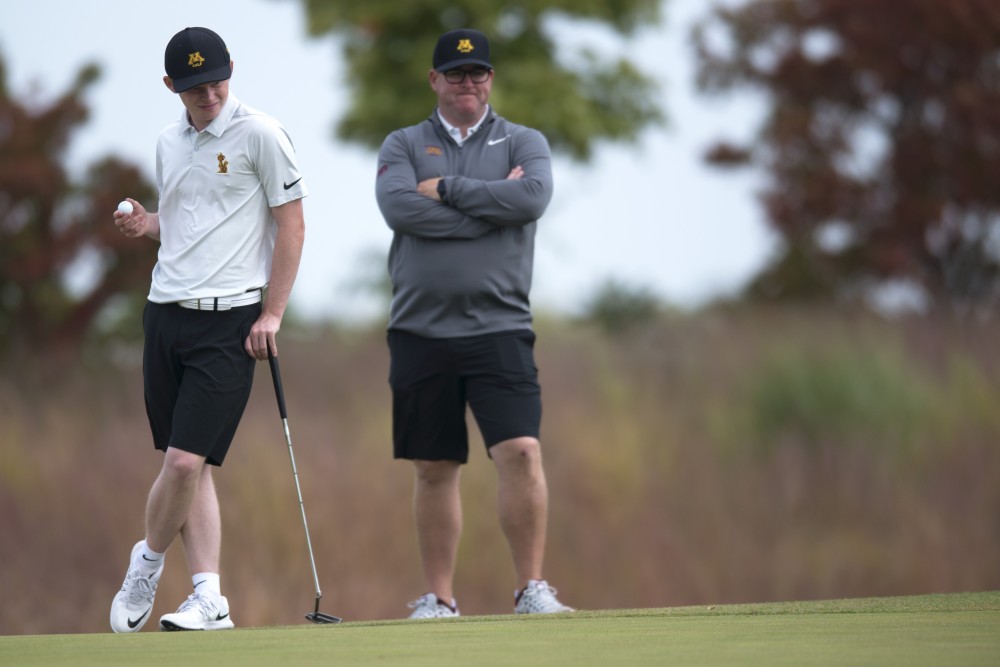 Angus Flanagan competes in the Gopher Invitational on Sept. 10.

In Minnesota’s meet at the Maui Jim Intercollegiate Tournament, Flanagan lived up to his recruiting acclaim.

The freshman led the Gophers with a fifth-place finish after shooting four under par as the team finished sixth at the Desert Forest Gold Club on Sunday.

“This is the best weekend we have had as a team against this competition in the last two years,” Carlson said. “We were thrilled to have two players finish in the top five against this difficult field.”

Jones finished in sixth place. He shot a 69 on Sunday, finishing 3-under.

Three Gophers were in the top ten as day two ended. Flanagan shot 1-under par in his second round to move him up to seventh. Johnson and Jones finished tied for 10th on that day. Johnson carded a 74 and Jones shot an even-par round of 72 for the second day in a row.

Minnesota’s next event is the Alister MacKenzie Invitational, which starts on Oct. 9.

“Having three rounds of even par or better is something worth talking about with Peter Jones this week,” Carlson said. “I am very excited to see the growth of him and our team.”