Four people hit by a car in Stadium Village 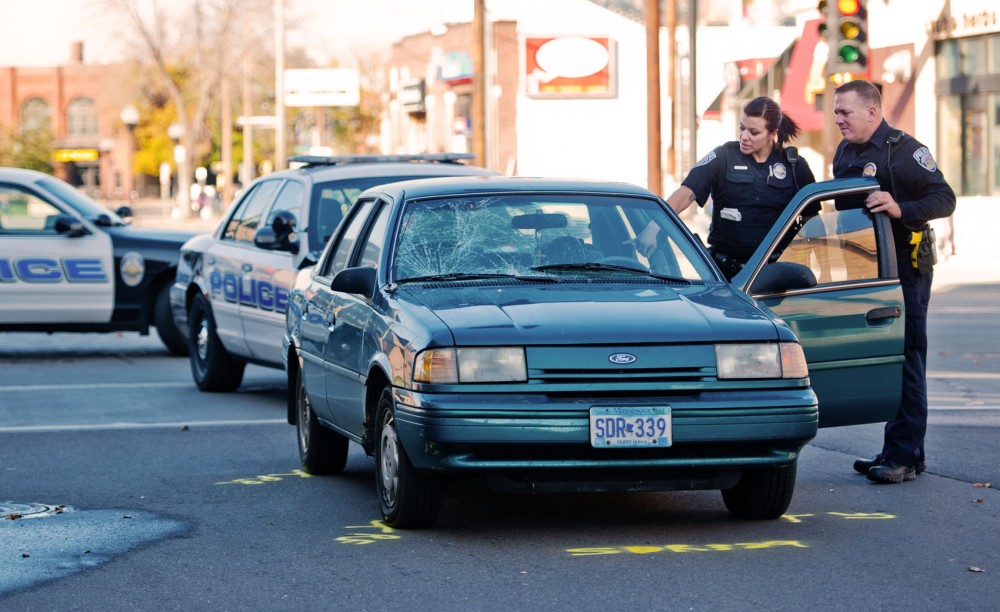 All four people and the driver were taken to Hennepin County Medical Center with non-life threatening injuries.

The driver of a Ford Tempo was taking a left turn onto Oak Street from Washington Avenue and said she didn’t see the pedestrians crossing the street, according to a University police officer on the scene. The driver of the car stayed at the scene.

After a lunch at Big Ten Restaurant, the group, which included Duffy’s brother and his girlfriend, who weren’t hit, began to cross the south side of Oak Street at Washington Avenue before they were hit.

“We got the walk signal and took maybe a few steps, and the next thing I knew, I was in the air and then on the ground,” Duffy said.

Duffy, who said he sustained minimal injuries but had some bad bruises and scrapes, said his dad probably got hit the worst and would be staying at the hospital Sunday night.

He said his dad’s leg was hurt, possibly fractured, and he had hit his head in the collision.

Reynolds’s knees were “pretty banged up,” Duffy said, and the hospital was going to keep her for a few more hours to make sure her head was OK.

The passenger side of the car’s windshield sustained a large crack, but there was little other visible damage to the vehicle.

The officer said the driver was “pretty shook up.”