State lawmakers call for 90% room and board refund

Lawmakers discussed a proposed bill on Monday that would apply to the University of Minnesota. The University said last week it would provide $1,200 in refunds for students who have left the dorms early. 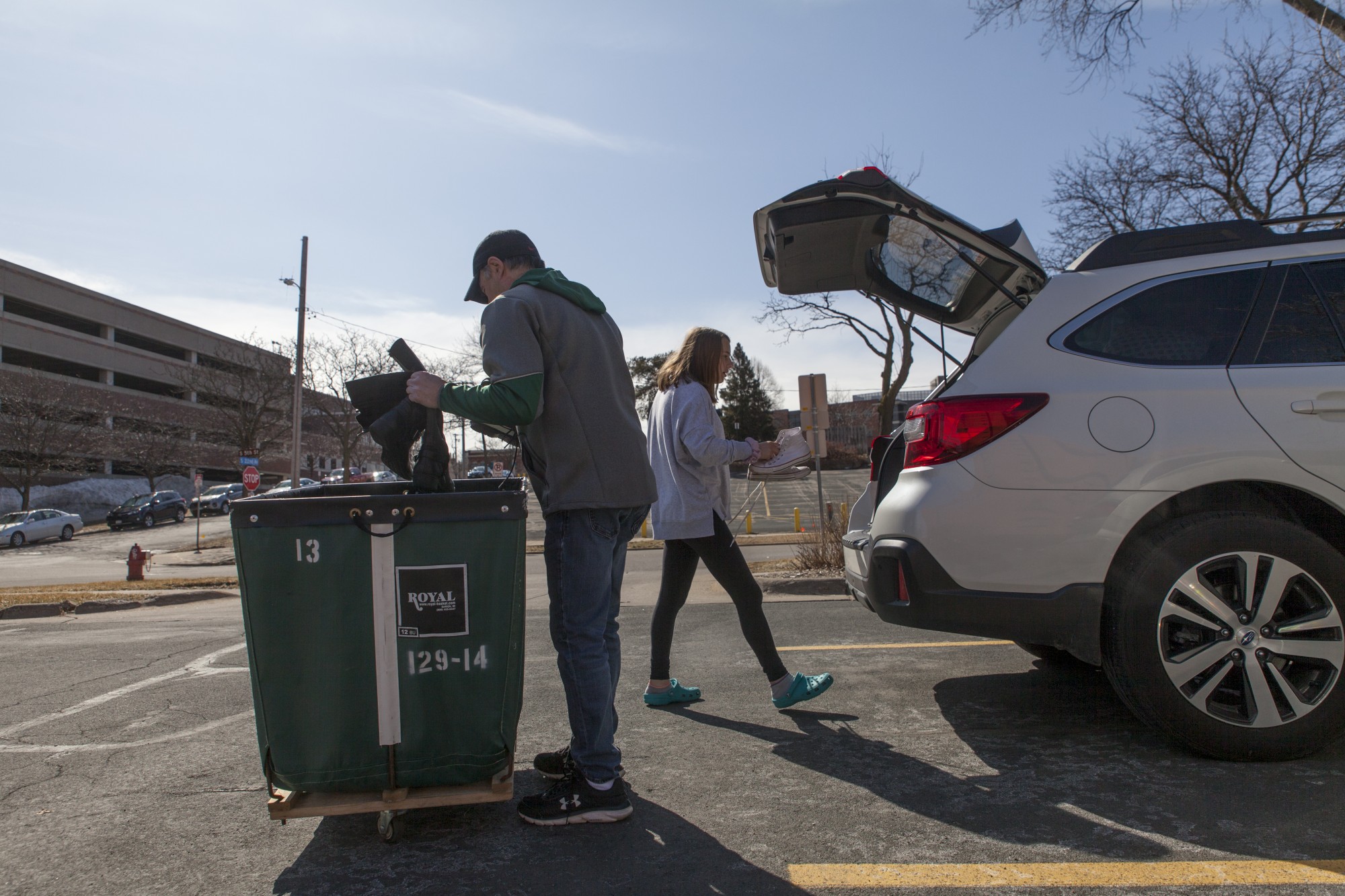 Freshman Marissa Mazzetta loads her belongings in preparation for her return to Illinois with her father, Jim Mazzetta, at Middlebrook Hall on Saturday, March 21. Mazzetta, like many freshmen at the University of Minnesota, is moving out of University Housing as a result of COVID-19.

State lawmakers are drafting legislation calling for universities across the state to refund “at least 90%” of unused room and board fees to students, after many students were asked to leave on-campus housing to slow the spread of COVID-19.

Rep. Patrick Garofalo, R-Farmington, announced in an online press conference Monday that the bill’s purpose is to raise awareness to the public and call on universities to relieve students of financial burdens during these unprecedented times.

Legislators understand the difficult decisions university administrations have to make, but that it’s wrong to charge students for living spaces they aren’t using, Garofalo said.

The University of Minnesota announced last week that it would provide a $1,200 dollar flat rate for students who were no longer living in the dorms as of April 1, which quickly received negative feedback from parents and students alike.

A petition, which began March 27, is calling on the University to give students a “fair refund.” The petition also cited the CARES Act, passed by Congress on March 25, which provides higher education with $13.95 billion to fund a COVID-19 response.

The legislation, Garafolo said, is “silent” on determining what that 90% looks like across university systems, but that what’s important is that “it’s being proposed that college students have to pay for room and board that they’re not using, and that’s not right.”

As of now, the bill applies to public universities, including the University of Minnesota. The costs for the refunds would be paid for by individual institutions, and not come from the state budget.

Garofalo said he has not heard the same criticisms of partial refunds from private institutions, though that does not mean the same problem does not exist.