The Gophers took home eight titles as a team at their first meet this year. 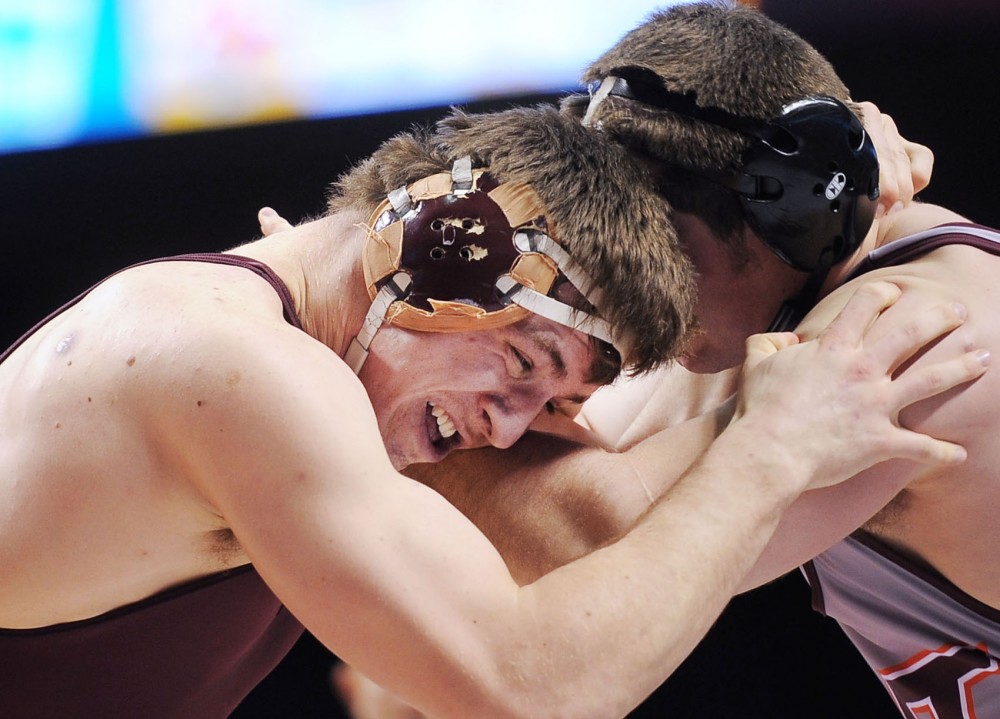 The No. 3 Gophers wrestling team opened its season Saturday with eight individual titles at the Bison Open in Fargo, N.D.

“We’ve got a really well-rounded team,” Nelson said. “That’s why I think we walked away with eight titles.”

Minnesota was one of three Division I teams to participate in the event and dominated the mostly Divisions II and III competition.

Nelson, who went 4-0 on the day, pinned the first three wrestlers he faced and won a 2-1 decision over teammate Michael Kroells in the heavyweight final.

Minnesota redshirt junior Chris Dardanes went 5-0 and won the 141-pound title. Dardanes was wrestling competitively for the first time since the NCAA championships last March because of an injury.

Minnesota’s top-returning 125- through 157-pound wrestlers all moved up a class from last season, including Dardanes, who wrestled at 133 pounds last season. He said everyone is feeling good about the change.

“We’re all feeling a lot better — a lot more energetic and ready to roll,” Dardanes said.

Minnesota will compete Saturday at the Harold Nichols Open in Ames, Iowa.

“We’ve got a really good team coming back,” Nelson said. “I’m excited to see what we can do next weekend.”